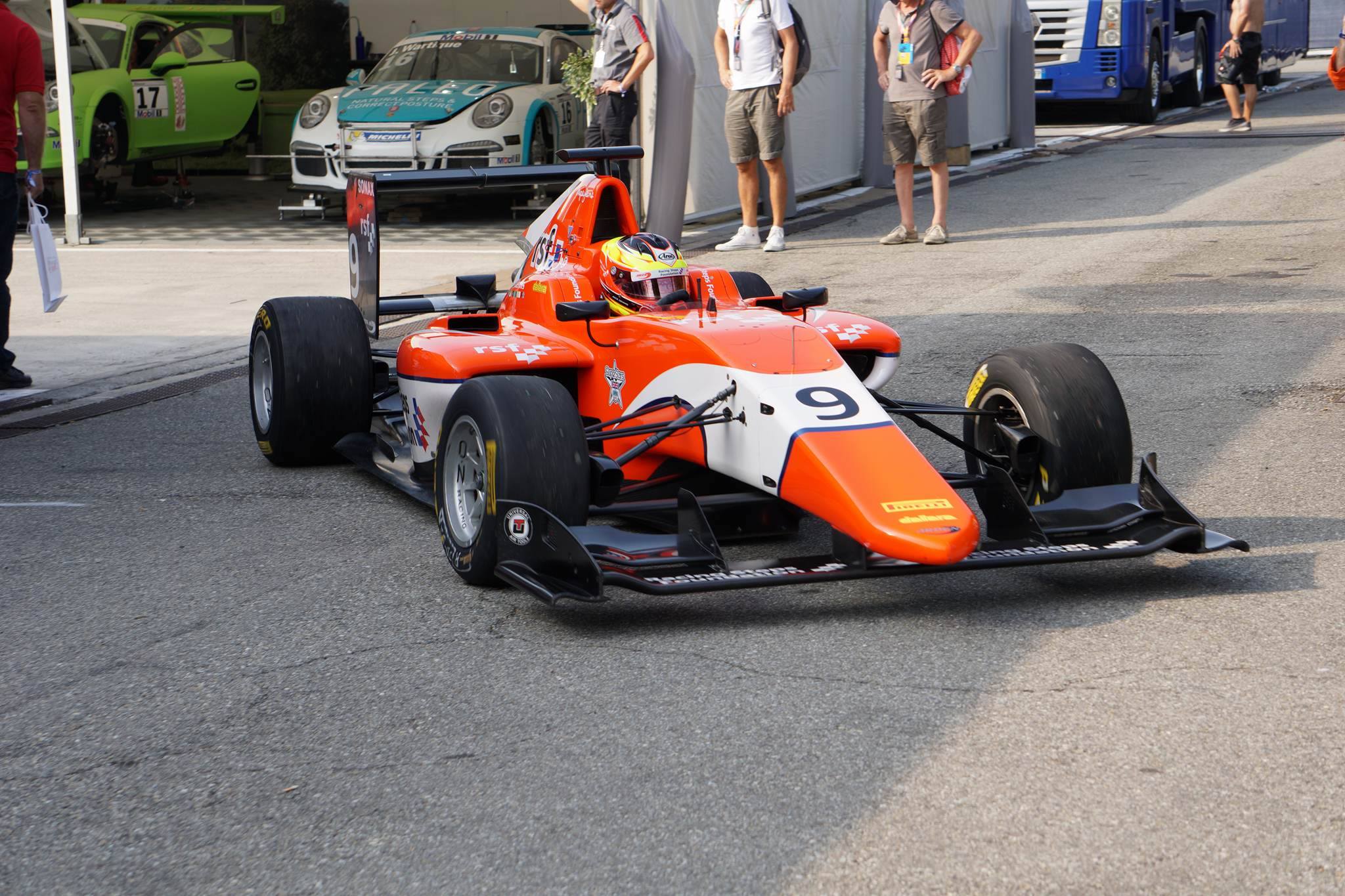 Charles Leclerc started on pole position ahead of Jake Dennis and Jack Aitken.  Giuliano Alesi, after stopping in free-practice and qualifying, stopped once again during the formation lap.

No change at the start for the leaders. Fukuzumi passed Albon for fourth place on the second lap. Kevin Jörg, stopped for a couple of seconds on track, got the safety car to be deployed.

Leclerc nails the restart while Arden are fighting. Boschung and Palou had contact in the chicane. On the fifth lap, Dennis passed Leclerc for the lead, one lap before Aitken passed the Monegasque. While the Arden got away ahead, Fuoco got close to Leclerc but destroyed his tyres in his slipstream. Boschung was handed a ten second penalty for causing a collision with Isaakyan.

Halfway through the race, Fuoco dropped down to eighth position, being overtaken by Hughes and three ART GP within three laps. Hughes also overtook Leclerc for third position. The four ART were running together for the last laps and Fukuzumi was unable to make the move on Leclerc.