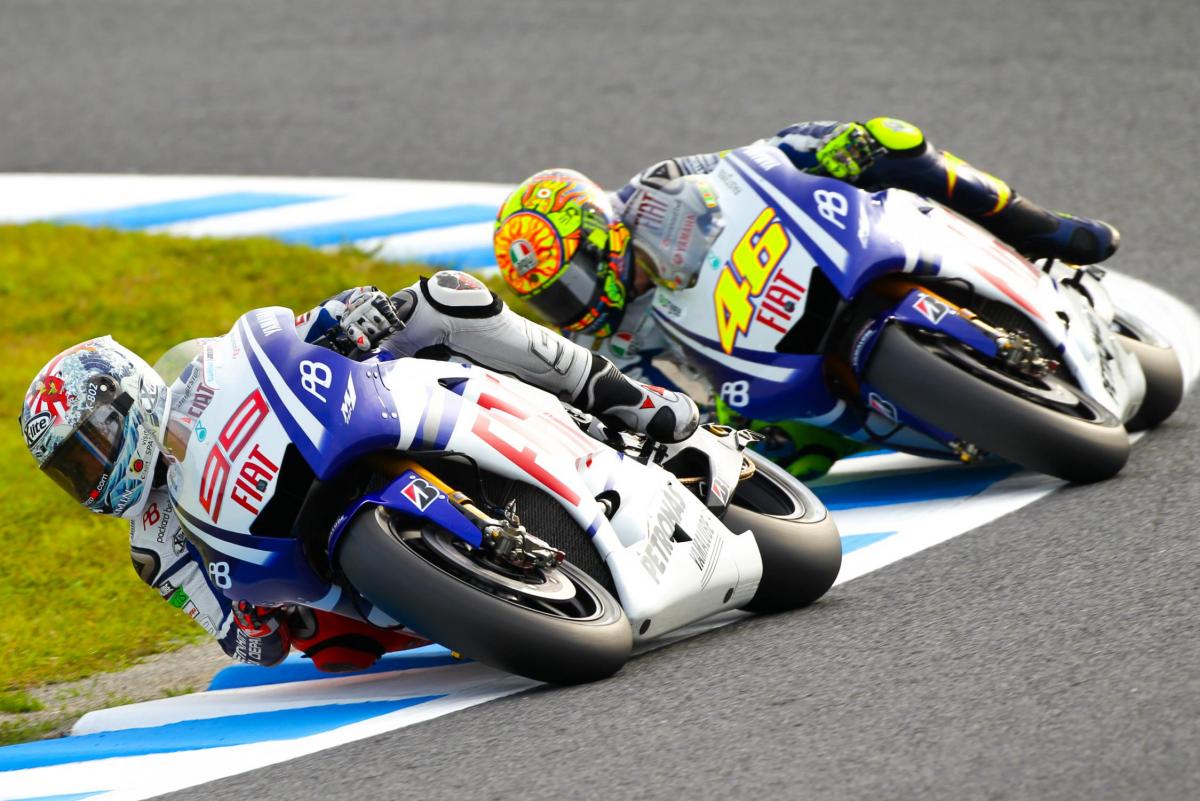 Jorge Lorenzo says he was Yamaha’s young replacement for Valentino Rossi if the Italian quit MotoGP or switched to F1.

Rossi had tested for Ferrari then with high amount of speculation for the Italian to leave MotoGP and switch to F1. In fact, Luca Cordero di Montezemolo told Motorsport Network, that they considered him to race for Sauber but the rider turned it down.

He didn’t wish to finish fourth or fifth when he was winning in MotoGP. Lorenzo noted about the speculations when speaking to Sky Sports Italy, adding that Yamaha opted to sign him with a view to build him up if Rossi quit two-wheel racing for F1.

Fast forward to 2021, Lorenzo thinks it was logical from Yamaha at that time and even now. The Spaniard was surprised with Rossi switching to Petronas SRT but he was certain that Fabio Quartararo would get the factory ride, considering his talent and age.

“I was surprised by the choice to pass Rossi to Petronas,” said Lorenzo. “I didn’t expect this decision because seeing Valentino compete outside the official team was something that would never have occurred to me. I don’t think it will change much for him.

“We have seen that Quartararo and Morbidelli have achieved the same results, sometimes even better than the official bikes, and I think the same will be true for Valentino. As far as the competitiveness of the bike is concerned, I don’t think it will have any disadvantages.

“In the media it is surprising news. But Yamaha, like all companies in the world, must look to the future. I remember when I signed with Yamaha in 2007 to switch with them in 2008, they were looking to the future in the event that Rossi was switching to F1, as was rumoured, or if he had chosen to quit.

“Yamaha therefore had to look ahead and that is why they chose a young rider, like I was at the time, and now that Valentino is 41 years old Yamaha, like all companies in the world, must look to the future and the future passes for young riders. As is the case of Quartararo,” summed up Lorenzo.