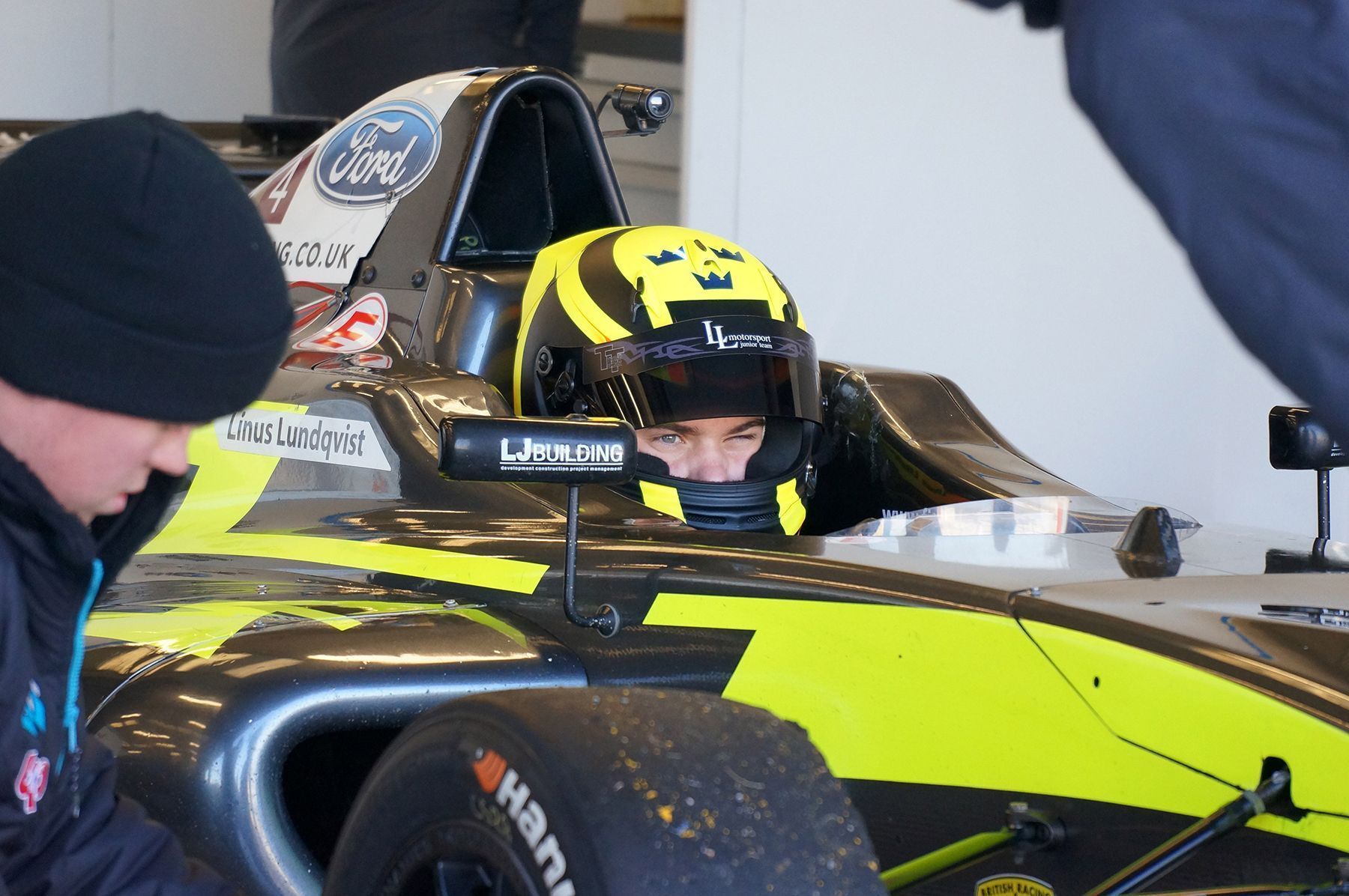 17-year-old Lundqvist stormed to glory in the Scandinavian-based Formula STCC Nordic championship in 2016, winning 10 out of 14 races, as well as the North European Zone title.

In 2017 the Stockholm resident will set about his biggest challenge to date, leaving the Swedish arena to go head to head with some of motor racing’s most promising prospects in the UK’s official FIA Formula 4 series.

Lundqvist will take to the grid with Woking-based outfit Double R Racing and is eager to make a name for himself in the UK’s leading single-seater championship.

Lundqvist has already got plenty of Ford EcoBoost-powered miles under his belt having tested the British F4 racer for three days at Silverstone, topping the times on each occasion at the home of the British Grand Prix.

Among those to have raced for the squad are the likes of Bruno Senna, Felipe Nasr and Lundqvist’s countryman Marcus Ericsson of the Sauber F1 team.

A packed pre-season testing schedule begins in earnest this week on Friday 3 February at Oulton Park. Drivers will aim to get to grips with their Ford EcoBoost-powered machines ahead of the first meeting of the season which will take place at Double R’s ‘home’ track Brands Hatch, on 1/2 April.

2017 will once again see the F4 British Championship certified by FIA – powered by Ford star alongside the BTCC, as the sole single-seater support series on the live-televised TOCA package.