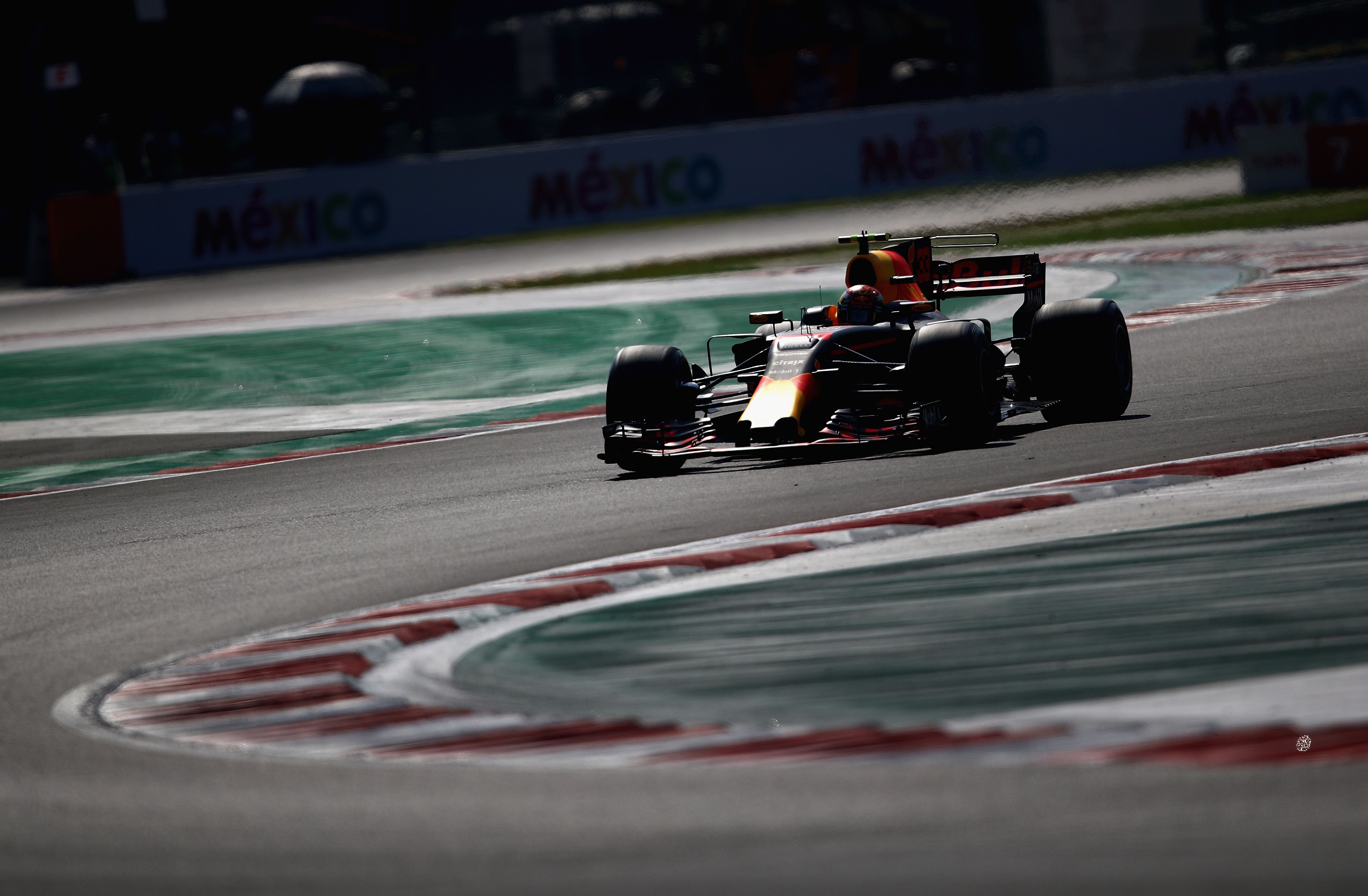 It is a very disputed start with Max Verstappen, Sebastian Vettel and Lewis Hamilton going side by side into turn 1, ending up with the two title contenders touching and pitting at the end of the first lap. Both rejoining the field in the two last positions. Another driver seeing in trouble is Carlos Sainz (Renault), who after a great start and a 5th position, has to pit for new tyres. Coming out of the pits he finds himself in-between the Ferrari and the Mercedes.

Daniel Ricciardo (Red Bull Racing) is the first driver to abandon, with a probable engine/turbo failure. As the first lap incident between Vettel, Verstappen and Hamilton is noted by the stewards. Nico Hülkenberg (Renault), who was running 4th is the next to abandon due to an unsafe car, an is told he has to get out as quickly as possible by jumping out.

At the back, Lewis Hamilton is still stuck behind Carlos Sainz in dead last position, the brit seeming to have given up on the battle and getting blue flags to let Max Verstappen and teammate Valtteri Bottas past. When after 28 laps, he suddenly finds a way past Sainz and is now in chase of Pascal Wehrlein (Sauber). Vettel is still on a stroll, running in 10th. The German is now stuck behind Fernando Alonso (McLaren Honda), who is in a battle with Marcus Ericsson (Sauber)for 8th position. When Ericsson decides to pit, Alonso has no DRS to help anymore and Vettel finds a way past the Spaniard.

Lewis Hamilton seems to have finally woken up, now pushing to battle his way back more up front. Sergio Perez (Force India) is in a battle with Kevin Magnussen (Haas), when the local hero finds a way past the Dane it is a loud cheer from the crowd for their Mexican. We see a lot of action in this stage of the race, with Pierre Gasly (Toro Rosso) passing Romain Grosjean for 12th position. Brendon Hartley (Toro Rosso) reports a lot of smoke and has to stop the car as fire comes out of the exhaust, which leads to a virtual safety car. This is the moment most drivers chose to pit.

After the virtual safety car, the positions are as followed: Max Verstappen leads the race followed by Valtteri Bottas and Kimi Raïkkönen. Ocon, Stroll, Perez and Magnussen follow in 4th, 5th, 6th & 7th position. Sebastian Vettel managed to find his way to 8th position. Vettel seeming very quick, as he passes Perez for 6th position. The latter one then decides to pit for new tyres, seeing his gap on Magnussen is big enough to not loose a position.

In the end stages we see a lot of abandonments, with Marcus Ericcson being another victim of an engine failure. He’s the fourth driver to abandon, 9 laps to the end we have a fifth abandon. It is the other Renault of Carlos Sainz who gets in the pits and is pushed back in the box. Vettel is now running in 3rd position after easily passing Lance Stroll and Esteban Ocon, but the Ferrari driver is 24 seconds behind teammate Kimi Raïkkönen.

It is an amazing battle for 9th we see unwinding between Fernando Alonso and Lewis Hamilton. Two world champions, beautifully and respectfully fighting. A real threat for the fans and a great moment in the race, with Hamilton eventually winning the duel.