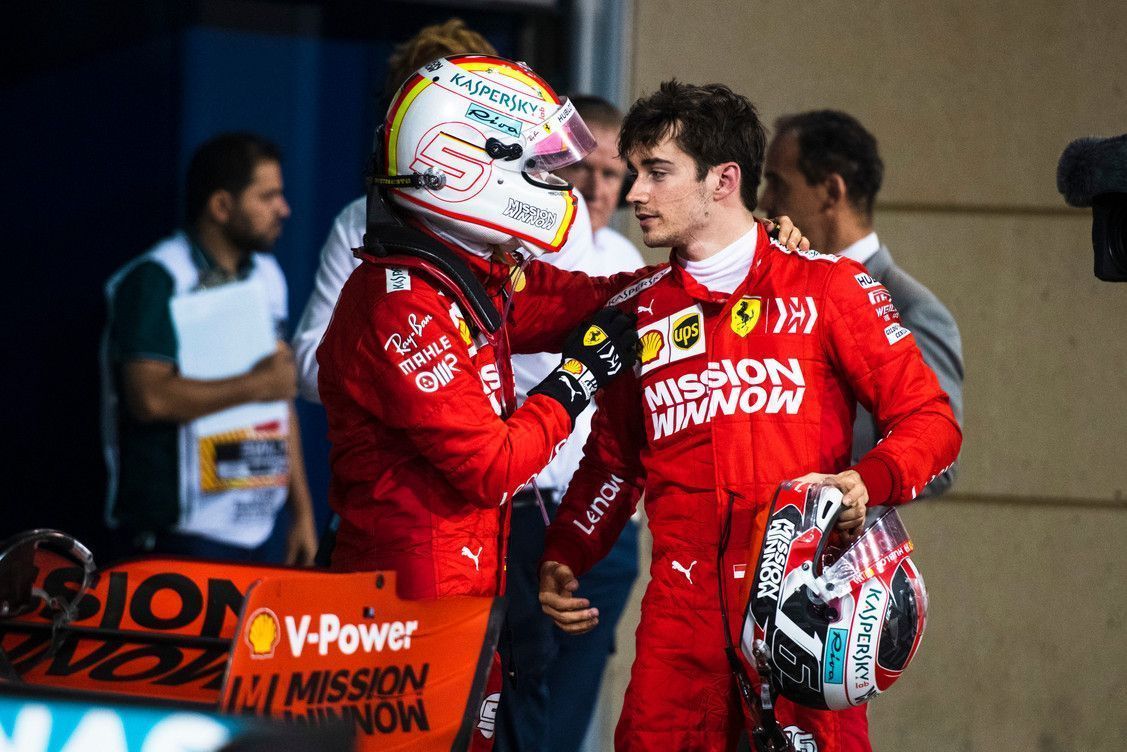 F1 technical head Ross Brawn is of the view that Ferrari’s Charles Leclerc’s mature showing in Bahrain GP will ‘serve him well in future’.

In only his second race with Ferrari, Leclerc managed to out-gun Sebastian Vettel and also the Mercedes duo of Lewis Hamilton and Valtteri Bottas until the disastrous engine issue which took away a sure first grand prix win for the Monegasque from pole.

All weekend, Leclerc looked on pace and also supremely consistent – with a much better performance after the mixed Australian GP. He lost out to Vettel at the start of Bahrain GP and was all over the place but fought back well to re-gain the lead.

That pass on Vettel did not come easy as it looked as he ‘sort of’ defied team order, who asked him to wait for two laps but he did it anyway. He did look flustered on the radio when the issue with the cylinder happened but eventually handled it well.

This impressed everyone in the paddock including Brawn, who thinks the trait he saw will come in handy for him in future. “It was a sensational weekend in Bahrain,” wrote Brawn in his post-race column. “F1 can be a really cruel sport.

“In Bahrain, after being fastest at almost every stage of the weekend – with the exception of a short period after the start yesterday – Leclerc was living the dream. But then, with just a few laps to go his power unit began to play up and he slowed to the extent that both Mercedes got past him.

“It was a devastating blow for both driver and team, but especially for Charles. However, his fall to third place doesn’t take away from what was a brilliant performance the talented Monegasque youngster delivered.

“The way in which he regained the lead after a handful of laps, the skill with which he managed his tyres in what was a particularly difficult race due to the blustery sandy conditions, was majestic.

“I also appreciated how composed he was in dealing with what happened at the end of the race. That showed a great deal of maturity, a trait that will serve him well in the future. Charles truly deserved a win and the consolation of this first podium finish and I am sure he will be back on top very soon.”

In addition to Leclerc, Brawn was equally pleased with the performances of McLaren’s Lando Norris and Toro Rosso’s Alexander Albon – both scored their first points in F1 in only their second grand prix weekend in a fighting way.

He had a word of praise for Williams’ George Russell too. “Both Lando and Alexander finished in the points in only their second race in the category,” he wrote. “McLaren driver Norris had a particularly good weekend.

“On Saturday he made it into Q3 for the second consecutive time. On Sunday he converted that potential into good points, finishing sixth, the team’s best result since last year’s Australian Grand Prix.

The Woking team has definitely gone down the youth route this season. At the moment, McLaren’s choice seems to be paying off. In Faenza, the home of Toro Rosso they are well used to bringing on youngsters.

“But maybe even they didn’t expect Albon to be so well prepared for it. The Thai driver qualified well, in 12th place, and in the race did not put a foot wrong. He drove a sensible race, showing good pace and took advantage of the opportunities that presented themselves.

“Again, it was a mature, clever and laudable performance. George Russell, too, had a good race, even if the current difficulties at Williams mean that he does not have the equipment to fight with his fellow newcomers.

“It’s good that F1 is bringing through a genuinely exciting new generation of drivers. Not that we don’t like the established stars such as Lewis Hamilton and Sebastian Vettel, or the veteran Kimi Raikkonen, but new drivers are the sport’s life blood that help it grow.”