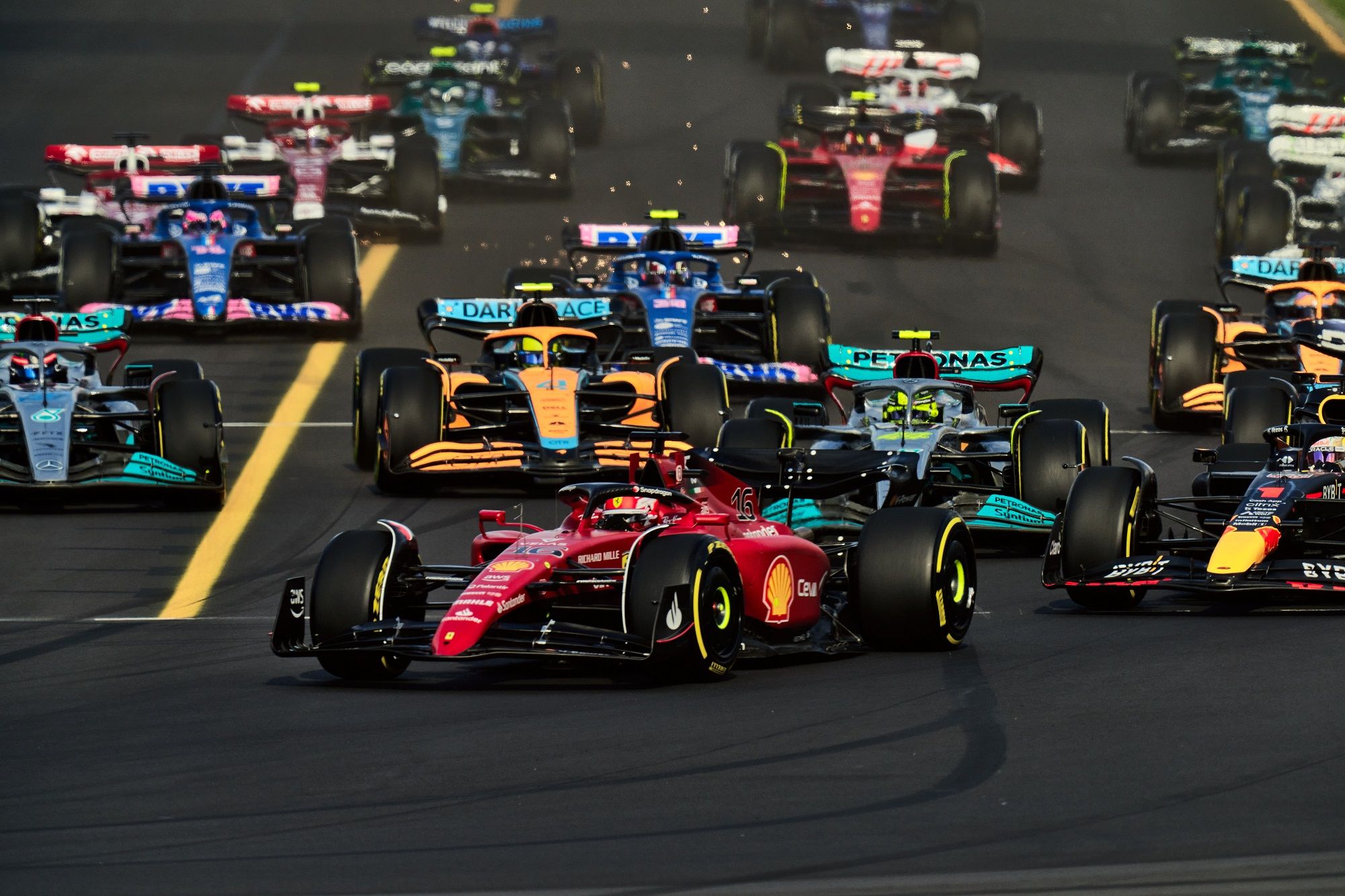 Charles Leclerc says he and his Ferrari team were “surprised” by their dominant display of pace in the Australian Grand Prix, but admits it wasn’t all plain sailing.

Under the Australian sunshine in Albert Park, Leclerc looked absolutely untouchable from the moment the race got underway. He demonstrated dominance that hasn’t been seen from a Ferrari driver since Fernando Alonso scored the team’s last ‘Grand Slam’ weekend of pole position, leading every lap and taking victory and the fastest lap all the way back in 2010.

This is Leclerc’s second win from three races, having also won in the opening round in Bahrain, and the Monegasque driver was never threatened in front of the capacity crowd except for a slightly slow Safety Car restart during the race.

Max Verstappen managed to draw alongside Leclerc into Turn 1 having slipstreamed the Ferrari enough to have the overspeed advantage, but not the racing line going into the right-hander. Leclerc explained after the race why he was slower off the marks when the green flag was flown, and how he stayed ahead of the Red Bull.

“I tried to prepare the last corner as much as possible, staying on the left, but I actually took quite a bit of old rubber and I just couldn’t turn for the last corner,” Leclerc explains. “So I lost so much and then we were side-by-side with Max for the first corner. I managed to stay in the lead and then it got much better with the tyres, and then we could pull a gap to have a bit more margin.”

Even though Ferrari looked to be the quickest throughout the weekend, barring teammate Carlos Sainz’s disastrous Sunday, the car was visibly one of the worst for the porpoising phenomenon as experts noted how the Ferrari settled in the high-speed corners unlike the Mercedes W13 after both exhibited considerable bouncing.

“I don’t know why but I am not very sensitive to it, and it looks extremely bad on the onboards. Of course, I feel it, but yeah, it doesn’t disturb me too much in terms of performance, just for Turn 9 maybe a little bit because it’s just tricky,” Leclerc admitted. “It’s bouncing a lot, but it’s definitely something we want to tackle because it doesn’t help us for consistency, especially sometimes once you have bouncing in a corner it can be a problem.

“So, we need to work on that. But today it wasn’t an issue. Or I couldn’t have gone faster if I didn’t have the bouncing. For the restart, it was a bit tricky, because I had it before Turn 1. So you’re never as confident to just brake extremely hard for Turn 1, but everything went well. It was just not so comfortable to do 58 laps like this.”

Leclerc says he expected to have more competition from the team’s closest rivals Red Bull, even taking into account that team’s reliability concerns which ultimately ended Verstappen’s afternoon early, and was overall “surprised” by his performance on Sunday.

“I think we were all surprised by our pace,” said Leclerc. “Yes, because I mean on the medium already, towards the end of the stint, we were extremely strong, we managed those tyres extremely well. We didn’t have too much graining, so yeah the pace was very strong.

“On the hard tyres we probably expected Red Bull to be a bit closer in terms of pace, but also there we seem to have the upper hand. And yeah, after qualifying and FP2, we didn’t see that performance difference between us and Red Bull. So it was a very good surprise.”