Home F1 Leclerc pushed Ferrari for one-stop, is surprised by pace of the car 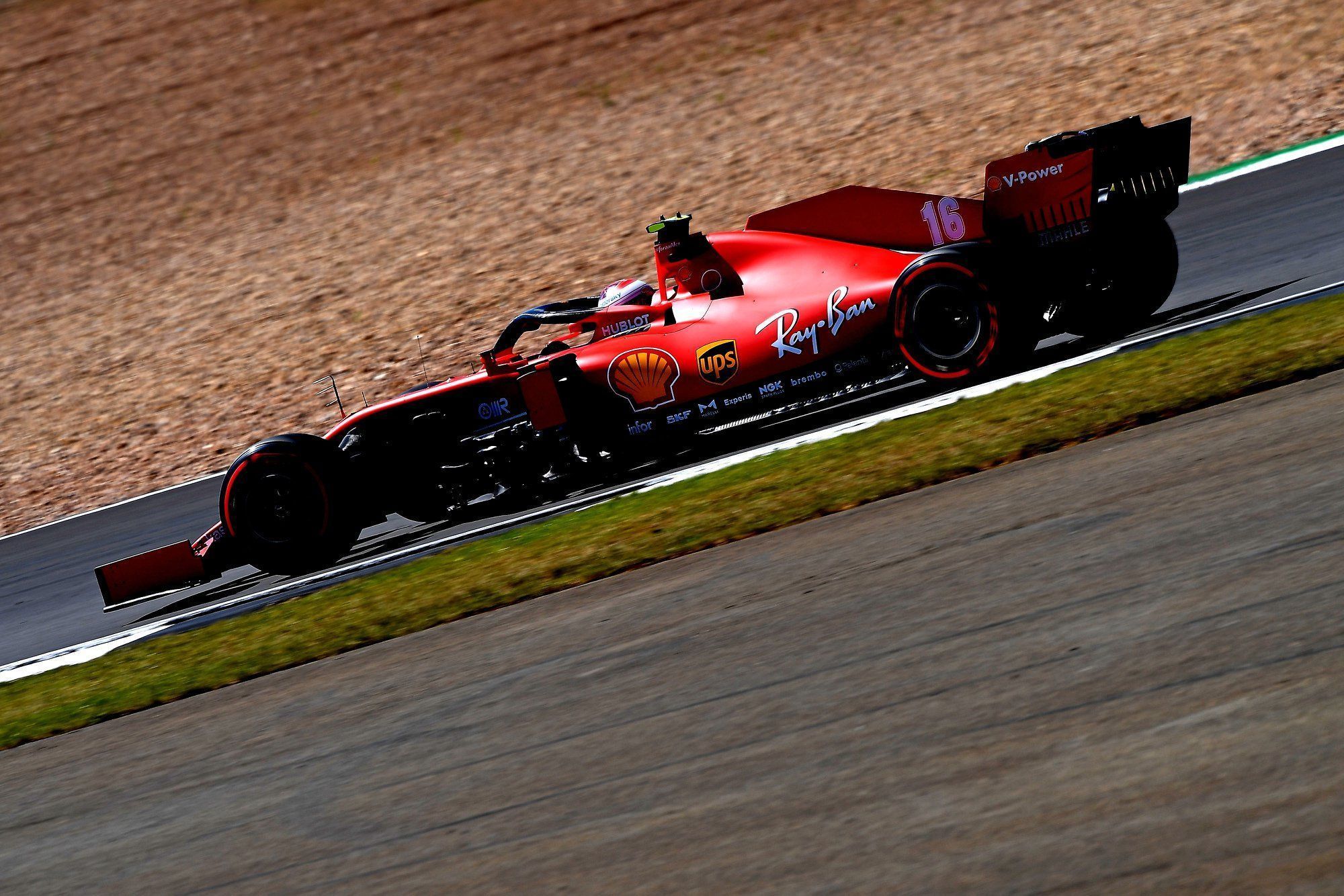 Charles Leclerc pushed Ferrari for one-stop strategy in 70th Anniversary GP as he tries to find answers as to why the car was quick.

In Sunday’s 70th Anniversary GP at Silverstone, Ferrari’s Leclerc was part of a minority group; a member of an elite group comprised of himself and Renault’s Esteban Ocon, that successfully managed to pull off a one-stop strategy inside the Top 10.

It wasn’t made easy for the Monegasque and his team, who had fast-degrading tyres to contend with throughout the race. He did, however, successfully weather the storm, ending the race with a P4 finish ahead of the two Racing Point and a Red Bull car.

Leclerc explained that he had pushed the team for the use of the one-stop strategy, after he had seen the pace of his car – something he has yet to fully wrap his head around. “I am so happy, I mean for me it feels like a victory,” he said.

“Of course it is not looking good once we call a fourth place a victory but at the moment, that’s where we are and last year my weakest point was tyre management and I have worked very hard and everytime I work and I see results on track, it is a huge satisfaction.

“To get a fourth place when I expected to go eighth in best case scenario or further down the grid, so I am extremely happy with the result. To be honest, we have to analyse why we were this quick as I don’t really understand for now.

“We need to look well at the data, qualifying was difficult but race was good. I think the strategy played an important part in our result, I pushed the team to work this one stop strategy, everyone was pretty scared after what happened last week, but we made it work.

“This morning I was pushing for one stop and also during the race, I was pushing for Plan C all the time, which is one stop strategy for here. In tough times like this, we need to be here with every opportunities we have,” summed up Leclerc, who felt the hot weather may have helped Ferrari to be slightly stronger.

While Leclerc was able to get his one stop work, on the other side, it was mixed emotions as Sebastian Vettel was left disappointed with the strategy choice despite the early spin. The Monegasque’s performances shows he is coming of age to a certain extent.

His first year with Ferrari was more of a youngster in the team but the current season is about building up from scratch. In the race as well, Leclerc had to pick and choose which battles were his to fight in the race in order to maximize the potential of his strategy.

One of which was fighting Lewis Hamilton towards the end, where he did not do much, knowing that Racing Point were behind on two-stop. Knowing his fights has specifically been one of his strengths in 2020 and he wishes to continue this trend.

“Personally and for the team, it is the same goal,” said Leclerc. “For me, I want to finish 2020, looking back at the year, knowing that I have taken every opportunity that we had and so far, I am very happy with the job we have done.

“It is because surely we are not fighting for the positions we would like to fight, but considering the situation we are in, we can maximize our package and that’s what we are doing, now we have to level up,” he summed up.