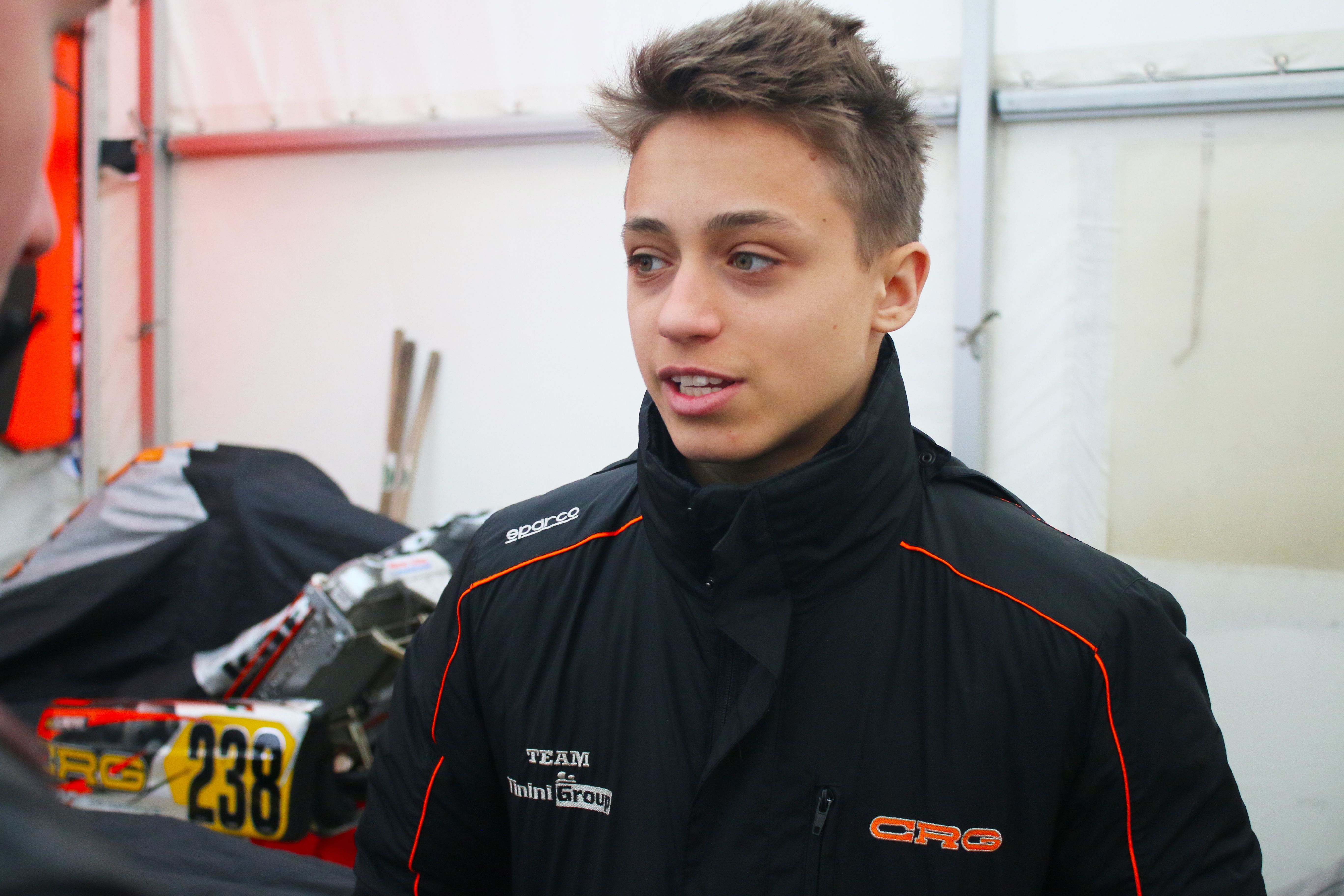 Kilian Meyer is 15 years old. Currently, he is living in Milano. He is CRG’s official driver and he competes in two categories: OK and KZ. He will participate in WSK, CIK-FIA European Championship, CIK-FIA World Cup and Spanish Championship (CEK).

Which is your main goal for this season?

First of all, I want to win. And then, I want to learn as much as possible to have a good formation for my future in this sport.

And which is your main goal in long-term perspective?

I want to compete in single-seaters to arrive in F1. If not, there are another interesting options in motorsport.

When do you expect to race in single-seaters?

We are working on it. If it’s possible, it will be next year. Last season I tested a Formula 4 with Porteiro Motorsport in Ricardo Tormo circuit (Valencia, Spain). It was fantastic. I was only one tenth slower than the poleman with old tyres. The sensations with the car were great. I hope I can compete soon in single-seaters.

How is your life in Milano?

It’s very nice. I moved in last September to be able to start the new scholar year, while I am closer to my team (CRG).

And do you speak well the Italian and English?

I don’t have any problem. Italian is very similar to Spanish, and I learnt English in my Swiss school.

You are a kind of special driver because of diabetes. How does it affect you in the competitions?

If you have all under control, what you eat and sugar,s it’s not a problem. On the contrary, it can help you because it make you more disciplined.

How is your training?

I train three times per week in gym for sessions of one hour and a half and then I run every day.

Do you have any referent in CRG?

I have no referent. But, maybe Pedro [Hiltbrand] is the driver to beat. 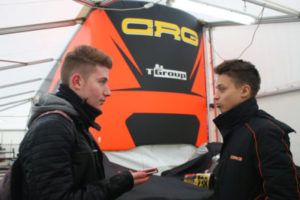 Does He help you?

Sometimes he helps me quite.

I always have liked Ferrari. My favourite driver is Lewis Hamilton. He is always very constant and he drives so smoothly.

What do you think about Verstappen?

He is a good driver, but sometimes he drives like he was a driving a KZ and there are some things regarding his driving style that I don’t like at all.

And What about Fernando Alonso?

Obviously he is a good driver, but he is not my referent.

What do you think about karting and his small repercussion in press?

It’s a pity. If karting had more visibility, there would be more people interested in and also a better atmosphere.

Does this situation affect, regarding sponsors?

Yes, a lot. Because as karting has a small visibility, there is no followers and therefore it costs so much for sponsors to decide joining this world. In single-seaters is much easier.

Those are interesting series with good drivers. Of course, what I want is to be a driver and become a professional.

What is your favourite track in karting?

PFI (United Kingdom), Bahrain International Circuit (Bahrain) and Powerpark Circuit (Finland). They are circuits with uphills and downhills and I love them.

Motorland Aragon, for his uphills and downhills as well.