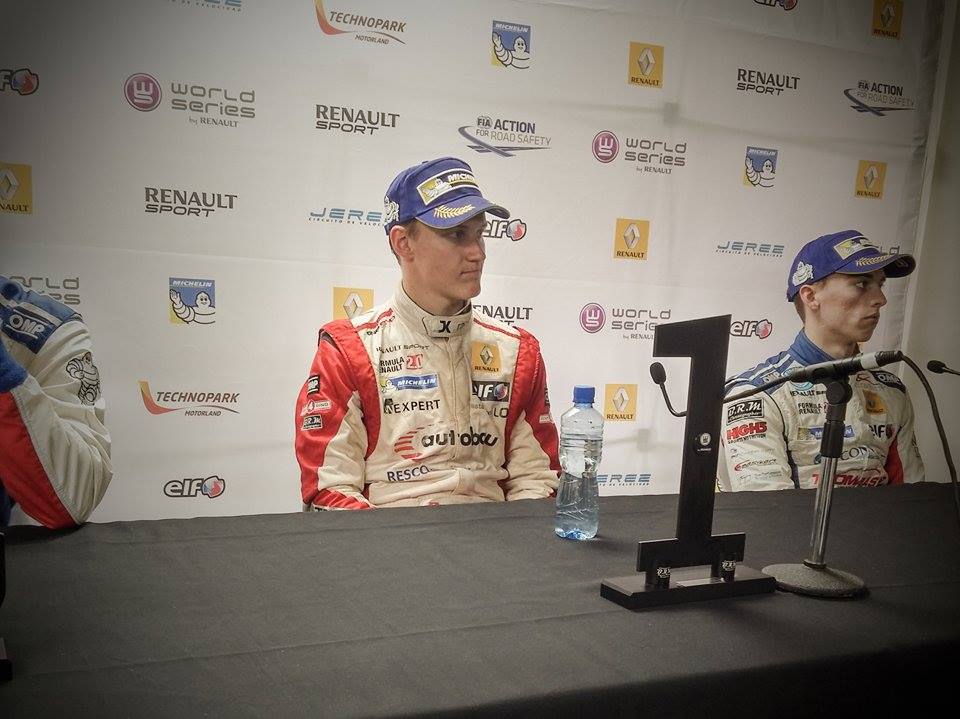 A mega start from Kevin Jörg in race 2 of the Formula Renault 2.0 Eurocup series this weekend saw the Swiss driver earn his first win of the year ahead of pole sitter Jack Aitken and Jake Hughes, who repeated his podium worthy performance from race 1 to narrow the gap in the championship standings to just 10 points to Louis Delétraz.

A poor start from Aitken let Ben Barnicoat – who’d lined up next to him on the grid – and Jörg squeeze him into turn 1: “I made a mistake and had to back out”, admitted Aitken in the post race press conference. Harrison Scott also made a poor start, slipping back through the field as quick starters such as Hughes, Delétraz and Sasahara soared. Anton De Pasquale from the midfield made a jump start, earning him a drive through penalty during the race.

Jörg, who didn’t expect to win the race despite having new tyres compared to Aitken and Hughes’ used, sat comfortably in front for the entirety of the race. Barnicoat and Aitken undertook a closely fought battle for the second step on the podium, the Fortec driver holding his ground until a sudden and brief loss of power on the exit of Stowe. This dropped him back into the lower half of the poins.

The tightest battle for the majority of the race was that between Hughes, Sasahara and Delétraz, all three drivers squirming and driving all over the road in attempts to simultaneously attack and defend. Scott also joined in on the action, always being thereabouts but not close enough.

The move that caught everyone’s eye though was Scott’s attempt at passing Barnicoat in a daring manoeuvre, one that didn’t pay off. The AVF flew over the top of Barnicoat’s newly repaired Fortec, landing Scott in the wall and further damaging Barnicoat’s car, leading to him dropping back to be the last of the finishers. Also not finishing was Ignazio D’Agosto, who ended up in the barrier early on.