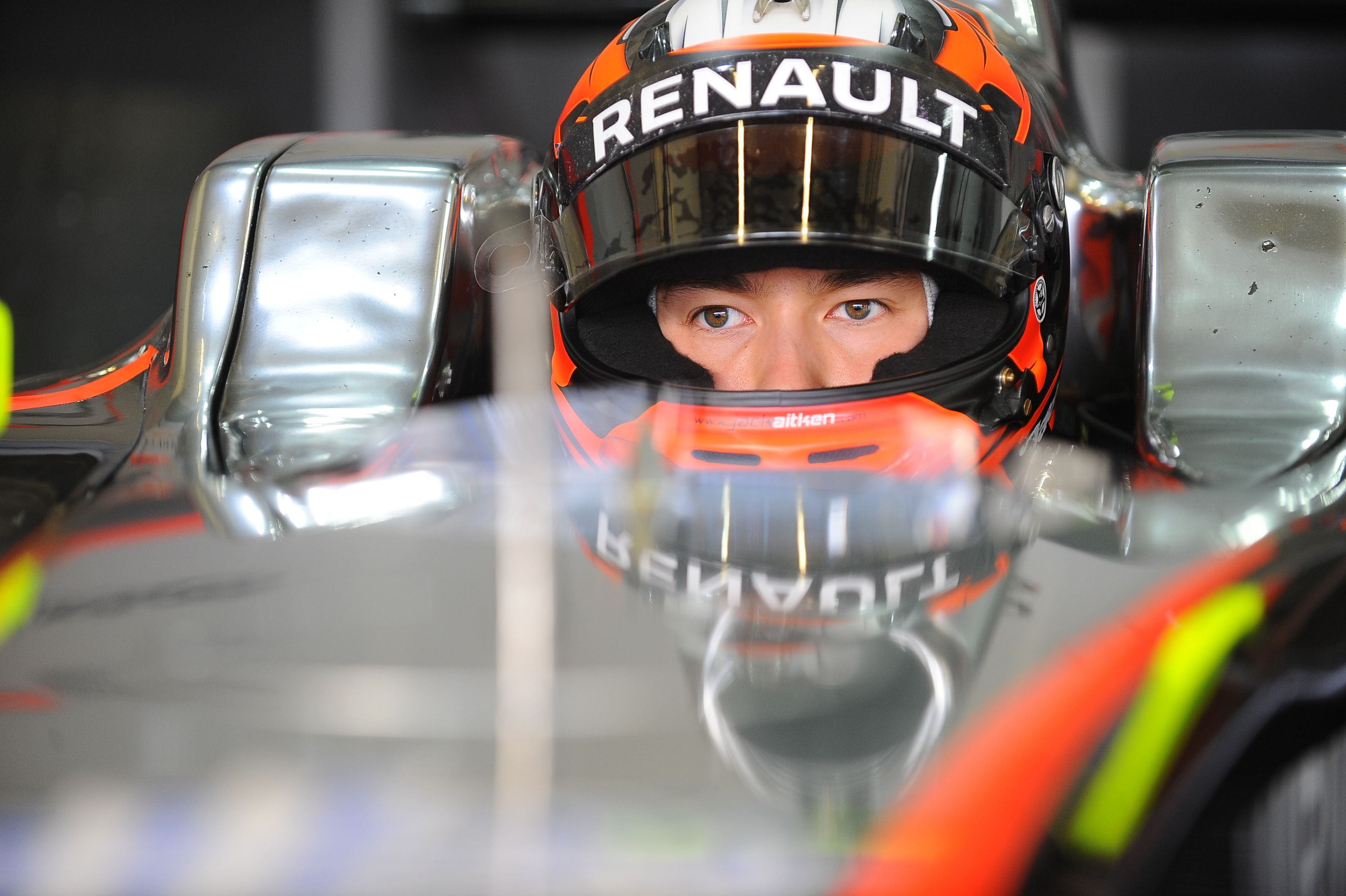 Jack Aitken continued to impress by setting pole position at Jerez in Formula V8 3.5 ahead of Matevos Isaakyan and Matthieu Vaxivière.

During the first stint, René Binder was the only one to stay in the pits while Egor Orudzhev first and then Jack Aitken set the fastest times. Several drivers like Yu Kanamaru and Tom Dillmann failed to respect track limits during the session.

Ten minutes into the session, Louis Deletraz put himself in the lead. Binder, benefiting from a clear track halfway through the session, managed to place himself second when Aitken’s time was deleted.

Aitken did not let himself down and managed to set the best time with three best sectors, quickly followed by both SMP drivers but who were unable to go faster than the GP3 driver.