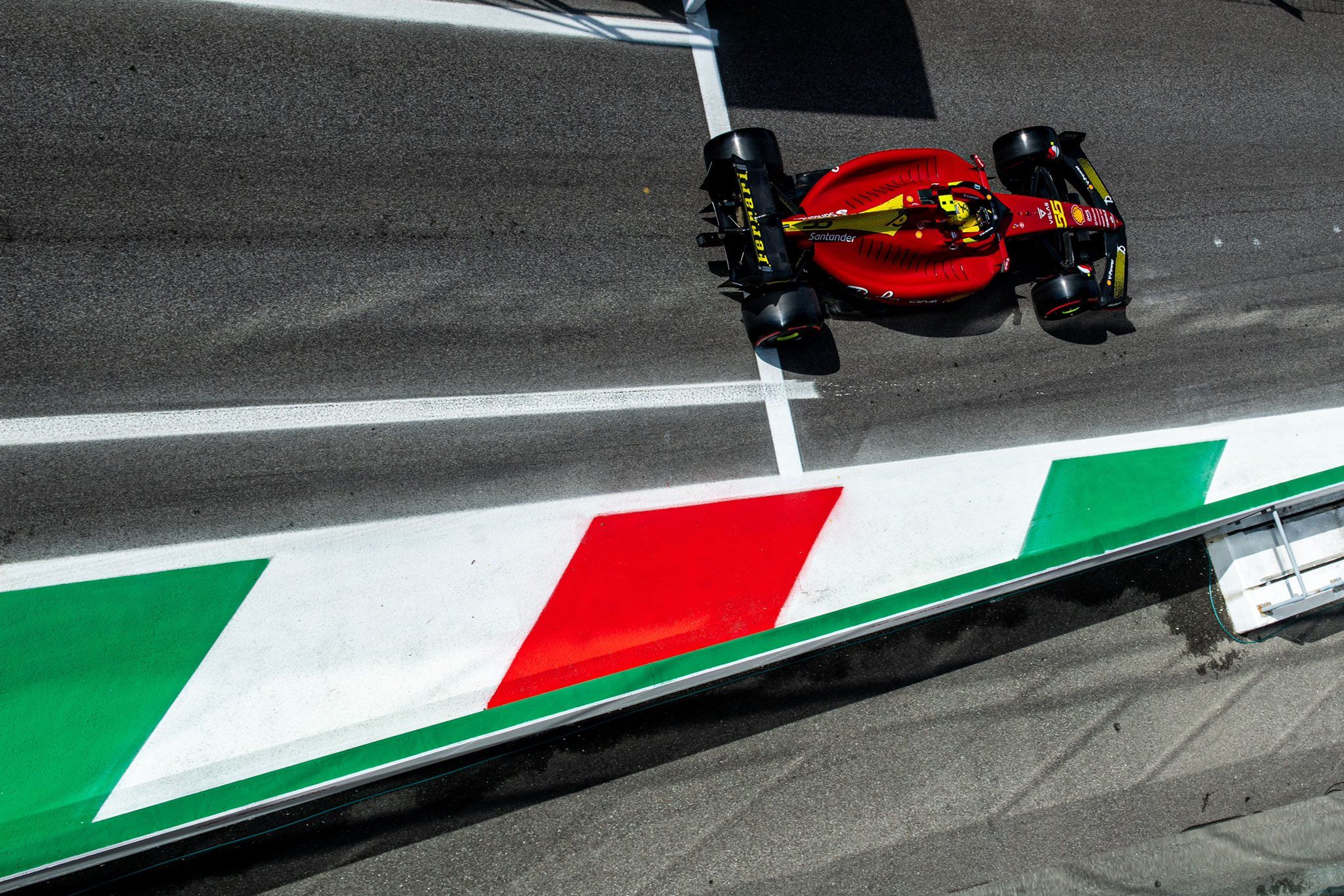 The FP2 session was smoothly run too in F1 Italian GP at Monza but with one red flag stoppage to recover the stricken car of Haas’ Mick Schumacher. The engine cut off for the German who was already down on laps after missing FP1 for Antonio Giovinazzi.

He also had a Turn 1 moment early in the session along with Sainz and Verstappen. The Spaniard headed the FP2 standings with a 1m21.664s after he set his best lap post the red flag stoppage, with teammate Leclerc (1m21.857s) in third who had Turn 1 off too.

Sainz took his fourth CE to go with his fifth MGU-K and third ES. Verstappen (1m21.807s) slotted in between the two Ferrari drivers, with McLaren’s Lando Norris (1m22.338s) doing a good job to be fourth from Mercedes’ George Russell (1m22.386s).

The Top 10 was rounded by Williams’ Alexander Albon (1m22.835s), who had a heavy gravel moment towards the end of the session. McLaren’s Daniel Ricciardo was 11th from the Alfa Romeo pair of Zhou Guanyu and Valtteri Bottas in 12th and 13th.

The Finn twice had gravel moment, with the AlphaTauri pair in 14th and 15th where Pierre Gasly ahead of Yuki Tsunoda where the latter set his best time on the medium tyres. The Japanese is to see the stewards for failing to slow for yellow flag.

Haas’ Kevin Magnussen was 16th from the Aston Martin pair as Sebastian Vettel returned to the cockpit to be 17th and ahead of Lance Stroll. Williams’ Nicholas Latifi slotted in 19th as Schumacher rounded the 20 runners.

UPDATE: With 10-place penalty already set for Tsunoda, the Japanese driver was handed another 3-place drop for failing to slow down under yellow flag. With two more superlicense points against his name, his tally is now up to eight.

#F1 #ItalianGP Yuki Tsunoda. When it rains, it pours…. He had a 10 place grid drop for reaching 5 reprimands, he'll start from the back of the grid due to changing many PU elements and now this. #MsportXtra pic.twitter.com/QJnXGBmZkc

Here’s how FP1 of F1 Italian GP panned out