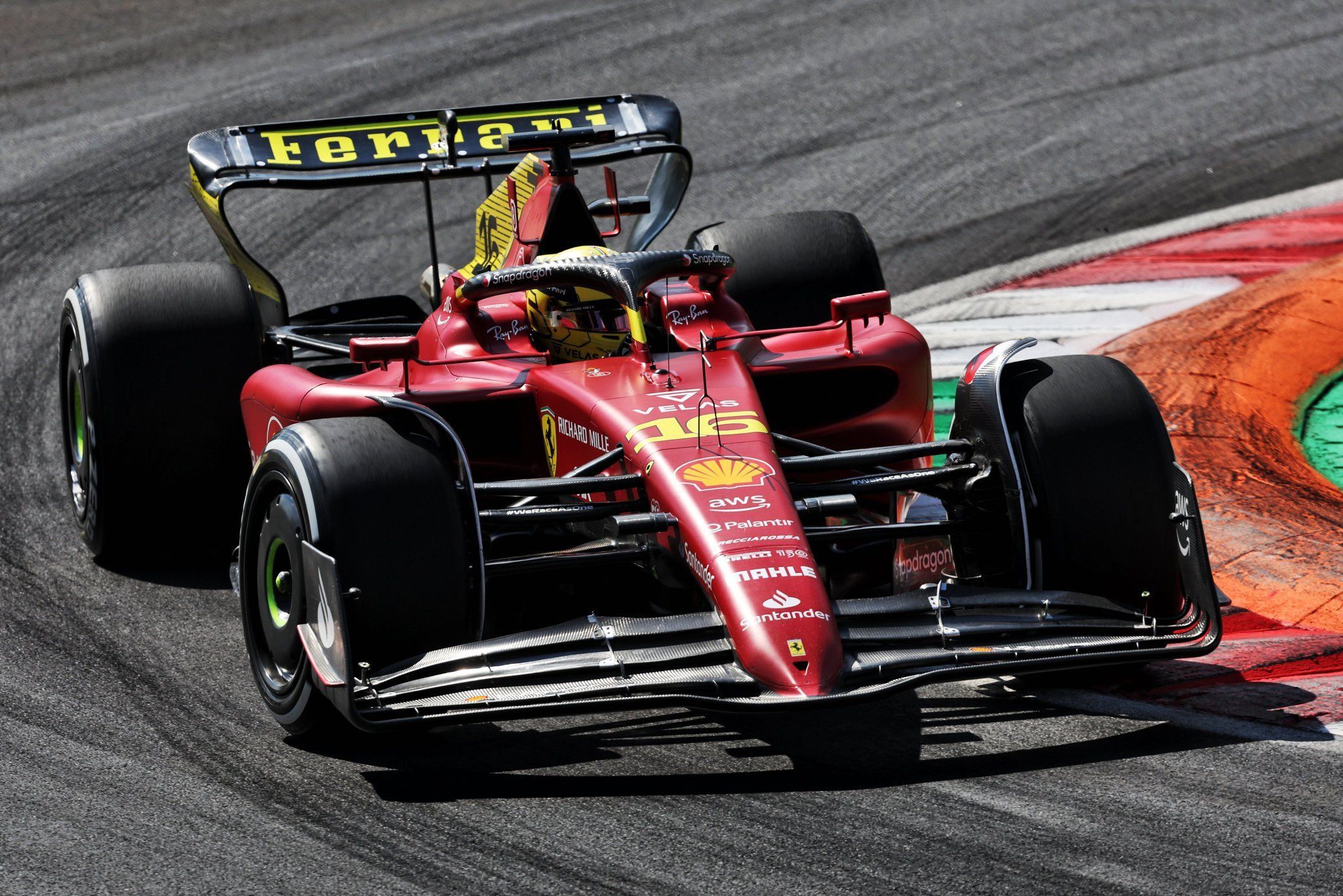 Ferrari ended up 1-2 to start the F1 Italian GP weekend with Charles Leclerc ahead of Carlos Sainz, as Mercedes’ George Russell was third.

Replays showed a moment between Russell and Sainz where the Brit almost crashed into the back of the Spaniard at Turn 5 chicane. Red Bull’s Max Verstappen (1m22.840d) slotted in fifth where he also had a racey moment with McLaren’s Lando Norris in the middle of the session.

The Dutchman couldn’t set a better pace as his team continued to work on his rear wing. The Alpine pair of Esteban Ocon (1m23.075s) and Fernando Alonso (1m23.099s) were sixth and seventh, with AlphaTauri’s Yuki Tsunoda (1m23.260s) eighth from Alfa Romeo’s Valtteri Bottas (1m23.394s).

McLaren’s Daniel Ricciardo (1m23.511s) rounded the Top 10 where the Australian managed to beat teammate Norris, who was only 16th. Williams’ Alexander Albon continued his good run in 11th from Alfa Romeo’s Zhou Guanyu.

AlphaTauri’s Pierre Gasly was 13th after a Turn 1 moment early in the session, with Red Bull’s Sergio Perez unable to set a good lap in 14th from Aston Martin’s Lance Stroll. As noted, Norris was 16th from the Haas pair in 17th and 18th.

It was Kevin Magnussen ahead of Antonio Giovinazzi, who got a FP1 chance in place of Mick Schumacher but it wasn’t part of the young drivers’ session. Nyck de Vries for Aston Martin was part of it in 19th, having replaced Sebastian Vettel.

This was the Dutchman’s third FP1 chance after Williams and Mercedes. He was on-course for a better lap with five minutes remaining, but for a slight off on the gravel which hampered his run, as Williams’ Nicholas Latifi ended up 10th.

The power unit penalty list from the FIA was also revealed during the FP1 session of F1 Italian GP, with the likes of Bottas and Tsunoda going for their sixth ICE of the 2022 season, Verstappen on his fifth and Hamilton and Perez on their fourth.

It's Charles Leclerc on top in the first session#ItalianGP #F1 pic.twitter.com/1eyIF18fCp