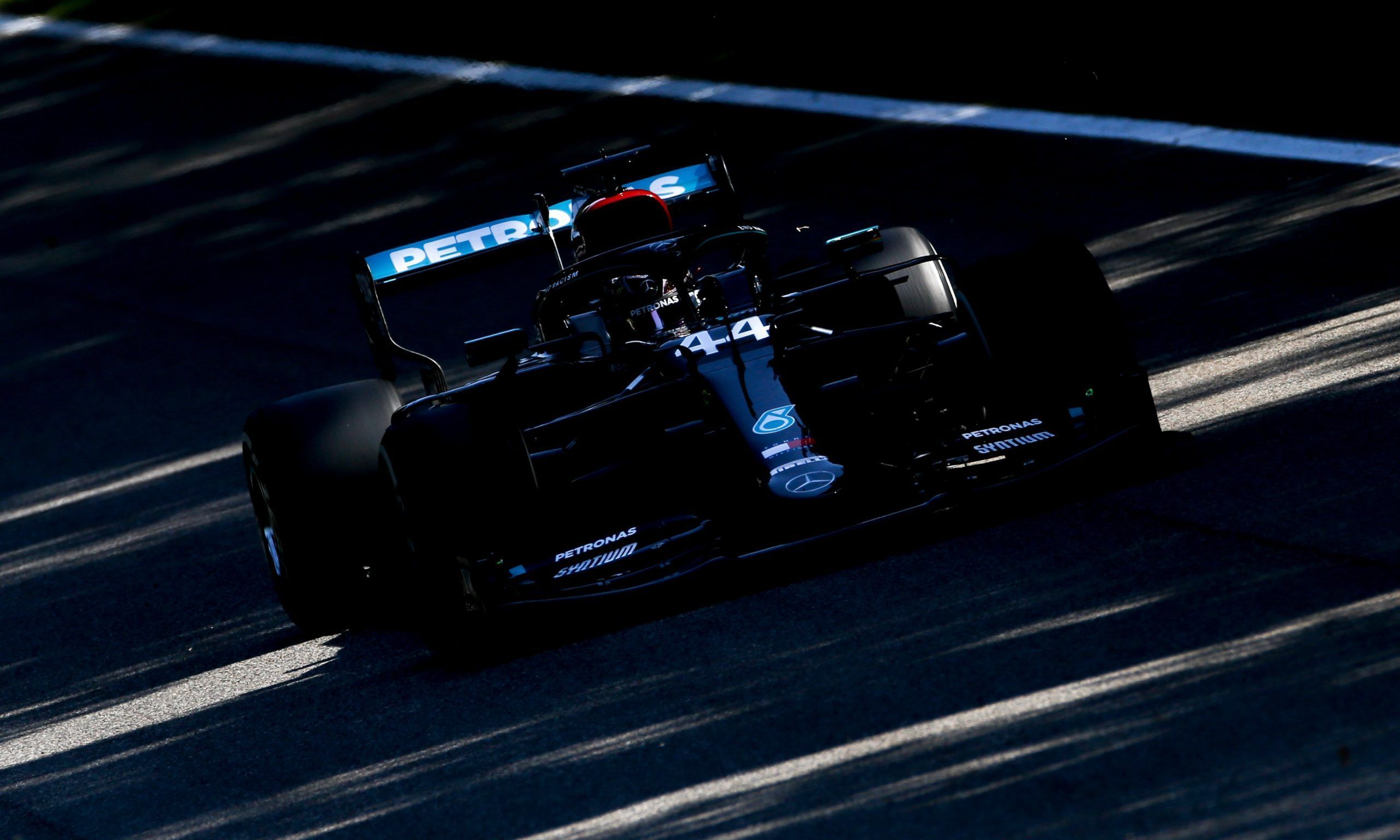 Mercedes remained on top in FP2 of F1 Italian GP but Lewis Hamilton got ahead of Valtteri Bottas with McLaren’s Lando Norris in third.

The traffic game was to be seen in FP2 of F1 Italian GP at Monza as track limits at Turn 11 added to the troubles for many of the drivers with lap times getting deleted of some. It didn’t deter Hamilton though as he led the way with a 1m20.192s.

He led Mercedes teammate Bottas (1m20.454s) as McLaren’s Norris (1m21.089s) slotted in third after being out of sequence from others due to engine troubles. The Brit was staioned inside the garage for a long time as team tried to fix the issues he was facing.

Norris’ late lap pushed AlphaTauri’s Pierre Gasly (1m21.121s) to fourth but he was ahead of the senior Red Bull Racing team with Max Verstappen (1m21.228s) only fourth – where interestingly, he was a second off of leader Hamilton.

The Monegasque went off the same place where teammate Sebastian Vettel had a spin to bring out the yellow flags. Racing Point’s Sergio Perez (1m21.594s), meanwhile, rounded out the Top 10 with Renault’s Esteban Ocon (1m21.697s) just outside in 11th.

As alluded to above, it wasn’t a clean run for most as along with the track limits problem in Turn 11, there were offs for others at Turn 1 as well. Ferrari’s Vettel (1m21.733s) was 12th despite the spin as Alfa Romeo Racing’s Antonio Giovinazzi (1m21.786s) ended up 13th.

Red Bull’s Alexander Albon (1m21.883s) was only 14th after his lap got deleted as Renault’s Daniel Ricciardo (1m22.080s) was 15th, whose lap was also deleted which meant his lap set on the medium tyres was the best of his session.