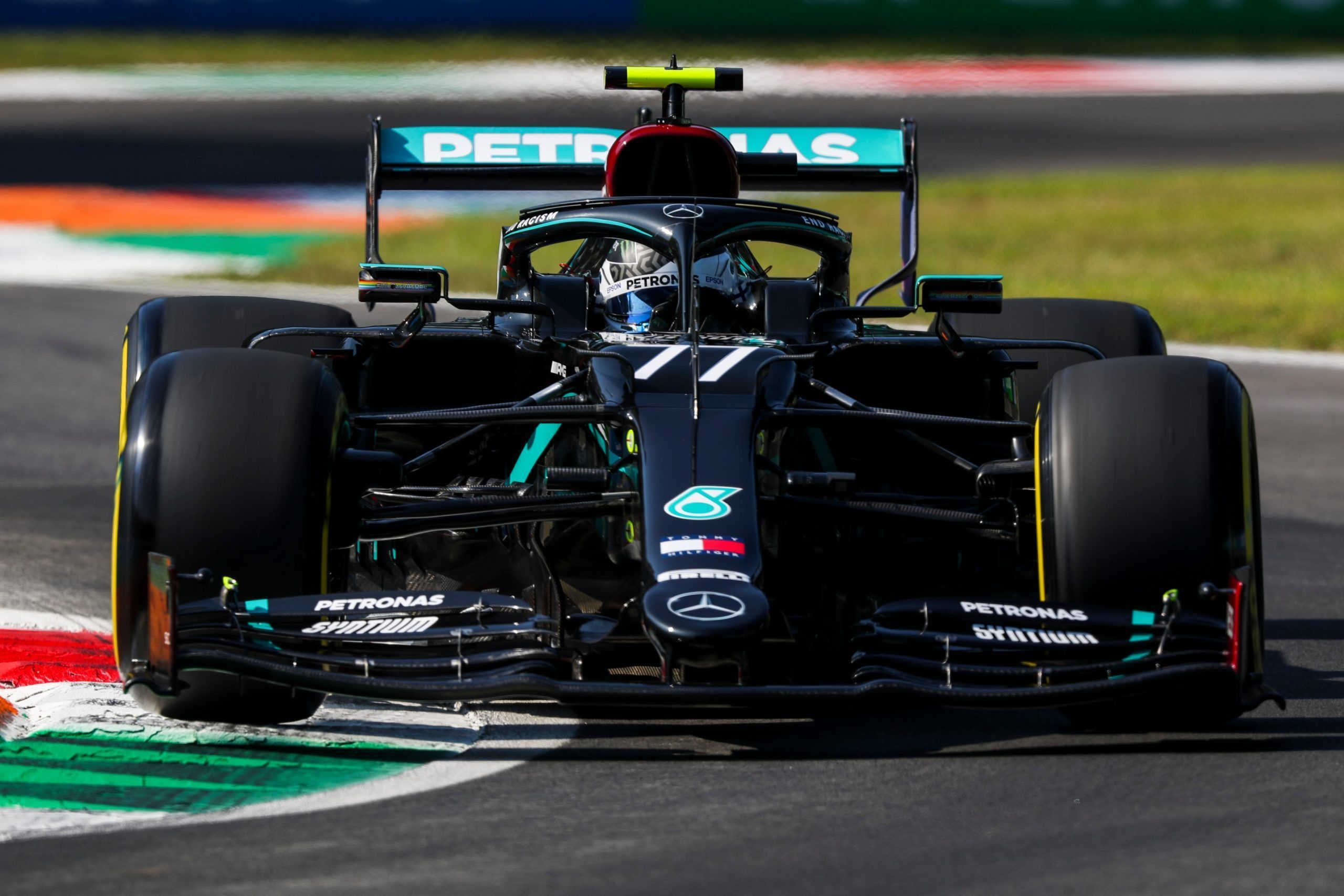 It wasn’t a smoothest start in FP1 of F1 Italian GP at Monza with multiple drivers having off moments and some troubled by rivals slowing down for tow. It was Mercedes on top as usual as they started the first weekend with the qualifying engine mode ban.

Teams will have to run the same mode all-through in qualifying and the grand prix which is expected to change some bits if not a whole lot. Looking at the standings in F1 Italian GP FP1, Bottas was fastest with a 1m20.703s lap to lead Hamilton (1m20.948s).

Both Bottas and Hamilton had moments at Turn 1, with the former also going off at the chicane. In third was Red Bull’s Albon with a 1m21.500s with AlphaTauri’s Daniil Kvyat (1m21.555s) in fourth ahead of the other Red Bull of Max Verstappen (1m21.641s).

The Dutchman had a crash at the Ascari section when he lost the rear mid-corner and flew over the kerbs into the barrier, breaking his front wing, before he returned to the pits. He brought out a brief red flag which hurt not only his session but also some others.

It was all-Red Bull from P3 to P6 as AlphaTauri’s Pierre Gasly (1m21.667s) slotted in sixth despite having a spin in the chicane to bring out the yellow flag towards the end of the session. Interestingly, both the AlphaTauri drivers set their best on the medium compound.

The leading Ferrari was of Charles Leclerc (1m21.90s) in 11th with Renault’s Esteban Ocon (1m21.984s) 12th from Racing Point’s Lance Stroll (1m22.331s) ahead of the two Haas and Alfa Romeo Racing cars, where the Canadian set his best time on the hard compound.

Nissany got his second FP1 run of the 2020 F1 season in Italian GP as he took over George Russell’s car as he led Ferrari’s Sebastian Vettel (1m22.988s) and Williams’ Nicholas Latifi (1m23.120s), where the latter two along with Alfa Romeo set their time on the medium compound while the Israeli set his on the hard.