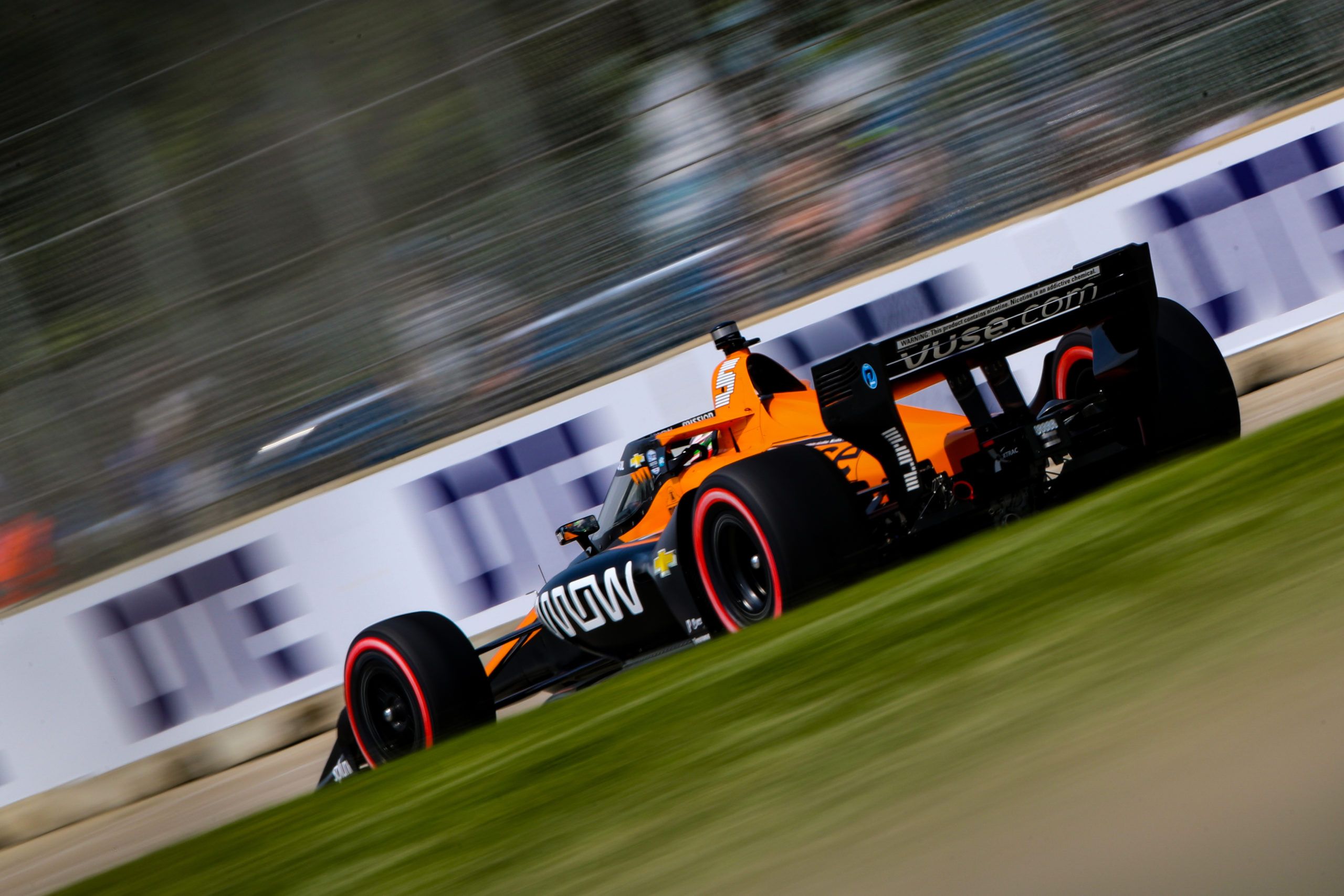 Penske’s Josef Newgarden led the field to green in Detroit, before a frenetic first lap in which Carlin’s Max Chilton would bring out the caution as, left with nowhere to go in a congested field, he struck the rear of James Hinchcliffe’s Andretti IndyCar.

Pitting for a new wing, Chilton was among the many to take a trip down pit road. The Brit fitted new primary tyres to his car, as did the others who dove for the pits prior to the lap 5 restart, which saw Newgarden build a significant gap to second-placed driver Colton Herta (Andretti).

Come lap 10, Newgarden held a 5-second lead over the field, in which there was little action outside of a scrap for fifth between Andretti’s Rossi and Dixon. Newgarden would briefly lose his lead on lap 20, upon pitting for primary tyres.

After exiting the pits on used red tyres some laps later, Newgarden still had the lead, but Herta – on primaries – had the clear advantage. But before he could utilize this advantage, the yellow flags flew again for CGR’s Jimmie Johnson, who spun at turn one.

The green flags flew again with 12 laps to go, now with CGR’s Alex Palou pressuring Herta and Newgarden pulling away. Cautions once again played spoilsport a lap later, with DCR’s Romain Grosjean stopping his car on track with flaming brakes.

With seven laps remaining, the green flags flew again, at which point AMSP’s Patricio O’Ward claimed second and immediately applied pressure to Newgarden. On lap 68 came the Mexican’s first lead of the race, after he passed Newgarden at turn 3. O’Ward would not relinquish his lead to the Penske IndyCar driver, and cruised to a win by seven seconds.

Despite precipitous tyre wear, Newgarden finished second, fending off Palou (third) and Herta, who fell behind after locking up in pursuit of O’Ward. RLLR’s Graham Rahal came home fifth at Belle Isle, with Power and Dixon in tow.