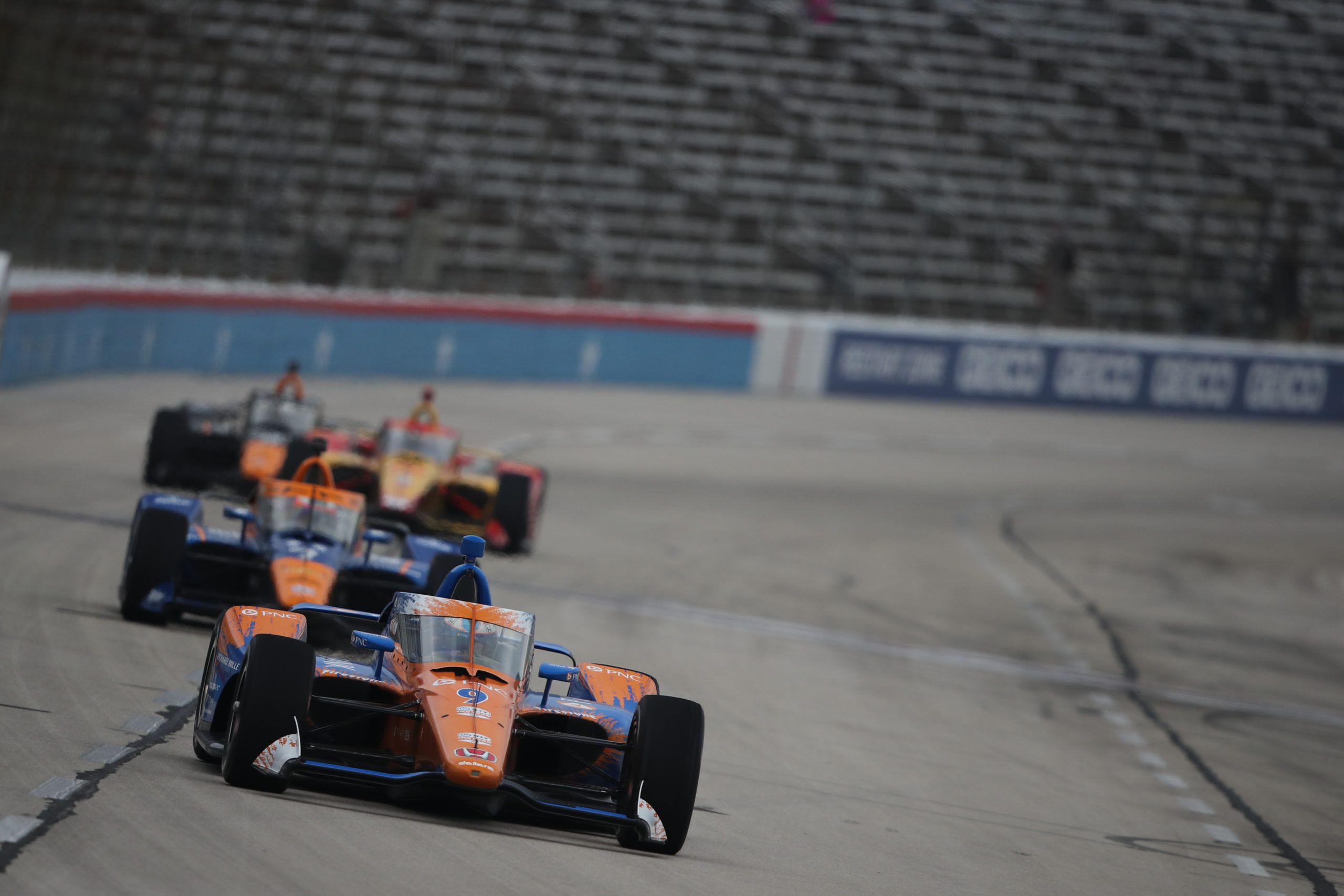 With Qualifying canceled due to weather, Saturday’s race at Texas Motor Speedway began in championship order, with CGR’s Alex Palou in pole position. The Spaniard, though, lost his lead to teammate Scott Dixon on the third lap. The Kiwi maintained his lead over the course of the next 53 laps, with very little action behind as drivers found difficulty passing.

It was on the 55th lap that AJ Foyt Racing’s Sebastien Bourdais hit the barrier at turn two, after contact with Penske’s Josef Newgarden. The incident brought out a yellow flag, which remained for the subsequent laps. Under yellow, much of the IndyCar pack dove for the pits.

At the restart, Dixon retained his lead and others behind remained in order. AMSP’s Patricio O’Ward subsequently pitted on lap 112, the first to do so in the second half of the race. On new tyres, the Mexican quickly dispatched of ECR’s Rinus Veekay in one of few on-track overtakes to that point in the race.

O’Ward’s pitting prompted a deluge of pit stops for other competitors, during the course of which Palou fell to fourth as he dropped behind AMSP’s Felix Rosenqvist and Penske’s Scott McLaughlin. Further green-flag laps continued with minimal passing, before Andretti’s James Hinchcliffe found the barriers at turn 2 to bring an end to his race.

Under the consequent caution, much of the field pitted, including Rosenqvist. The Swede lost out in the pit exchange, after having to take evasive action on pit road. As a result, the AMSP driver fell to 13th. The restart brought more action, with oval debutant McLaughlin promoted to second behind Dixon.

With 22 laps remaining, the race’s third DNF came with Andretti’s Colton Herta and an unexplained brake issue. After little overtaking in the closing stages of the race, Dixon won the race from McLaughlin and O’Ward, with Palou fourth. In fifth was RLLR’s Graham Rahal, who finished the race with Newgarden in tow.