Home In the Spotlight IndyCar confirms St. Pete as 2020 finale in October, fans will be... 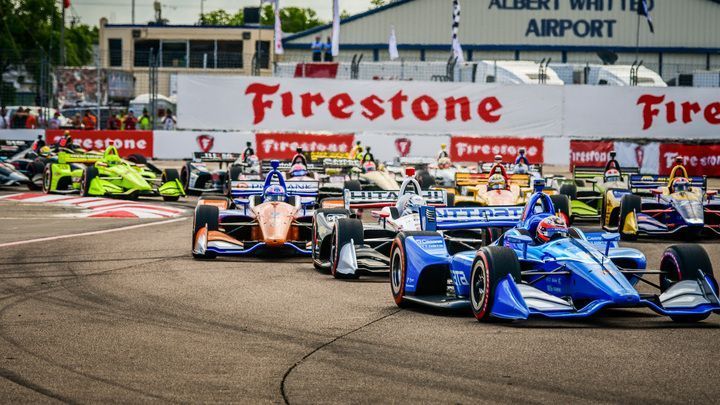 IndyCar has confirmed that St. Pete will be the 2020 season finale, being run in October with the original tickets valid as fans will be allowed in.

Ever since IndyCar released its revised 2020 schedule a few months ago, countless announcements have been made, with revisions such as the cancellation of the Detroit doubleheader weekend and also certain postponements.

Despite announcing the 2020 IndyCar season start in June at Texas, there was no word from the series about the race that they had marked as the season finale, with a date that was to be determined – the Firestone Grand Prix of St. Petersburg.

Now, though, IndyCar has finally provided an update on that particular race, with October 25 date firmed up, where the fans will be allowed in as they say that tickets for originally scheduled race of March 15 will in fact be valid for them to enter.

This will be the first time in recent history that an IndyCar race has been run so late in the year, with the series having concluded the season earlier in the past number of years so as to avoid a schedule that conflicted with football.

The race at St. Pete held on the streets will be a spectacle as Penske Entertainment CEO Mark Miles alluded to. “The streets of St. Petersburg will make for a fitting and action-packed finale in a venue and city that our entire INDYCAR community holds dear.

“We extend our thanks and gratitude to Mayor Kriseman, Green Savoree and Firestone for working with us to find a new date for the event. It’s going to be a fantastic weekend of INDYCAR action, and I know our drivers will have race day in St. Pete circled on their calendars.

“The City of St. Petersburg stands ready to welcome back the fans of INDYCAR, drivers, teams and sponsors in October,” said the mayor of St. Petersburg. “I want to thank our partners at Green Savoree Racing Promotions for believing in this race and giving the residents of the Sunshine City something to look forward to.

“I am confident that the race will occur in a manner that puts public health at the forefront.” The biggest takeaway from the announcement was the news regarding fans being allowed in, which is not the case for the 2020 IndyCar opener that wasn’t.

IndyCar has solidified dates for certain races, like Texas, but equally, many have been postponed as the COVID-19 pandemic continues to not only wreak havoc around the globe but also the United States of America, which will see racing action return this weekend with NASCAR. 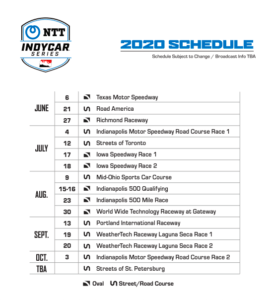