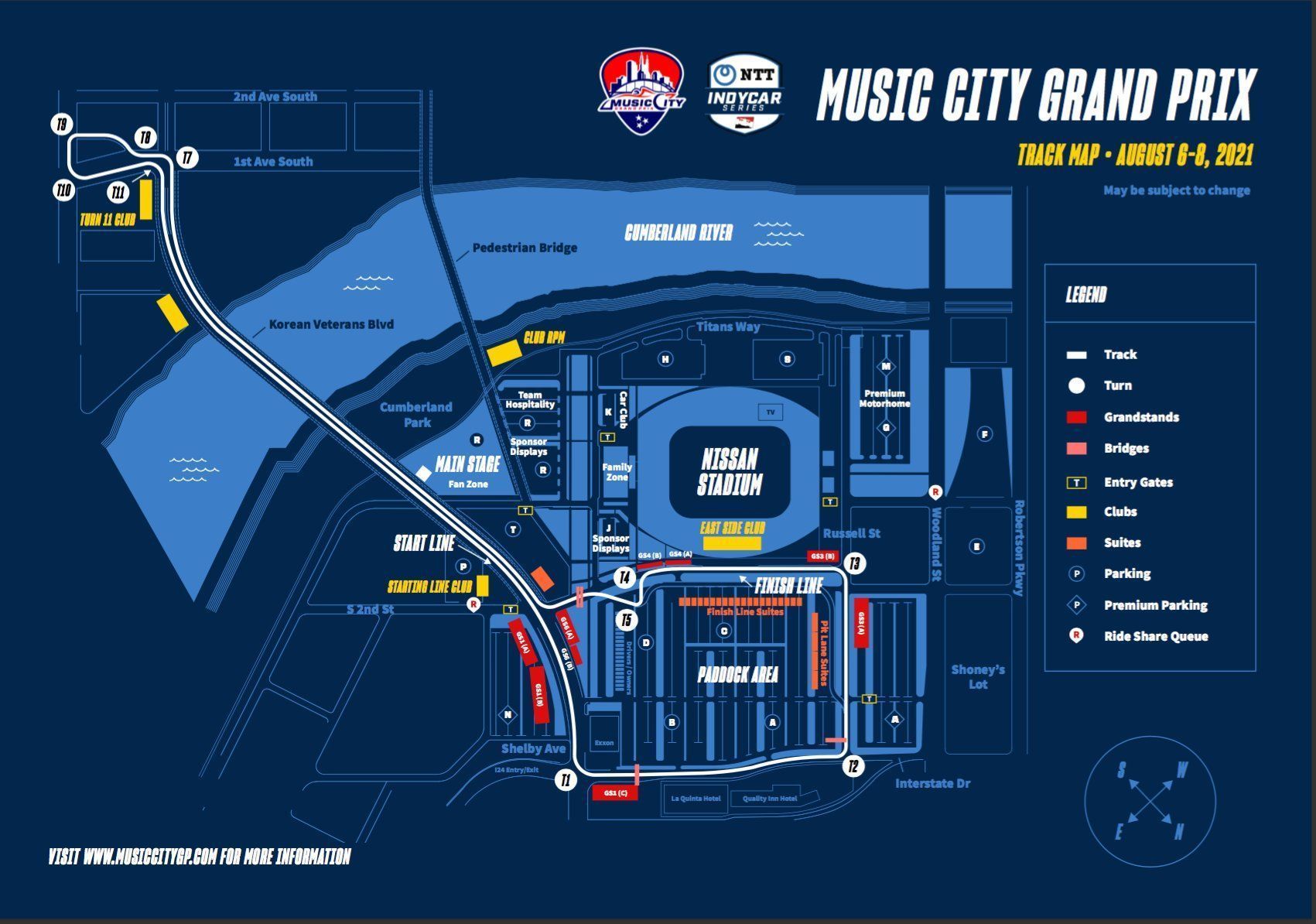 IndyCar officials have confirmed that Nashville will play host to an all-new event in August of 2021: the Music City Grand Prix.

One of the most beloved cities in America for its vibrant musical scene, the city of Nashville, Tennessee has long been rumored to play host to an IndyCar street race. However, never before have these plans been finalized as they have been today, with series officials confirming the event today.

The venue will be a new one; a street circuit not yet raced upon in the heart of Music City, directly south of Indianapolis, and the name of the event, unique in its own right: the IndyCar Music City Grand Prix. It will take place August 6-8, 2021.

The novel circuit on which it will be run, reminiscent of Formula 1’s Vietnam street circuit, will wind through downtown, passing by landmarks such as the Titans’ Nissan stadium, and will pass over the Korean Veterans Bridge. 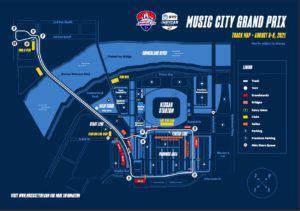 News has slowly emerged over the last couple of months that a race in Nashville was a distinct possibility, and after meetings with the powers that be in the city, Roger Penske and the new IndyCar series ownership have organized the event, which will be run across multiple seasons, beginning in 2021. It is to be a privately funded event – this, a fact expected to ensure the longevity of the race’s presence on the calendar.

“The Music City Grand Prix will be a one-of-a-kind NTT IndyCar Series experience anchored in the heart of Nashville’s action-packed, exhilarating downtown corridor. Nashville is a world-class city and global entertainment capital that provides an exceptional platform for our series. From professional sports teams and top live music acts to a burgeoning food and culture scene, it is a perfect home for a racing event of this magnitude,” Penske entertainment CEO Mark Miles said of the event.

“Urban street festivals have become a huge part of our DNA at IndyCar and this three-day festival will highlight everything Nashville and the sport have to offer, providing international travelers, racing enthusiasts and local thrill seekers alike with an experience of a lifetime.”

Butch Spyridon, President and CEO of the Nashville Convention & Visitors Corporation, meanwhile, added: “From the 2017 NHL Stanley Cup Finals to the 2019 NFL Draft, Nashville knows how to host sporting events of all kinds while making them a party. The Music City Grand Prix underscores why Nashville was named Best Sports City in 2019, and we look forward to the national and international marketing it will bring to the city.”