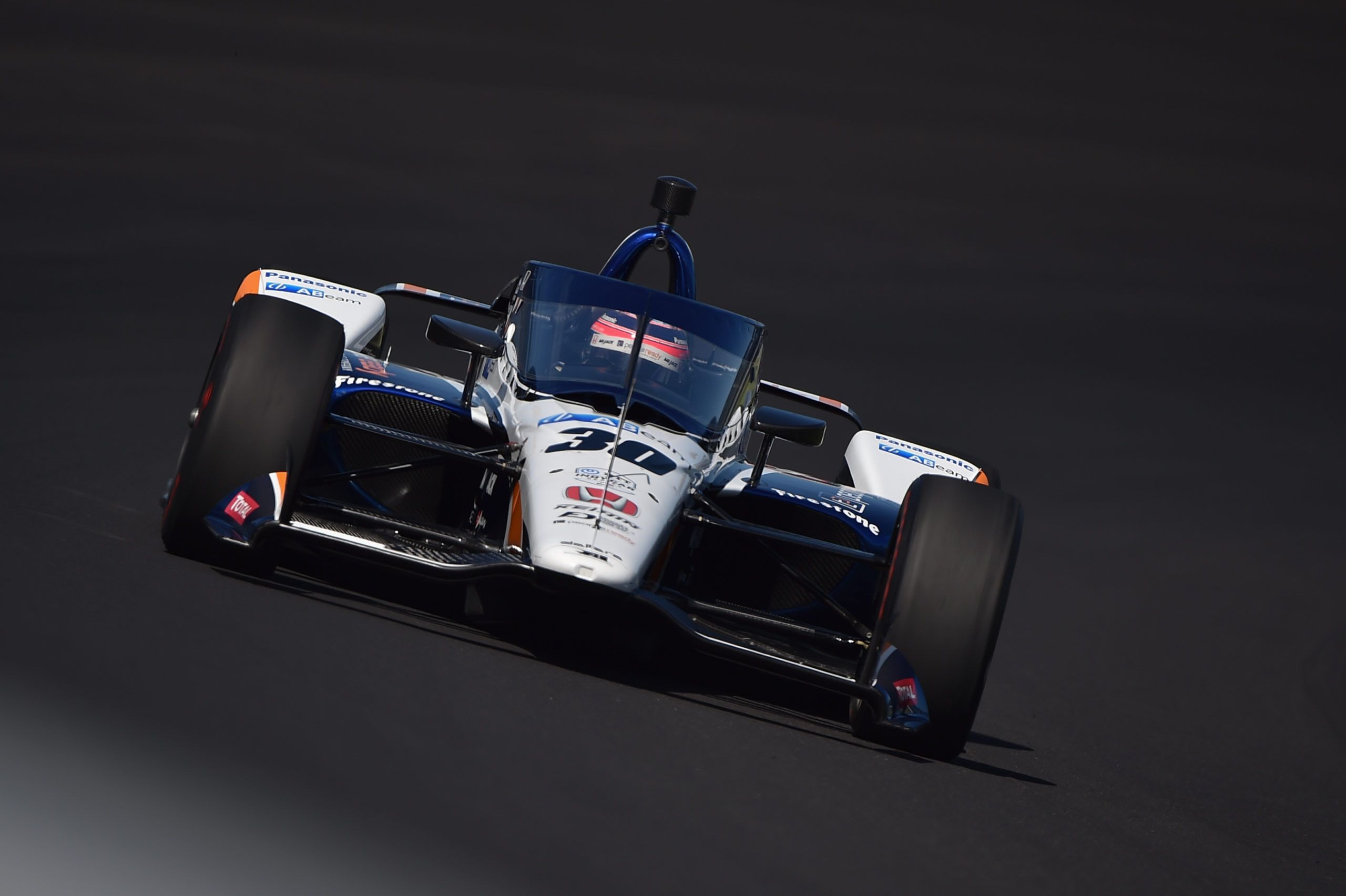 While technically a factually inaccurate ordinance, as mechanics start the cars, they’ve long been called the most famous words in racing, but it had seemed that they’d never be said in 2020 as it pertained to the Indy500 – the trademark race of the IndyCar series. As such, fans around the world sighed out of relief when they were uttered at the Indianapolis Motor Speedway, the engines of 33 hopeful drivers revving up in unison upon the thunderous declaration.

Marco Andretti, driving for his father’s team, led the traditional, 33-strong Indy500 field in front of an empty house as they crossed the yard of bricks, but immediately Scott Dixon took the lead, as the CGR driver went around the outside of Andretti.

RLLR driver Sato, would go on to make it past Andretti, as would Andretti’s Ryan Hunter-reay, who coincidentally caught up Sato to pass him for second position. Hunter-reay continued to make inroads on Dixon, but his attempts to pass the Kiwi were curtailed when DCR driver James Davison suffered a bizarre incident that saw his wheel catch fire, and ultimately succumb to the heat.

This brought out a yellow flag, and under this FCY many drivers dove to the pits, among them the likes of Penske’s Will Power and Simon Pagenaud. The restart then saw Andretti driver James Hinchcliffe make his way past ECR’s Rinus Veekay, as the battle between Dixon and Hunter-reay for the lead of the Indy500 resumed.

While the gap between the top two was wildly fluctuating, Hinchcliffe passed his teammate Andretti, after which CGR’s Marcus Ericsson had a loose moment in turn one, which saw him slide and make major contact with the wall.

This incident brought out a yellow of its own, and under these conditions, legions of drivers – all but those who pitted under the prior yellow – pitted, the result of which was a lead change, as Arrow McLaren SP’s Oliver Askew cycled to the lead, in front of a top five consisting of Pagenaud, Power, AJ Foyt’s Charlie Kimball, and Penske’s Castroneves.

Upon the restart, Pagenaud overtook Askew almost immediately, as Kimball passed Castroneves behind. Also on the restart, Veekay daringly took both Hunter-reay and Andretti to get into the top ten. It was one of many moves for which he received accolades in the race’s early stages.

Towards the front, meanwhile, Pagenaud and second-place-sitting Askew pitted, and to the surprise of many, the Arrow McLaren driver took position on his Penske opponent in the pits. Castroneves and Power also pitted, the latter out of the lead, which would be reclaimed by Dixon, who now led Rossi, Veekay, Hunter-reay, and Sato.

On approximately the 63rd lap, a botched entry attempt into the pit lane saw Rossi be greatly disadvantaged, as he was forced to leave his stop to the next lap. This allowed Dixon, who also pitted on lap 64, to extend his advantage, as it also became clear that an off-strategy Askew posed a threat for later in the race.

The Arrow McLaren driver pitted on lap 80, and re-entered the race in 23rd. Five laps post this, the caution was brought out for AJ Foyt driver Dalton Kellett, who had a crash while racing Dragonspeed’s Ben Hanley.

This FCY saw another bunch of drivers dive for the pits, which allowed some drivers to find their way to the front, among them Team Penske’s Josef Newgarden, who gained a whopping 5 spots in the cycle.

Another group of drivers – these the ones previously on alternate strategies – pitted, which diminished the strategy game. This restart was followed by a dramatic crash with ECR’s Conor Daly spinning on the exit of the fourth turn, and Askew taking evasive action, losing control, and hitting the inside wall by the entry to the pits.

The 100th lap was the final under caution, and the restart saw Dixon hold his lead, ahead of Rossi, who had overtaken Sato, who continued to drop back as his position was taken by Patricio O’ward, who continued to represent Arrow McLaren SP near the front.

Having passed Sato, Rossi took the lead from Dixon, who was in conservation mode, but despite this retook the lead a few laps later. The duo went on trading positions for numerous laps, seemingly in an attempt to collectively save fuel.

22 laps of green flag running was then interrupted by a crash suffered by DCR’s Alex Palou, who made contact with the wall in turn one, and slid the length of the short-chute down to turn two, where his car was marooned.

Under the FCY, nearly the whole Indy500 field once again pitted, and there was drama in the pits as Rossi made contact with Takuma Sato, for which he was penalized, and sent to the back of the field. At the restart, Dixon overtook his teammate, Rosenqvist, for the lead, while behind, Rossi ascended the order, though his chances of fighting his way back to the front were dashed by an accident he suffered – one that was identical to that of both Ericsson and Palou.

The restart book-ending this caution had Dixon once again maintain his lead, while further back one of many drivers challenging Dixon – Newgarden – overtook RLLR’s Rahal, and set his sights on Sato (2nd), who was trading positions with Dixon for the lead, as they, too, worked together to save fuel.

Another round of stops came on the 169th lap, and set up a 30-lap shootout to the end, with Sato taking the lead from Dixon in the early stages of the final stint. This group was still trailing two alternate-strategy cars in Andretti’s Veach and Carlin’s Chilton, both of whom still had to pit.

A nail-biting battle between Sato and Dixon ensued, the latter growing ever-closer, the Kiwi’s case only helped by traffic slowing the roll of Sato. It looked that a wheel-to-wheel battle would decide the race, but it transpired that a high-energy impact for RLLR w/ Citrone/Buhl Autosport driver Spencer Pigot would bring out a yellow flag that lasted until the race’s end.

Castroneves crossed the yard of bricks in 11th, as he beat Rosenqvist, and Andretti. Power came 14th as the third worst-finishing Penske, but he managed to finish ahead of Veach. For D&RR, JR Hildebrand came 16th, and Chilton and Kimball came 17th and 18th. AJ Foyt’s Tony Kannaan came 19th from Veekay, whose race deteriorated after a strong start.