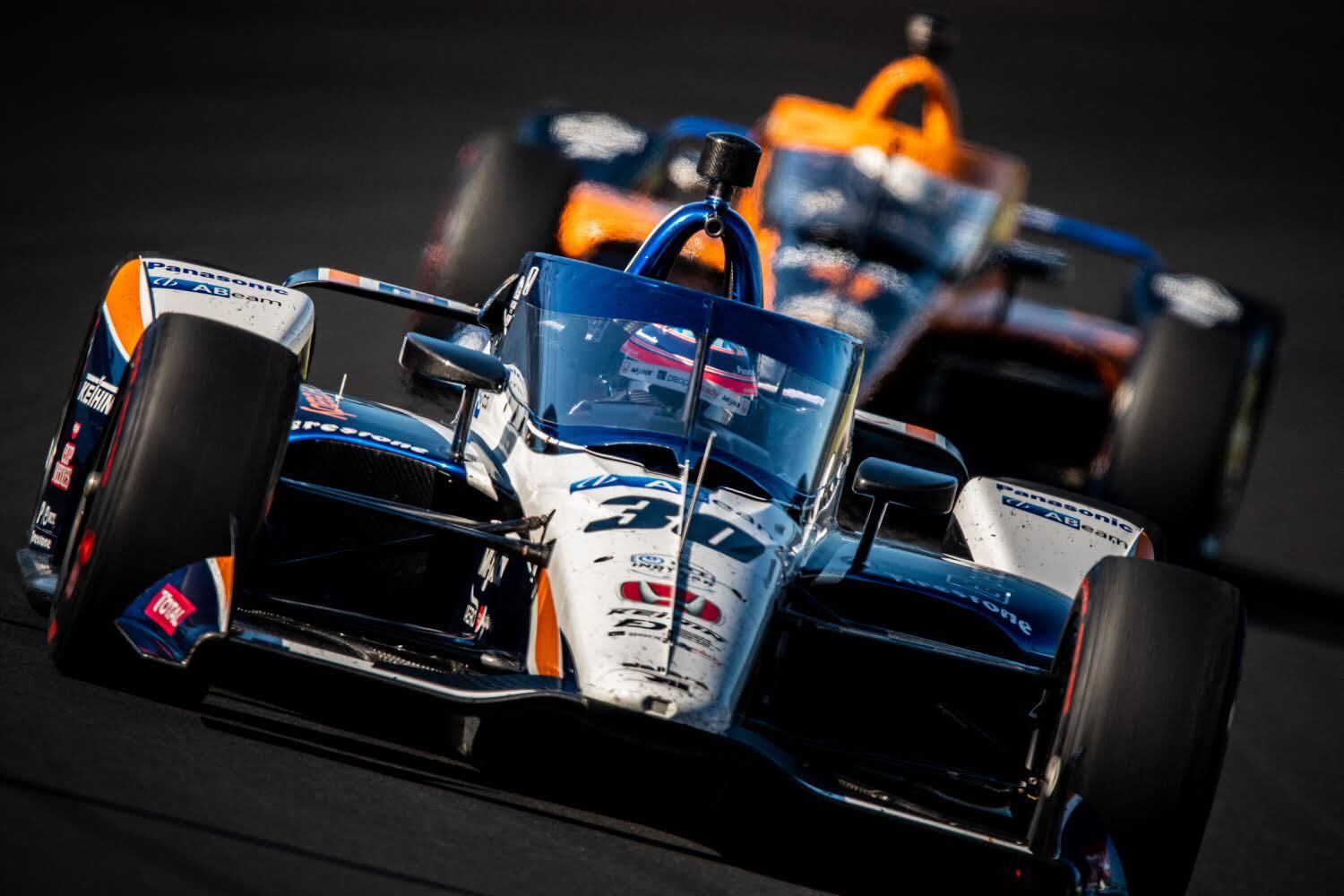 After Indy500 qualifying, IndyCar drivers were intoxicated by the heightened speeds brought on by the raising of turbocharger boost to 1.5-bar for the two days of running.

When it was announced by IndyCar on February 14th, 2020, that Qualifying turbocharger boost levels for the Indy500 would be raised from 1.3-bar to 150 kPa (equivalent to 1.5-bar), few knew quite what to expect from the increased horsepower.

A change initiated by IndyCar, who were desperate to keep speeds at the Indy500 equal to those of last year, the heightened boost was compensation for the drag brought on by the new-for-2020 aero screen. It transpired, however, that this slight correction was an overcompensation, though it was one that had favorable affects.

For you see, upon Marco Andretti’s 233.491 mph lap in practice – the fastest around Indianapolis since the 1996 Indy500 proceedings – it became readily apparent that the speeds possible on this heightened boost were higher than those of previous years.

Later, qualifying would see 16 IndyCar drivers set four-lap averages of over 230 mph, in what was the second fastest field in the history of the Indy500, and the single fastest since 2014. In fact, the second qualifying lap of DCR’s Alex Palou on the day of the fast-nine shootout saw the Spaniard hit 240 mph as he entered turn one – a feat that shocked many up and down the pit lane.

The drivers were intoxicated by the record-breaking speeds, and Andretti’s James Hinchcliffe was one who was especially animated when he was asked about the speeds being reached. “You definitely feel it,” Hinchcliffe told FormulaRapida.net.

“At those speeds, the feeling kind of goes up exponentially. It’s crazy – it’s a rush. It’s so much fun. The problem with this is always [that] when we go back to the 130 kPa, everything is going to feel so slowed down, [as if] it’s slow motion, even though you’re still doing over 220 mph, but it’s a hell of a feeling; we love it.”

RLLR driver Takuma Sato was also happy to see such tremendous speeds, the Japanese driver being the only of the grid of 33 to set every single lap of his qualifying run with a speed of over 230 mph. Sato even stated that, though the difference is marginal, the first turn feels a tighter one thanks to the speeds, which were not even touched at last year’s Indy500, at which Simon Pagenaud’s qualifying average was 229.992.

Answering to FormulaRapida.net, Sato – a driver also grateful for the aeroscreen – said: “It’s great to have a new record, new history. That’s always exciting. In the past, the risk [would have been] a little higher, and obviously [that was] under the different regulations. I’m really happy to have the aeroscreen, you feel really safe, but obviously [this is] the highest boost we’ve ever had here in qualifying, and it’s kind of a tunnel-vision situation.

“Going through the front straight, it feels fast, narrow, and going into turn one, the bend [feels] a lot tighter than before, so it’s a great feeling, but [at] these speeds, 0.5 mph feels like a huge difference. not only for the average speed, but also [us]. We feel it, and the speed is extremely exciting.”

“I think I’m on board with what Takuma said,” Arrow McLaren SP driver O’ward added, when he, too, was probed by FormulaRapida.net. “I think it’s pretty cool that we’re hitting these pretty cool speeds. I myself joined the 230 mph club on my run, so that was pretty cool, but everything narrows down a little more.

“I have definitely difference of power, approaching a corner, and how fast you get through it, You have to react quickly to what the car is telling you, because it is a lot faster than what you would normally process. I think it’s really cool.”

Indy500 rookie entrant Oliver Askew – also of Arrow McLaren SP – has little reference material with regards to the speed boost, but the American IndyCar first-year was still awe-struck by the speed. He boasted that he had broken his land-speed record during the weekend.

He did not back down, though, from the challenging learning curve, as he even wished fans could fill the stands to make the track feel thinner than it is. This is a phenomenon usually experienced by all those contesting the ‘Greatest Spectacle in Racing’.

When asked about the boost levels and the higher speeds by FormulaRapida.net, Askew replied: “I don’t think anyone enjoys finding the limit of IMS in an IndyCar, you can really tell the more experienced drivers can be more on-the-edge in a four-lap qualifying like that. With our Chevy power, I’ve been pretty happy with it so far.

“They’ve done a lot of hard work for this event – as you guys know it’s the biggest race of the year, so we put all of our eggs in one basket for these past couple of weeks, and it seems to be good on the Chevy car so far this week in race trim.

“As for the extra boost, the other day [I went] the fastest I’ve ever gone in a race car, so that’s always exciting. I beat my land speed record by quite a bit. When you’re around other cars it just feels that much quicker.

“Unfortunately we won’t have fans in the grandstands to make the track feel much smaller than it is, and much quicker than it is, but we’re definitely [fast].” The Indy500 is to be run on August 23rd, in front of empty stands. Marco Andretti is on pole for the race, the start for which can be viewed on NBC at 2:30 PM ET, though coverage for the race begins one and a half hours prior.

Here’s what went on in Qualifying for the Indy500