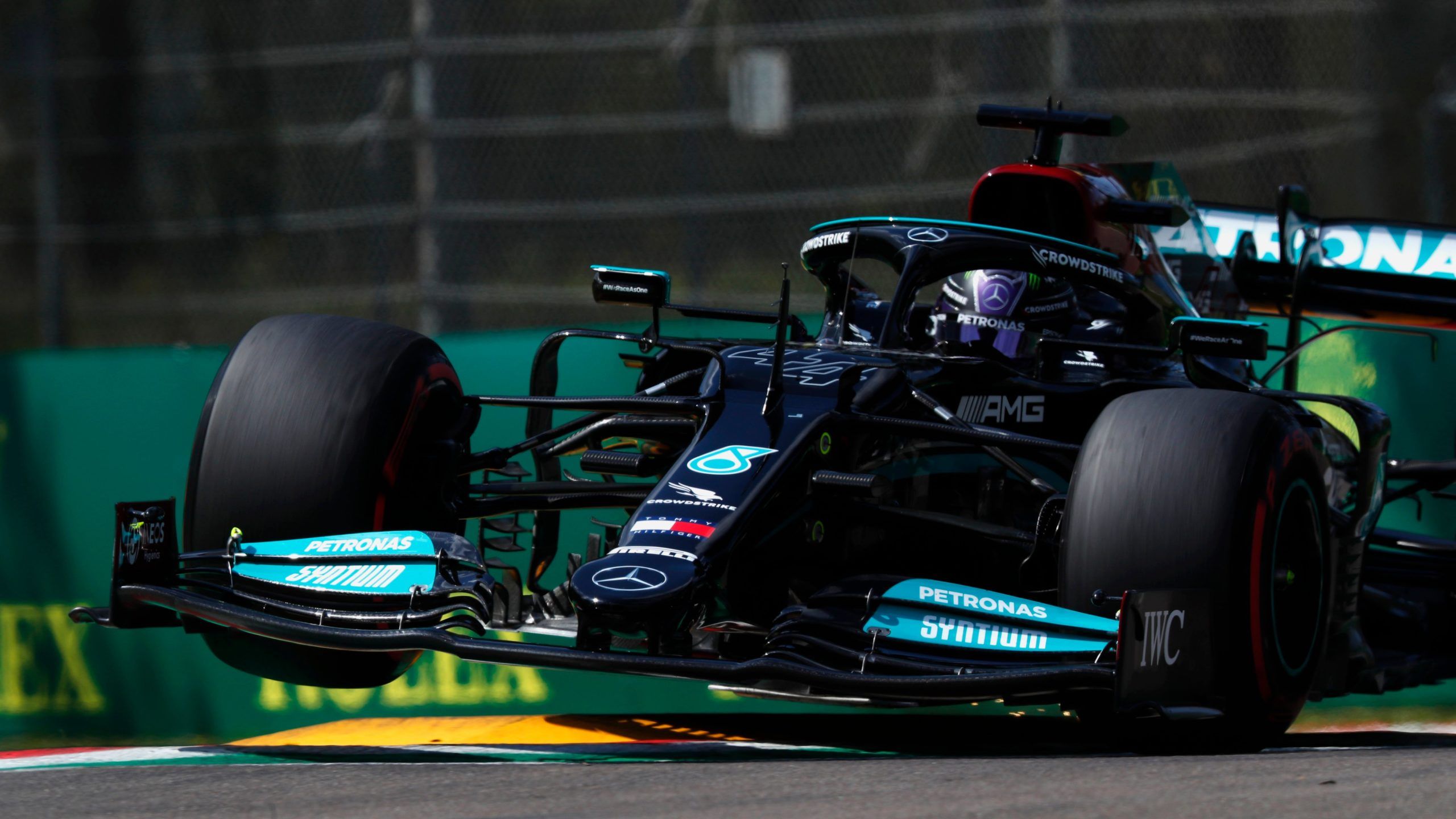 It was dry but a bit cloudy in first part of F1 Imola GP qualifying, as there was immediate disruption with a heavy crash for AlphaTauri’s Yuki Tsunoda. The Japanese lost out at the exit of Variente Alta, where he spun, with his rear smashing onto the wall.

The rear was totally done as the session was red-flagged. The re-start had track limits in play with the first laps seeing deletion for Red Bull’s Sergio Perez, AlphaTauri’s Pierre Gasly and Williams’ Nicholas Latifi – who all had to do an extra lap on the tyres.

At the front, it was Mercedes’ Valtteri Bottas leading from Lewis Hamilton and McLaren’s Lando Norris. At the back, it was both the Williams into Q2, as Latifi rebounded well after early issues, while Alfa Romeo were left with head scratching there.

The second part in F1 Imola GP qualifying had Bottas, Hamilton and Red Bull’s Max Verstappen use the medium tyres along with Williams’ George Russell and Latifi. In fact, the Williams driver set the 10th best time after the first run.

The medium run from them allowed McLaren’s Lando Norris to top the session from Perez and Ferrari’s Charles Leclerc, as the Top 15 were separated by just 0.877s. In fact, Ferrari’s Carlos Sainz (1m15.199s) missed Q3 by 0.061s, in the end.

The third part in F1 Imola GP qualifying had Hamilton take provisional pole with a 1m14.411s, about 0.091s ahead of Verstappen, as Perez slotted in third. A misrake from Bottas, meant, he was sixth, more than half a second behind his teammate.

The second string of laps changed the order behind Hamilton. In fact, the British driver didn’t improve from his first run and still managed to take pole in F1 Imola GP ahead of the Red Bull’s Perez (1m14.446s) and Verstappen (1m14.498s) – where the Top 3 were separated by just 0.087s.

It was Norris initially to get second but track limits cancelled his best lap, to push him down to seventh. There were mistakes from Verstappen and Bottas (1m14.898s) too, which cost them heavy, especially the latter, who was only eighth.