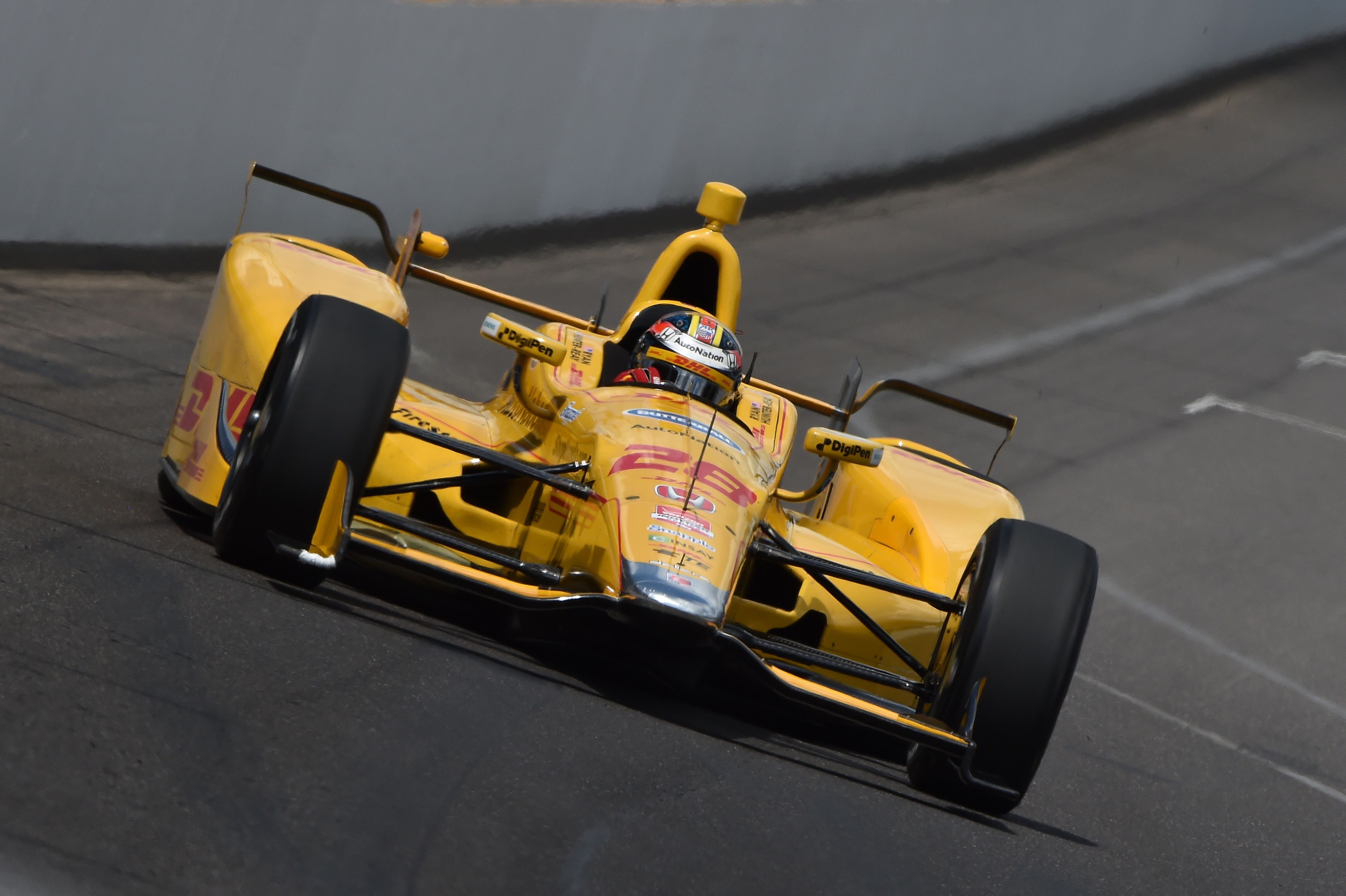 A survival race, that’s the summary of ABC Supply 500 at Pocono for an IndyCar race that Hunter-Reay wins ahead of Newgarden and Montoya. With 11 cars out of 24 finishing the race and with the terrible news that Justin Wilson was unconscious after one crash and he has been airlifted to the hospital.

A bad qualifying day doesn’t mean a good final position, that’s what Juan Pablo Montoya may thing after this carnage at Long Pond.

Not the best, but always there

Ryan Hunter-Reay when he wins he do that on style, an final manoeuvre with 6 laps remaining on Gabby Chaves makes him win for second time, this season and second time in an oval. The 2013 champion didn’t led many laps but he wasn’t involved in any accident that helps Andretti Autosport to win for third time this season. The 2014 Indy 500 winner continues 11 on the standings with the chance to finish in the top ten, which could be a good gift for the American after a hard season.

Newgarden ambitious and on championship battle

The CFH Racing driver wanted to win this race to continue in his hopes of an IndyCar championship. He started very strong leading the early laps, then after the first pit stop drop some positions as he sees himself out of top ten. During the second half of the race he has come back to a second place finish that allows him to fight for the championship next week.

Juan Pablo Montoya today had to attack after several races driving in a conservative style. He started from 19th and rapidly comeback to top10 places. He didn’t led any lap, but a great pit stop call by Team Penske and the lucky to avoid the many accidents that Pocono Speedway live today. Now J.P. is 34 points ahead in the Verizon IndyCar Series championship.

Good race but not fair results

Penske drivers, Will Power and Simon Pagenaud can’t not believe what they happened to them today. The 2014 champion had two issues in the pit lane, was running in a different strategy during some laps but after drive constantly on top10 he finished fourth.

Not that lucky was once again, Simon Pagenaud. The Frenchman led a lot of laps and broach the final laps on top but the 7 wide cars for 5 laps didn’t help him to find his way to a victory already this season. Seventh position for the Chevrolet driver.

Fifth position for Honda men, Carlos Muñoz who today drive aggressive but not effective. Sixth for Takuma Sato, with the “no attack, no chance” mentality, the Japanese driver led some laps but the final 7 laps cost him the podium that he was waiting and still waiting for.

Silent race for Ryan Briscoe on eight position, the same for the three-times-champion, Scott Dixon who finished ninth and continues on third place in the standings, 47 points behind Montoya. Similar silent race for James Jakes on 10th place, his best result after the podium in New Orleans.

Accidents in a carnage race, 14 retirements

Both cars of KV racing Technology had to retire today and they did that so early. Stefano Coletti was the first to do that due to a mechanical problem. Sébastien Bourdais abandon after run very high at turn 1, which makes him lost the control of the car and crash into the wall. This accident throw out kick out the Frenchman on hid title hopes.

Then, Jack Hawksworth retired from the race after a contact with Kimball at turn 2. The American continued racing then but finally abandoned for a mechanical issue.

Current runner-up of the series, Graham Rahal had to abandon after a contact with Tristan Vautier at turn 3. The Rahal Letterman Lanigan Racing driver is now 34 points behind Montoya but he said, he’s going to fight until last lap.

Tony Kanaan lost the control of his car at turn 3 and destroyed the car, similar to what happened to Marco Andretti, the only men who had complete all the laps of the 2015 season, anyway the local Pennsylvanian driver continues seventh in the standings, without the chance to win the championship.

Ed Carpenter retired for a mechanical problem, the same for Gabby Chaves who led the race when this was going to end; it’s the first laps that the Colombian driver lead in IndyCar. Pippa Mann had an early mechanical problems too but Dale Coyne Racing deal with, and the British girl comeback as the other drivers retired, finishing on P13, the best result of the season.

Castroneves abandoned too after a controversial re-start. The Brazilian continues on his hope to win the championship but he’s 77 points behind JP Montoya.

But the big crash today was when Sage Karam when he was leading the race lost the control of his car, destroying it. Then some debris contact with the helmet of Justin Wilson who lost the conscience and crashed. The Andretti Autosport driver quickly was airlifted to the hospital.

Next week the Verizon IndyCar Series will go to his end in the Sonoma finale, with double points race.