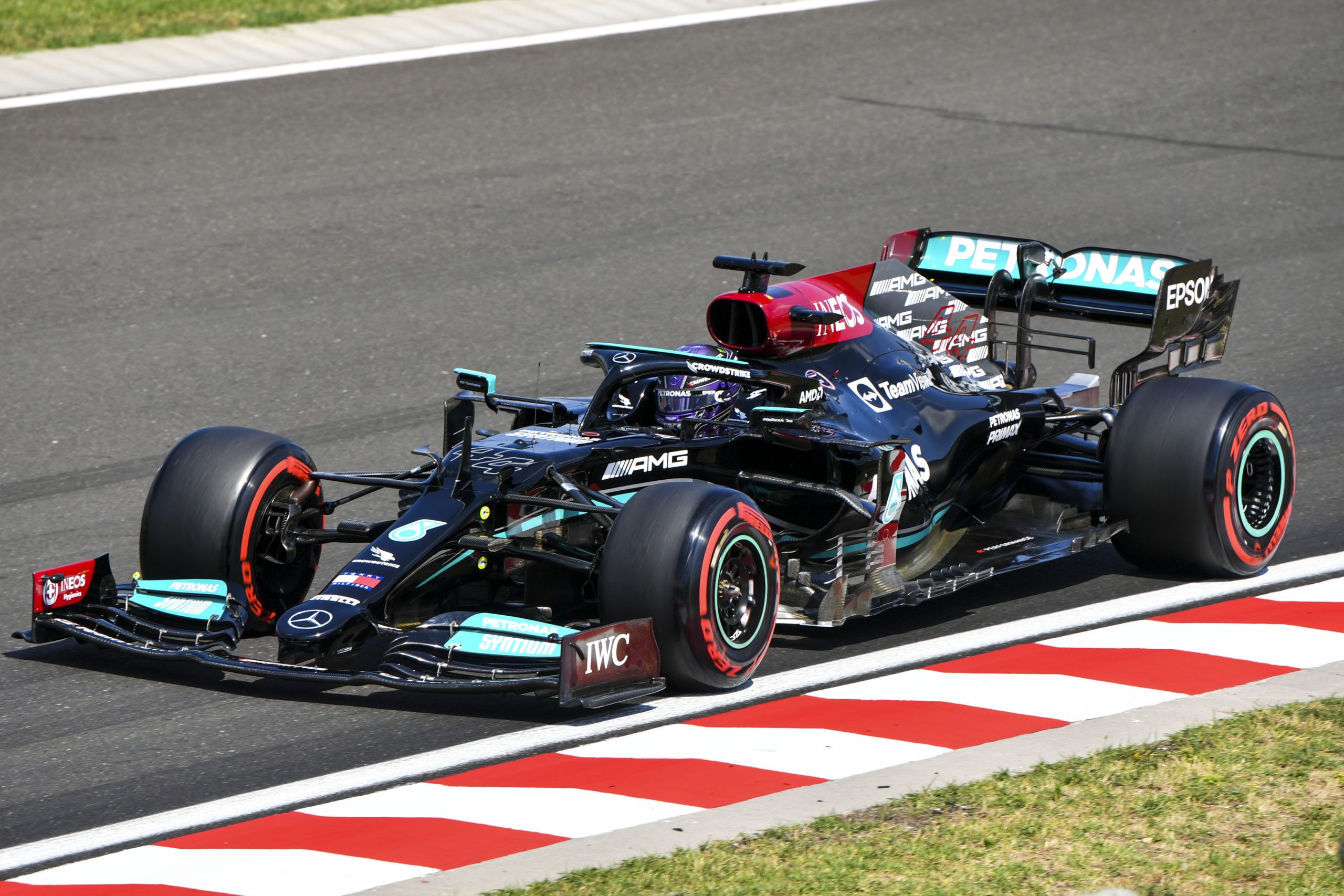 Mercedes remained on top in FP3 of F1 Hungarian GP, as Hamilton was fastest with a 1m16.826s from Red Bull’s Verstappen’s 1m16.914s, with the two separated just by 0.088s. Both of them set their fast lap after the red flag, though.

The other Mercedes of Valtteri Bottas (1m17.055s) was third, who set his time just before the red flag for Haas’ Mick Schumacher, who lost his rear to crash into the Turn 11 barrier. The car looked damaged on the left side, with qualifying chances slim for him.

There was improvements from both the Ferrari drivers, with Carlos Sainz (1m17.497s) in fourth from Charles Leclerc (1m17.520s). The duo improved after the red flag to get ahead of McLaren’s Lando Norris (1m17.772s), who set his best time before the incident.

The trio were quicker than Red Bull’s Sergio Perez (1m17.917s), who went for a second quick lap but couldn’t improve. His first flier saw him lost time in the middle sector, as McLaren’s Daniel Ricciardo (1m17.942s) did well to be eighth to be with his teammate.

The Italian was released in the way of Stroll and despite the attempts from Giovinazzi to slow down, there was a touch still, which put him under investigation. There was another moment on track for the Alfa Romeo driver against AlphaTauri’s Pierre Gasly.

The Frenchman was coming in hot in the left-hander, where Giovinazzi was driving slowly, which caught Gasly out and they almost made contact. The incident was noted too and be looked on by the stewards after the FP3 session.

George Russell was ahead of Nicholas Latifi again but the two were closely matched, with Giovinazzi in 18th from Schumacher and Haas teammate Nikita Mazepin, where despite the incident, the German managed to stay ahead of the Russian.

Here’s what was said on Friday of F1 Hungarian GP