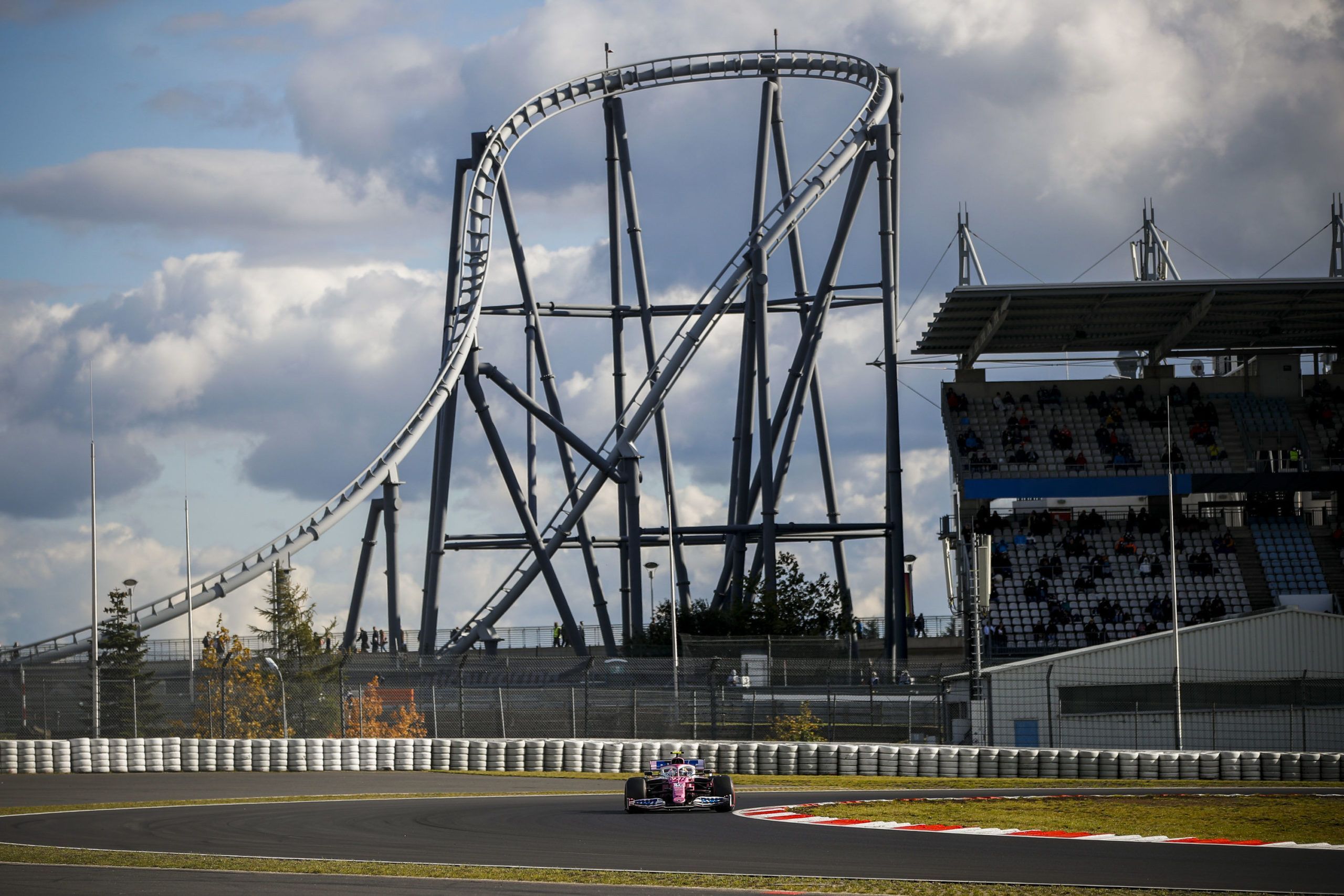 Nico Hulkenberg talks about his return to F1 Eifel GP as he adds about different feeling in the car, while Sergio Perez braces for a difficult race.

It was quick change from Lance Stroll to Hulkenberg post the F1 Eifel GP FP3 session at Nurburging for Racing Point after it became apparent that the Canadian won’t be able to take part for the rest of weekend as he isn’t feeling 100 percent.

It is still unclear as to what has happened with Stroll but it doesn’t seem to be COVID-19 as he was tested negative on Thursday. Even though they had Mercedes reserve Stoffel Vandoorne in the paddock, they called up Hulkenberg once again.

Fortunately, Hulkenberg was already in Cologne and was to be at Nurburging to work with RTL. Also, Racing Point had his seat from Silverstone, which helped further, while the German looks like was carrying his racing helmet along with him.

Unlike Silverstone, Hulkenberg got no laps and was straight into qualifying as he ended up 20th, only 0.204s off Kimi Raikkonen as he missed Q2 spot by four tenths. He was still happy with his work after having no time to adjust, even though he knew the car.

In fact, Hulkenberg stated that the upgrades in RP20 means, the car gave slightly different feeling than Silverstone. At the same time, the car was tuned to Stroll’s liking. “I feel good considering I had a heart attack at around 11 AM,” he said to TV media.

“‘m actually alright and alive. It was even wilder and crazier than last time. I was in Cologne, which is about an hour from here. I was due to come this afternoon and I was going to do some TV stuff for RTL tomorrow. I was sat with a friend, having a coffee when I see that Otmar rings me and says ‘Hulkenberg, hurry. We need you here’.

“And I stepped in the car, and came here. The rest is history. A two-point overturn in a heartbeat. I did the required COVID testing and I probably had around 40 minutes with the engineers before jumping into the car for qualifying I feel quite positive and good about it, to be honest. I also had a bunch of fun out there. It is a fantastic track, after all. I am very happy to be here again, especially back in an F1 car.

“Obviously, it was going to be super difficult to get a really good result out of this. I have to say, the car has evolved quite a bit: there are a couple of really technical things that are different. I had to find my feet again, find my rhythm, which obviously, in that short of a time is tough. It felt quite different compared to Silverstone. Obviously, a completely different circuit, and the car has changed too.

“There are a couple of technical bits that are very different and give the driver a very different sensation. To find that out, and also just to find my feet again. In four laps that’s not so easy. I’m happy, even if it’s last position. That’s unfortunate, but the gap to the mid-field was not that big,” summed up Hulkenberg.

Looking at the race – even though he knows Nurburging – he sees it as a difficult one, with the aim to score points. The weather is expected to be colder, which will add to his misery. Despite that, Hulkenberg is excited to race once again, his would-be second start of 2020.

“I am excited, but a bit wary – concerned is the wrong word,” said Hulkenberg. “Obviously, we’re gonna have a massive job on our hands, I’m just gonna get into the usual race prep, do what we can, and we’ll just have to get on with it. I have the experience — four laps in the pocket — now, those will sink in.”

It actually didn’t work that well for Racing Point as Sergio Perez was only ninth. He started off Q1 on medium tyres strangely and did rest of his runs on soft compound. He also did just the sole lap out of sequence in Q3, but was beaten by Renault and one McLaren.

“We should definitely be a bit higher, I think we messed up a bit with our strategy, we thought we had a bit more pace and we tried the medium in Q1 which meant we lost basically a set for Q3,” said Perez. “We only had one set in Q3 and I reckon the track changed a lot in that final run.

“The wind picked up a lot so the balance was pretty bad and unfortunately I only had one set. I went through on a single set of softs, so we could have done a bit better in that regard. Whenever it is a bit windy, it hurts us a little bit. It will be an unknown race, a lot to play for, just getting through Lap 1 and minimise the troubles in this race.

“It isn’t looking great for the race to have both the Renaults ahead, the Ferrari, it can be a painful day in the championship for us. It all changed very quickly with Lance not coming in this morning, I could see some stress in the team. I didn’t know what was happening, so I just hope health-wise Lance is okay and we can have him back soon.

“For Nico as well, it was difficult to jump in straight. It is tricky with not a regular teammate as we have to get through alone,” summed up Perez. Meanwhile, speaking about Stroll, Otmar Szafnauer said, it was a decision taken keeping Portugal and Imola in mind.

He stated that Stroll had been feeling unwell and so they did not wish to take any chances. “Lance was taken unwell this morning and we took the decision not to run him for the rest of the weekend,” he said. “He’s under the weather, but not showing symptoms to suggest COVID-19.

“But it was sensible to give him time to recover to full health so he can be ready for the next double-header in Portugal and Imola. Fortunately, Hulkenberg was in nearby Cologne and was able to easily step in for Lance. He was the logical choice given that he drove for us at the Silverstone races.”

Stroll hasn’t been feeling right since Russia. He’s been tested several times for Covid but has always been negative. Had a stomach upset overnight and with back to back races coming up felt it better to rest and get well. He has a doctor looking after him. #bbcf1 #F1