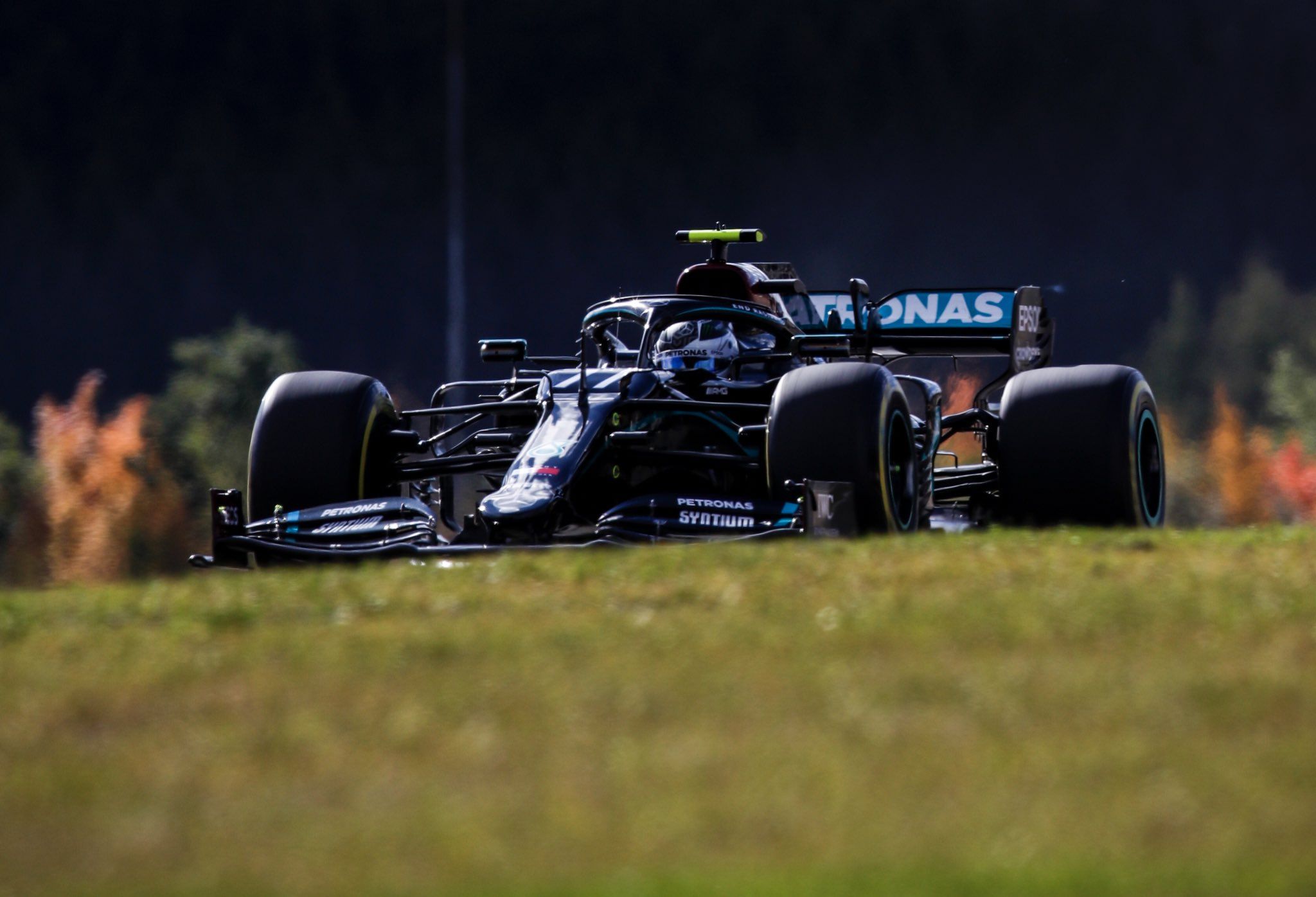 The first part of F1 Eifel GP qualifying at a sunny Nurburgring had Red Bull Racing’s Max Verstappen head the pack from Mercedes’ Valtteri Bottas and Lewis Hamilton as Nico Hulkenberg got his first taste of the Racing Point car of Lance Stroll.

He had his Bumblebee helmet on from last season. It was a tall ask already as he ended up 20th with the best of 1m28.021, missing Q2 spot by four tenths eventually. Strangely, his teammate Sergio Perez used the medium compound along with Williams’ George Russell.

The second part of F1 Eifel GP qualifying had the strategy game out with Mercedes, Ferrari and Renault’s Daniel Ricciardo starting the session on the medium tyres. Among them, only Hamilton looked safe while Bottas made a mistake to switch eventually.

However, they all changed to soft tyres with Hamilton going fastest from Verstappen and Bottas. It was close at the back for a Top 10 spot as Ferrari’s Sebastian Vettel just missed by four tenths after setting a 1m26.738s as he has a free tyre choice for Sunday.

It was another good showing from Ferrari’s Charles Leclerc in fifth after the first run and he delivered in the final run as well to be fourth with a 1m26.035s, which was enough to demote Albon to fifth, who set a good 1m26.047s himsellf.