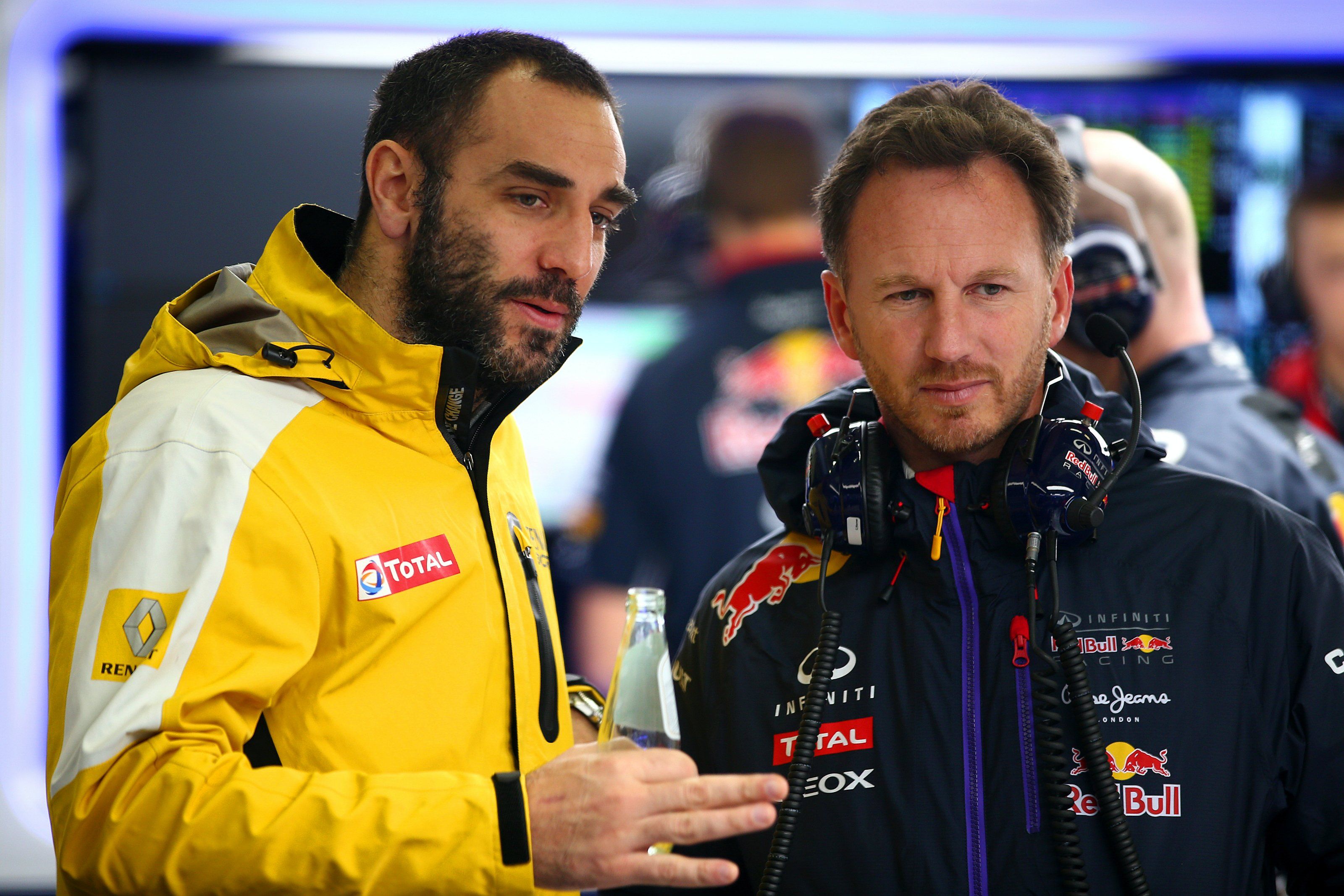 Red Bull Racing’s Christian Horner has revealed of frustration boiling over in F1 2015 with Renault as Cyril Abiteboul softens on the history.

Even though Red Bull and Renault are no longer partners, the back and forth attacks continue between the two – sometimes as a banter and on some occasions, it is pure sarcasm to showcase the real frustration.

The last few years hasn’t been smooth with Red Bull constantly picking on Renault especially on the power output, even to the extent that it brought in Tag Heuer as its naming partner for the French manufacturer’s power units.

Even before the F1 2019 season set in, Red Bull put its new partners Honda above Renault already. While so far, it has been the case but it is not 100 % clear if its the engine gain or the car in itself for Red Bull and Renault to have the opposite performance level.

Anyways, the latest attack took place during Azerbaijan GP weekend, where a discussion between Red Bull and Renault came in the eyes of the public. Apparently, Adrian Newey admitted that back in 2015, Red Bull criticised Renault on purpose on certain situations.

Clarifying the comments made by Newey, Horner said: “I read with interest Adrian’s comments about that and I think what he is referring to is actually back in 2015, where we had several conversations, we had been to Paris and seen Carlos Ghosn.

“We had presented what our concerns were and I think by 2015, when the engine was arguably worse than it was in 2014, then frustration boiled over to the point that it was like ‘OK, if we are more open about what our frustrations are, maybe it will force a reaction’.

“It didn’t. So Cyril came back into the full brunt of it. It was one of things that you try every mechanism that you can to try to generate competiveness and at that time, it was felt that maybe Renault couldn’t possibly afford the embarrassment of these engines not being competitive and not being reliable and not delivering.

“But unfortunately it didn’t work.” As Horner mentioned, Abiteboul wasn’t part of Renault in 2014 as he was working with Caterham, but the Frenchman returned to the French manufacturer in 2015 as they started their journey back into F1 as a team.

While Abiteboul didn’t know the nitty-gritty of the talks between Horner and Ghosn, the Renault F1 chief didn’t like when Horner said ‘it didn’t work’ in his answer. He chose to remind the Red Bull F1 boss about the glory days of the team for which Red Bull is known.

“It’s not the first team and it’s not the last team to use all the weaponry of this world, and frankly you guys, to influence what is going on. I was reading yesterday that Max is happy to take an engine penalty – amazing.

“That’s part of this world, but I don’t want to lose sight of the fact, and I would concur with Christian in relation to that, our engine was not at the required level in 2014 and 2015. There are mitigating circumstances.

“Thank your for giving me the opportunity to say that. But then, later on, indeed we lost a little bit the momentum and sight of what needed to be done for 2014 regulations. The rest is history and we;’ll see what the future is holding.”