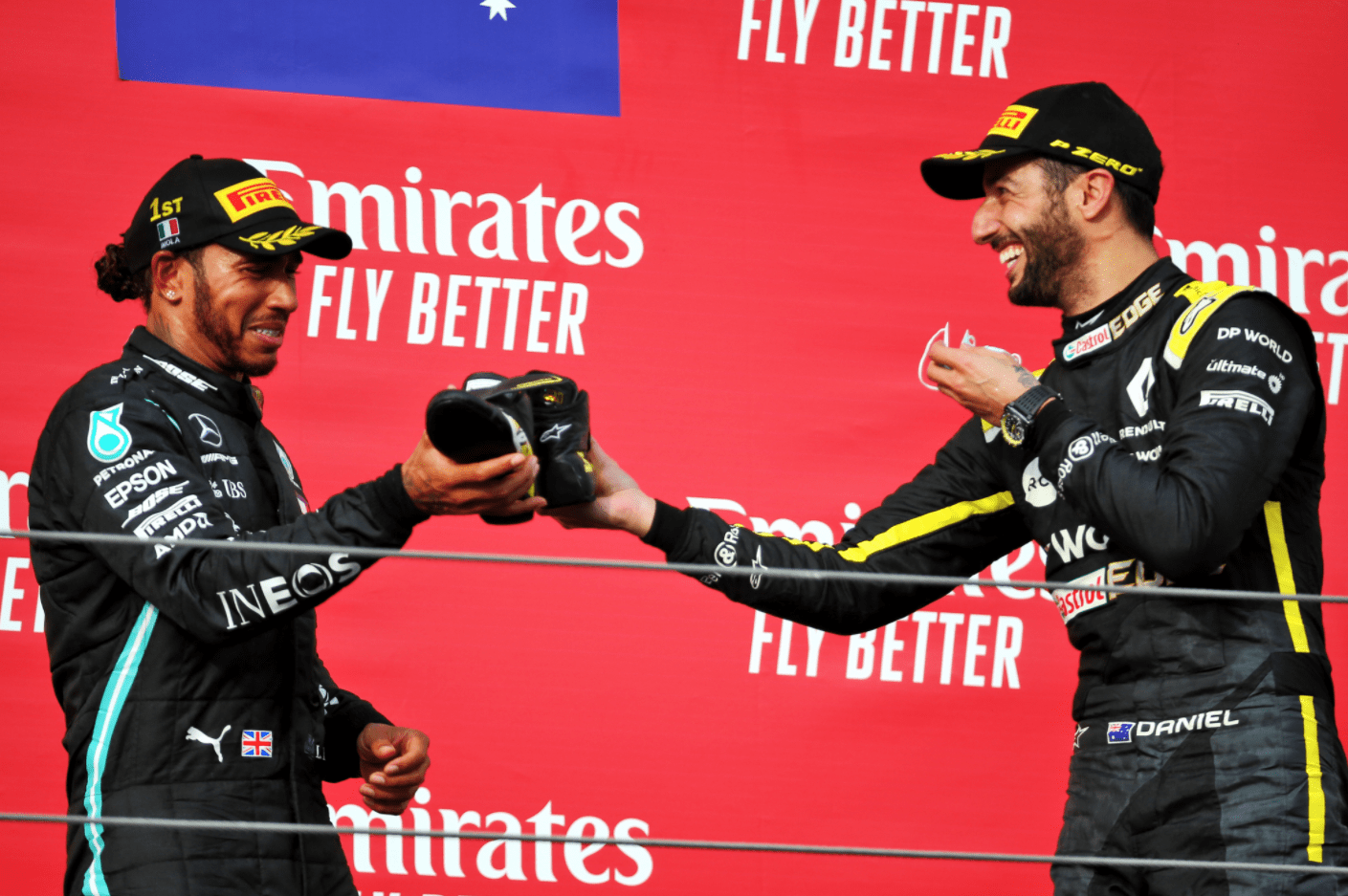 Lewis Hamilton says he’s glad that Daniel Ricciardo’s mum takes him as a sport after he did the shoey after winning F1 Emilia Romagna GP.

While it was expected of Renault’s Ricciardo to perform the shoey on the podium after a surprise third for the Australian in F1 Emilia Romagna GP at Imola, but rival Mercedes’ Hamilton surprised him after his request to join him doing so.

Ricciardo forgot doing shoey at Nurburgring but remembered to do it in Imola. But as he sat down to do so, Hamilton told him that he would join him. This was a stark difference to 2017 British GP when the Brit vowed to never do it, citing hygiene.

But with the historic moment of Mercedes winning its seventh consecutive F1 constructors’ title, Hamilton gave in to do it, something Ricciardo’s mum thought was cool and a good sport from the British racer after his previous no moments despite sharing the podium.

“I took my right shoe off, poured it, was about to salute the mechanics and I heard Mr. Hamilton asking me to take my left shoe off, he also drank out of my shoe,” said an elated Ricciardo to TV media after the grand prix. “It was majestic.

“I think it was three years ago on the podium, he said that he will never ever drink out of my shoe and in 2020, strange things have happened. After that I was very adamant that I’ll get him to do it one day, so here we go, we did it.

“The champagne is colder these days, I don’t know if it is due to winter but it makes the shoey experience, slightly more toreable,” summed up Ricciardo, as Hamilton started by stating that the champagne tasted bad like a ‘toe jam’.

“It definitely didn’t taste great,” said Hamilton. “I mean I don’t really like Champagne as it is, but it definitely tastes worse. But what’s positive is that Daniel’s mum thinks I was a good sport, so I’m grateful for that. I think Daniel had said that I’d once said never, that I would never do it. So there’s a lesson – never say never. It was a good moment.”