Home F1 Hamilton gets closer to the championship 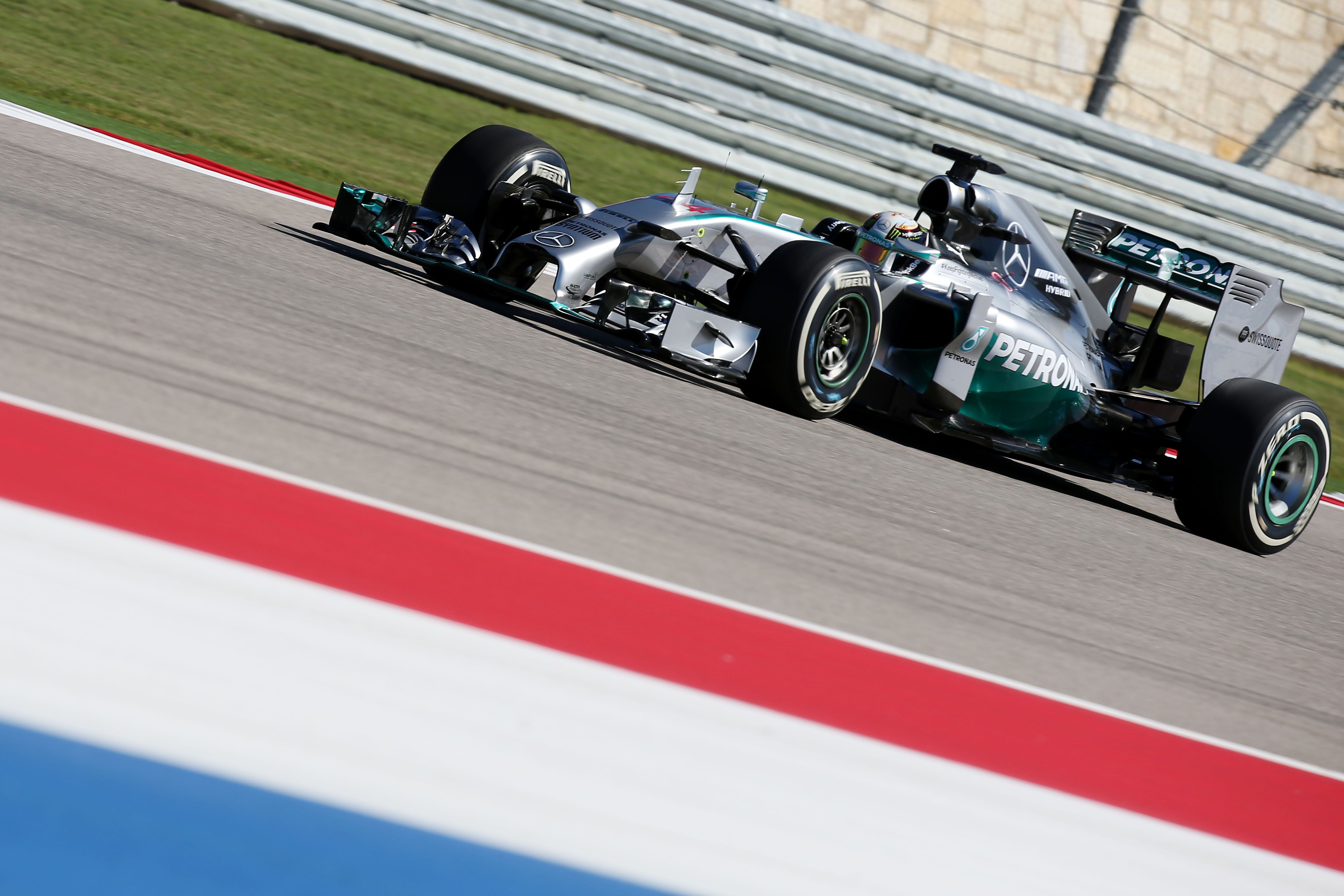 Lewis Hamilton won the United States Grand Prix becoming the winningest British Formula 1 driver with a total of 32. Nico Rosberg could only finish second after being overtaken by Hamilton in mid-race. Daniel Ricciardo completes the podium after a bad start and after overtaking Williams drivers and Fernando Alonso.

The Grand Prix has started with 18 cars, Rosberg was out and has kept the first place while Massa outperformed Bottas for third, Alonso climbed to fifth. Perez, Raikkonen and Sutil caused the safety car to come out and the withdrawal of the Mexican driver and the one from Sauber. With this situation Hulkenberg, Magnussen, Gutierrez and Button took advantage to stop in box, although Vettel had two consecutive stops.

Felipe Massa and Daniel Ricciardo were the first to stop in boxes on lap 15, Rosberg and Bottas did on the next lap, this helped Ricciardo to overtake the Finnish. One lap later, Hamilton, Alonso and Grosjean also made ??their first stop.

Button and Alonso on lap 22 were battling for eighth place very cleanly outdoing each other without stopping at every turn. Two laps later the British lost site with the Spanish. Ahead, Hamilton got to the front of the race after overtaking Nico Rosberg. Vettel also had trouble keeping the ninth, and was overtaken by Grosjean, Vergne and Räikkönen; These facts made ??the four-time world champion enter to boxes a third time.

Alonso continued attacking and surpassed Magnussen for sixth place. A few laps later the last pit stops arrived and the most affected were Williams who looked like Ricciardo would steal them the podium. Also his teammate was regaining positions, ranking eighth to beat Magnussen.

With Ferrari being the last to stop, Alonso had to fight for sixth place, but finally succeeded, however, the four-time world champion needed to stop again in the absence of 8 laps, which condemned him to the fourteenth place.

Button was doing a plug from the eighth place with six laps to go but behind also had struggles with Grosjean ninth, Jean-Eric Vergne tenth and Maldonado; Raikkonen was up to twelfth place after passing Kvyat.

With four laps to go Vergne got to beat Button and Maldonado. Then Vettel came with a very good rate and also exceeded the British, getting to enter in the points. The German was unstoppable and a few seconds later surpassed Maldonado for ninth place. But Vergne also had nothing to do with Vettel, easily done with the eighth.

On the last lap, Maldonado got to beat Vergne for his first points this season, getting ninth. Nothing and no one was able to face Lewis Hamilton, who wins for the fifth consecutive victory and making a breakthrough in the drivers championship.

Hamilton now leads the championship by 24 points ahead of Rosberg.