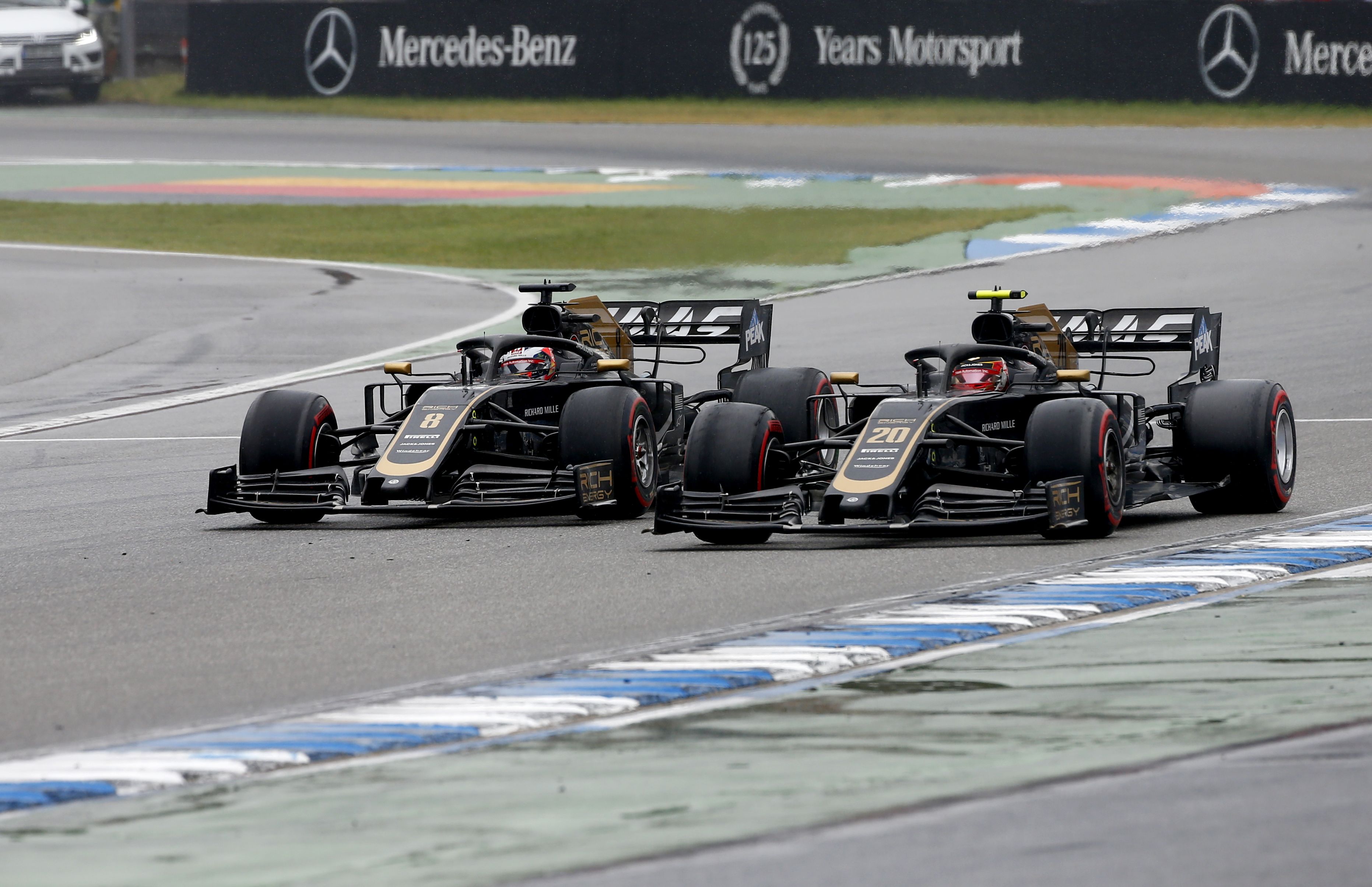 Haas F1 Team will continue with its idea to have a split spec between Romain Grosjean and Kevin Magnussen in this weekend’s Hungarian GP as well.

After weeks of pushing since the F1 Spanish GP, Haas agreed with Grosjean to give him the spec which he used in the 2019 season opener in Australian GP, from British GP onward, which they continued to run in last weekend’s German GP as well.

They couldn’t collect as much data at Silverstone after an early crash, while the Hockenheim race threw mixed results, where Grosjean looked good in the hotter conditions but not so much in the cooler conditions – it was opposite for Magnussen.

The Frenchman did make it into Q3, while the Dane couldn’t after a lock-up but he wasn’t far off from the Top 10 still. With the mixed conditions in race day, it wasn’t as useful for Haas as it was difficult to assess the difference between the two then.

The overall assessment that both were slow as they only finished ahead of Williams and lucked in to score points, where they eventually finished seventh and eighth to now have 26 to their name – tied with Alfa Romeo Racing – to be eighth in the standings.

It being a back-to-back weekend with Hungarian GP coming up next at Hungaroring, Haas has decided to continue with the split strategy in the hope to get more data with Grosjean running the Australian spec and Magnussen using the upgrade brought in Hockenheim.

“Having compared the three specs at Hockenheim, we still haven’t come to a conclusion as to what is actually happening on our race pace – where we seem to be slow, but can do a good qualifying lap,” said Haas team principal, Guenther Steiner.

“So, we’ve decided to run again in Budapest – Grosjean with the Melbourne spec and Magnussen with the Hockenheim spec. You take all the data and just try to compare where we can improve and see where we went off the plan.

“At the beginning of the season we were looking very competitive, then in the races after Melbourne, that’s not been the case anymore. So, we need to understand what went sideways, and that is what you do when you compare two specs of car.

“Hopefully, we can get as much information as possible and come to a conclusion in which direction we need to work.” Looking at the weekend ahead, Grosjean is not going in with much expectation considering the way Haas has performed so far.

“We don’t really know how it’s going to go. We take everything race-by-race at the moment,” said Grosjean. “For now, we’re in an experimental time as the car has been quite tricky to understand. At some tracks where we thought we’d do well, we did not.

“And other tracks where we thought it was going to be a bit more tricky, things actually worked better. So, let’s just go race-by-race. Hungary is one of my favorite races of the year. I love the fans there, I love the circuit, the atmosphere, and it’s always the summer.

“It’s right before our summer break, so you know you can really go flat-out then recharge your batteries. I’m looking forward to going there.” Magnussen was low-key in his expectations as well, but hopes to have a better run like Monaco.

“It’s hard to say, really,” he said. “We were strong in Monaco – that’s a pretty low-speed track, as is Hungary – but obviously not quite like Monaco. We’ll see when we get there. It’s pretty hard these days to make too many predictions.”

Steiner left surprised after another Haas tangle, will speak with both again