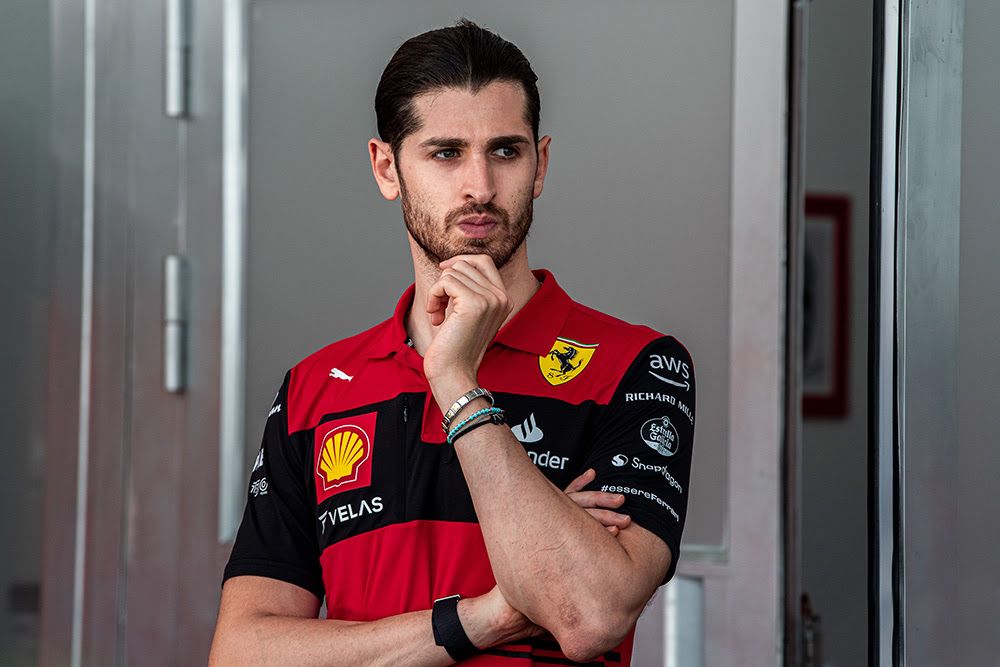 Antonio Giovianzzi has been handed two FP1 outings by Haas at F1 Italian GP and the US GP, replacing each drivers at the two races.

In a surprise move, Haas has handed FP1 outings to Ferrari reserve Giovinazzi in their car for the two races in the second half of the 2022 F1 season. The Italian will replace Kevin Magnussen in Italian GP, and Mick Schumacher in US GP.

Having completed his maiden Formula E season with Dragon Penske, Giovinazzi seemingly will be available full-time on the F1 side for Ferrari in the second half. While there is a provision in the regulations for young drivers to run, but the Italian isn’t one.

Considering that he has already raced in F1, Giovinazzi can’t be counted as a young driver which leaves Haas to still vacate the seat in FP1 for a young driver. Team boss Guenther Steiner stated that Ferrari wanted to give track time to the Italian which they agreed to.

“We’re happy to welcome Antonio Giovinazzi back to the team for the two FP1 outings,” said Steiner. “Ferrari were keen to give Antonio some seat time in a current-spec Formula 1 car on a race weekend and we were naturally happy to assist.

“We enjoyed a similar situation back in 2017 with Antonio and Ferrari – the clear difference between then and now is the experience he’ll have gained competing for the previous three seasons in Formula 1 and the feedback he’ll be able to give us in Italy and America. I’m looking forward to seeing Antonio again and having him back in the paddock with us.”

At the same time, Giovinazzi added: “I’m so glad to have the chance to drive again in official F1 sessions. Besides simulator driving it is important to test a true car and I can’t wait to put my suit and helmet back on. It’ll be an opportunity to get confident with the new generation cars – it’s the best way to be ready if I were called as reserve driver.

“Driving on challenging and exciting tracks as Monza and COTA makes it even more thrilling. Thanks to Haas F1 Team and Scuderia Ferrari – I’m looking forward to giving my contribution to the team that counted on me already in 2017.”

Here’s Mick Schumacher on his approach