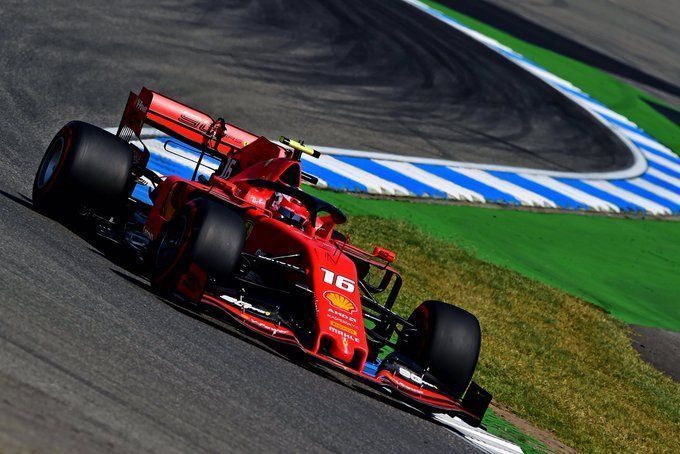 Ferrari continued to be on top in second practice session in F1 German GP with Charles Leclerc ahead of Sebastian Vettel and Mercedes’ Lewis Hamilton.

Like the FP1 session at Hockenheim in F1 German GP, the FP2 session saw a red flag period as well after a heavy shunt for Red Bull Racing’s Pierre Gasly in the final corner when his rear snapped on him as the left side of his car brushed the tyre barrier.

The other Haas of Kevin Magnussen (1m15.470s) was only 18th from the two Williams as George Russell (1m16.900s) was back in front of Robert Kubica (1m16.980s) – with the upgrades seemingly working considering their lap times closer to the leaders.