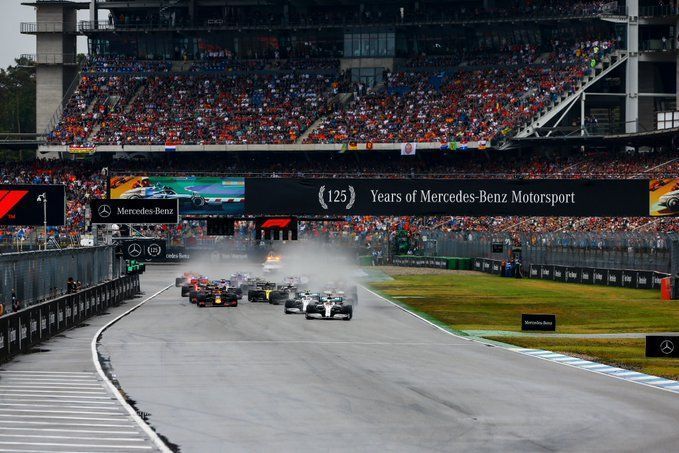 The F1 German GP turned out to be an epic ride as Red Bull Racing’s Max Verstappen took the win but the statistics side had plenty on offer too.

Already on Saturday, there was supreme drama with both Ferrari having issues as Sebastian Vettel couldn’t even set a time for the F1 German GP, while Charles Leclerc made it to Q3 but couldn’t start, which meant Mercedes had a free reign.

Only Verstappen looked likely threat but Lewis Hamilton was on-song to secure pole but the Dutchman had front-row to his name. The race, though, was a different game together with all the rain pouring at Hockenheim as both Red Bull cars had it slow at the start.

It was Mercedes leading the way but with changing conditions and multiple safety car periods, it was Verstappen in the end to score the win as Vettel fought his way through to second ahead of a surprise third in the form of Toro Rosso’s Daniil Kvyat.

The Russian was followed by another surprise with Racing Point’s Lance Stroll inside the Top 5 as McLaren’s Carlos Sainz was fifth and Toro Rosso’s Alexander Albon sixth. It were the Alfa Romeo drivers originally in seventh and eighth but penalty dropped them out.

It pushed Haas’ Romain Grosjean to seventh ahead of his teammate Kevin Magnussen, as Mercedes’ Hamilton moved up to ninth and Williams’ Robert Kubica took 10th among the 14 classified finishers.

Here’s some key statistics and information from the German GP weekend: