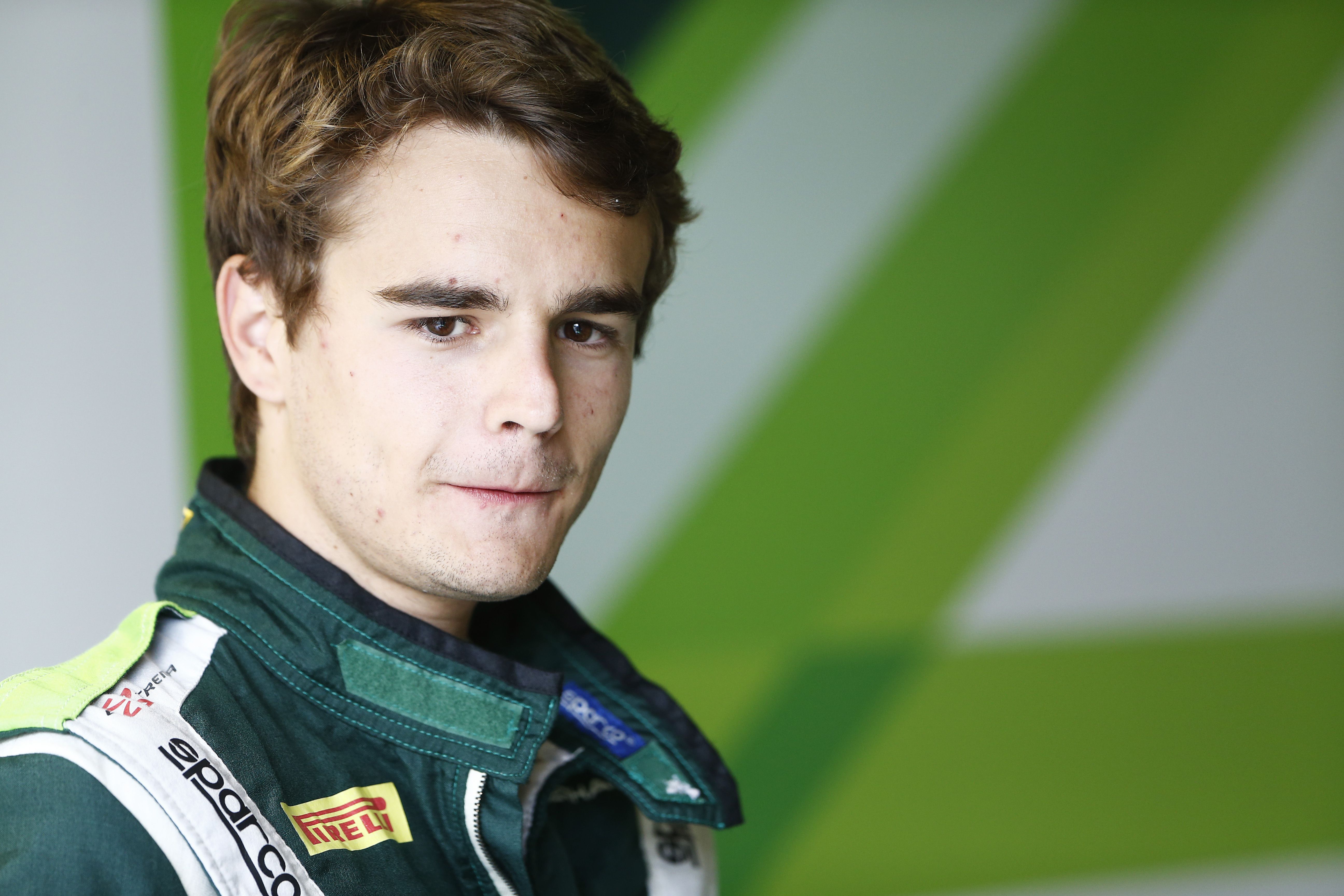 Former championship winning team Carlin will return to Formula Renault 3.5 Series in 2015, with Jagonya Ayam drivers Sean Gelael and Tom Dillmann. After a one year sabbatical, Carlin return to the series with the backing of the Indonesian Jagonya Ayam brand, which previously saw race winning success with Carlin in the 2014 FIA Formula 3 European Championship.

Gelael stays with Carlin after a successful season with the team in F3, which saw the 18 year-old turn into a regular point’s scorer in the competitive junior championship. Gelael now steps up to FR3.5 after completing some testing in the series during the winter period.

Gelael will be teamed with Frenchman Tom Dillmann who will enter his first season in FR3.5. Dillmann has race winning experience in top line championships though, as a race winner and front runner in the GP2 Series. Dillmann joins Jagonya Ayam for the first time this year.

“I’m very happy to be staying with Carlin for 2015,” said Gelael. “It means there will be some continuity, although there will obviously be some new people and of course new challenges in FR3.5. Having had the opportunity to test a FR3.5 car I’m very excited about the season ahead. It’s quite a step up in power from Formula 3 and we visit some amazing circuits throughout the season. I can’t wait for the season to get underway now.”

Team mate Dillmann added, “I’m delighted to be joining Carlin for the FR3.5 season and want to thank Jagonya Ayam for this amazing opportunity. I’m confident that we have a good team around us and I look forward to showing what we capable of once the season gets underway.”

Speaking about the team’s driver line-up Trevor Carlin said, “We are delighted that Jagonya Ayam have chosen to stay within Carlin. Sean demonstrated real progress last season and developed as a driver. We’re excited to take him up to the next step in his career now and continue that progress in FR3.5. Tom brings a wealth of experience to the team and we know first-hand his talent and pace. He will be a great asset and we look forward to challenging for race wins from the start. We’d like to thank Jagonya Ayam for their continued support and partnership.”