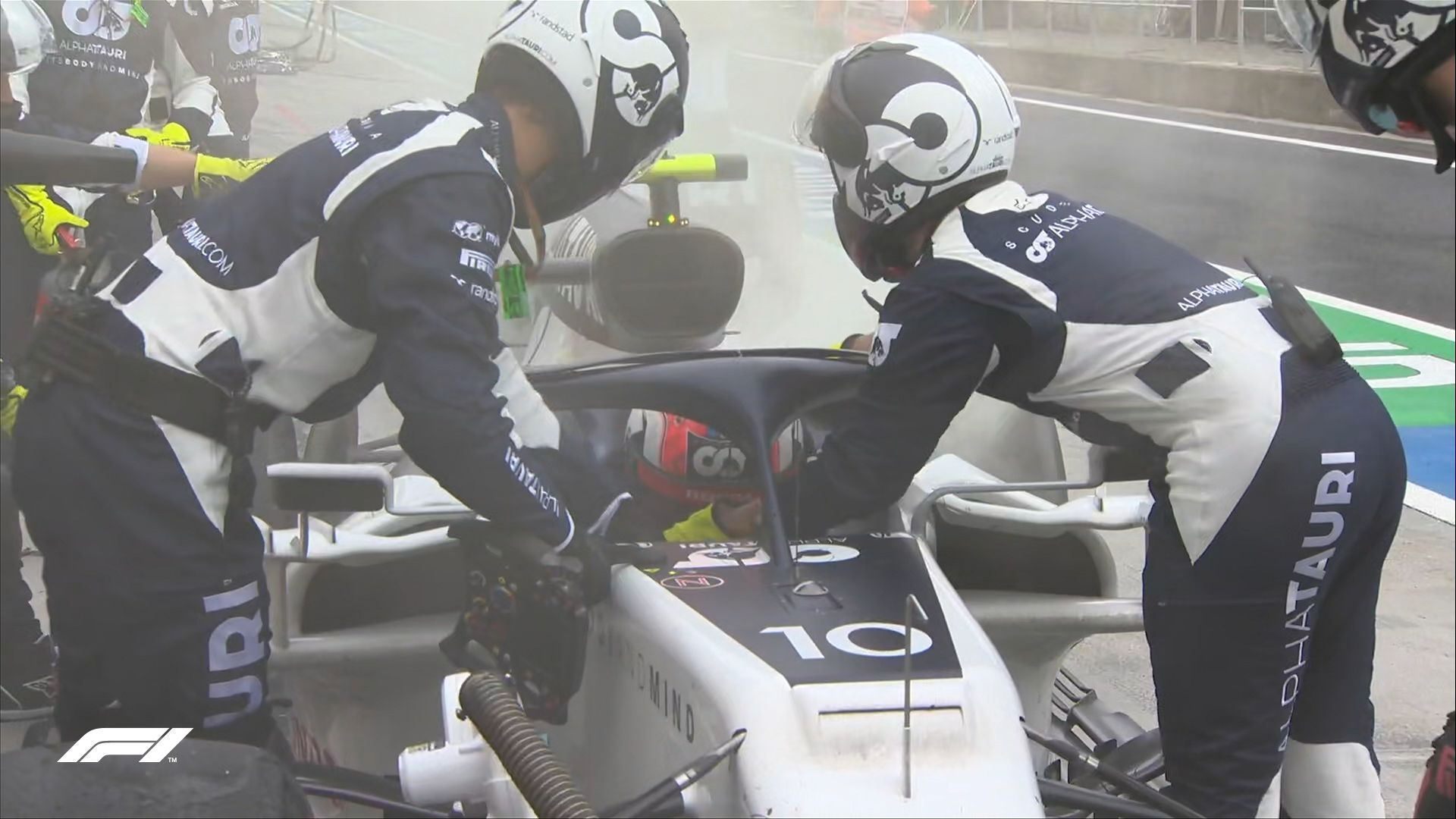 AlphaTauri’s Pierre Gasly did not have an engine issue but it was a gearbox failure which resulted in F1 Hungarian GP retirement as Daniil Kvyat says he is still understanding the car.

It was a torrid weekend for Gasly at Hungaroring which ended up in a retirement from F1 Hungarian GP despite running inside the Top 10. The Frenchman missed whole of FP1 due to sensor trouble and complained all-through then about lack of power.

Gasly took new power unit for the race with brand new parts but retired eventually from F1 Hungarian GP, the sole driver to do so. At the time of his retirement – with smoke bellowing from the rear – it seemed like a trouble with the Honda power unit.

Post-race, however, it was clarified that the retirement was due to a gearbox failure. “It was a very difficult weekend for us,” said Gasly. “For some reason we struggled the whole time, with a few issues here and there.

“We had a drivetrain issue in the race and since the beginning of the race I had problems with gear shifts which we tried to fix on track but we couldn’t, so we just had to retire the car. It’s a big shame, but we were just unlucky this weekend,” summed up Gasly.

AlphaTauri will be looking at what caused the issue as Honda were relieved to see no damage to the new power unit. On the other hand, Kvyat finished 12th, just managing to hold of McLaren’s Lando Norris and Renault’s Esteban Ocon.

The Russian has one point to his name but it has been a difficult start to his 2020 F1 campaign as he says that he is still figuring out the car. “I was happy with the race pace, I overtook some cars already on lap one,” said Kvyat.

“I made a very good call to go on slicks at the right time. After the pit stops I ended up behind cars I had already overtaken on the first laps. I need to review the race to understand it better, because I felt there was a chance of finishing in the points today and to end up only P12 is not really satisfying.

“I’m still working on understanding the car with my engineers and we learnt a lot during the last three races. Every lap is important and we’ll try different solutions to suit the car a little bit more to my driving style in Silverstone.”