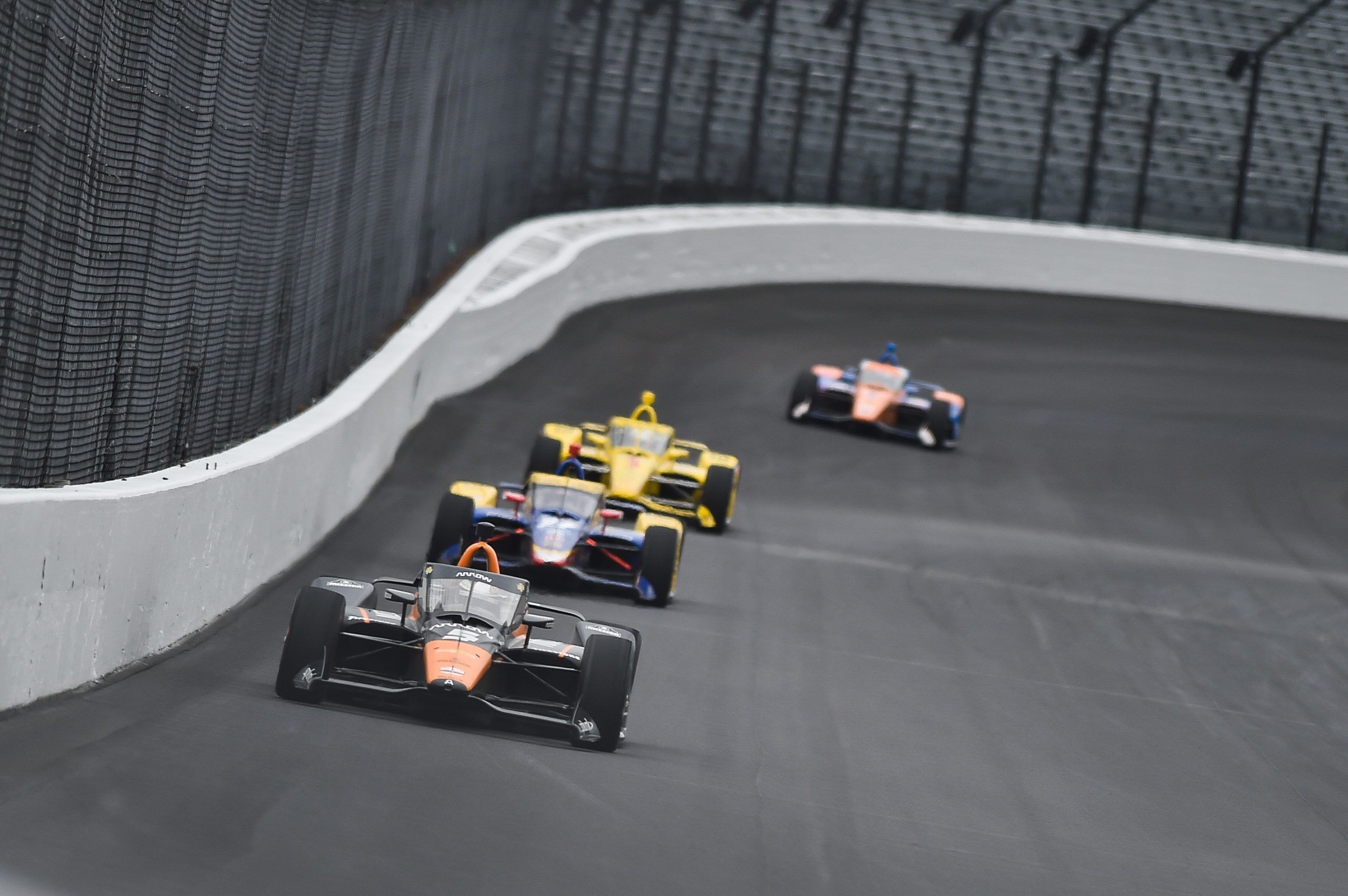 IndyCar president Jay Frye admits the series’ mock test of KERS at IMS left “more questions” than answers as they had anticipated it might.

The test took place at IMS, with IndyCar seeking to collect information on how racing at Superspeedways may be affected by a KERS system as IndyCar switches to hybrid power in 2023. To replicate the effect, drivers used push to pass – a system traditionally reserved for road and street courses.

Among the concerns shared by the five participating IndyCar drivers were that the system could be exploited for defensive gain, and that the heightened speeds would make cars unstable. Frye says important lessons could be learned from the test, but that larger questions were raised by their findings.

“We came into today thinking this would precipitate more questions than answers, and that’s probably what happened,” Frye told Motorsport Network, RACER, IndyCar and other outlets. “So that’s fine. We’re looking at how this could work in 2023 with the new hybrid system coming in. We did learn a lot. But it did also create a lot of other questions,” he admitted.

Frye revealed that IndyCar drivers took a liking to energy boosts of 5 seconds in duration, preferring this to ten seconds of extra power per deployment. “We had a 20-lap run basically without it and then 20-lap runs with [boosts of] 10sec duration and then one with 5sec [boosts], and [the drivers] liked the shorter version better. That was interesting,” he said.

With power units expected to produce something in the realm of 900 horsepower – an increase of 100 from today’s standard power units, the estimated 60 additional horsepower from push to pass was not fully representative, but CGR’s six-time IndyCar champion Scott Dixon points out that the system still made their cars significantly quicker.

The Kiwi fears this effect would be even greater with a hybrid system, and thus put IndyCar drivers at risk: “I’m not sure if it was 50 or 60 more horsepower; the manufacturers never tell us. But using the longer variation of P2P, it jumped our speed up 5-6-7 mph. With the draft, you arrive at the corner 10 mph faster than normal, and I think we all had some ‘Oh crap!’ moments, because it’s not what we’re used to,” he shared.

“I’m not a big fan of overtake on a superspeedway, because we’re all very vulnerable and sometimes crazy situations (arise) that aren’t necessarily good and might make the racing worse. It’s going to raise the speed and abuse the tires, so there are lots of questions to answer,” Dixon said.

Andretti’s Alexander Rossi shared concerns after the test that fellow IndyCar drivers may choose to conserve their boost and use it for defensive purposes at the race’s end, possibly limiting overtaking opportunities late in the race. “Indy is always a fuel-saving race and nobody is going to use theirs until the end,” Rossi said. “Then everyone is going to use it to defend, so it’s not going to change anything.”

Josef Newgarden of Team Penske called the test an “interesting” one, with mixed results. The American suggested possibly incorporating the system on the short ovals of the IndyCar schedule: “It was an interesting day, a data-gathering day. We ran the car in a couple of configurations with some good cars, and there were some good parts and some not so good. I don’t know that you necessarily need it here at Indianapolis, that’s my initial feeling. Maybe we try to implement it at a short oval.”