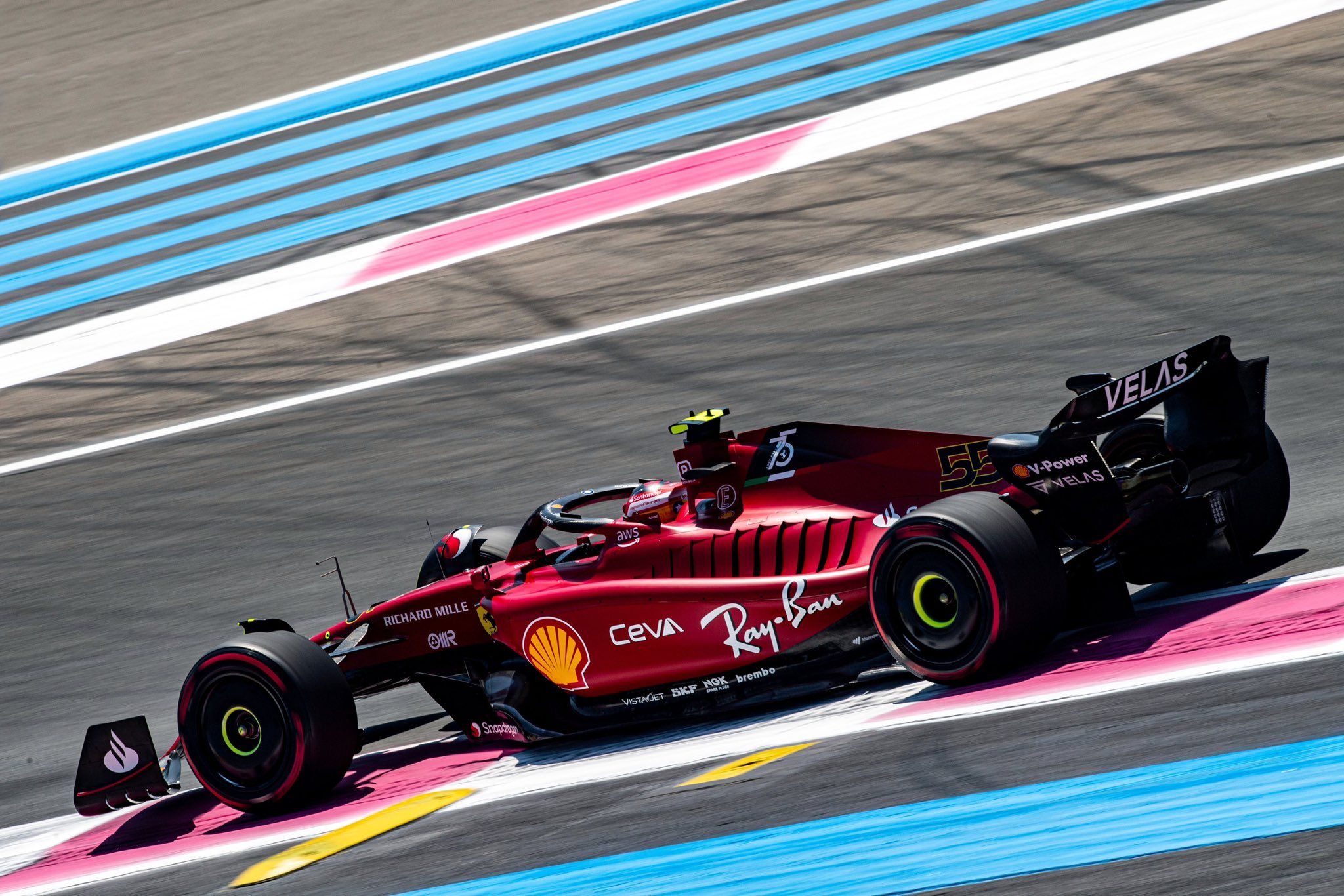 The FP2 in F1 French GP at Paul Ricard saw similar FP1-like moments for few drivers as drivers took a bit more liberty at a track which consists of tarmac run-offs, enabling them to re-join the circuit without the fear of losing out as much.

Haas’ Mick Schumacher had a spin at Turn 11 but the German managed to avoid the barriers, while teammate Kevin Magnussen managed to save himself from going off. At the front, the Ferrari pair set the pace with Carlos Sainz (1m32.527s) leading.

The Spaniard is not using his full engine considering he has take a new one but despite that he managed to beat teammate Charles Leclerc (1m32.628s), with Red Bull’s Max Verstappen (1m33.077s) slotting in third. The Mercedes pair ended up fourth and fifth behind them.

George Russell (1m33.291s) was ahead in fourth from Lewis Hamilton (1m33.517s), who was back in the cockpit to start his 300th grand prix weekend. McLaren’s Lando Norris (1m33.607s) was sixth on his second fast lap after losing out the first time due to a minor moment.

AlphaTauri’s Pierre Gasly (1m33.906s) did well in seventh with Magnussen (1m33.928s) in eighth despite the Haas car not having any updates. McLaren’s Daniel Ricciardo (1m33.984s) was ninth from Red Bull’s Sergio Perez (1m34.060s), who seemingly lacked pace overall.

Much like him, the Alpine pair seemed in similar boat with Fernando Alonso in 11th and Esteban Ocon way down in 18th. Alfa Romeo’s Valtteri Bottas returned to the cockpit as well in 12th with Aston Martin’s Sebastian Vettel ending up in 13th.

His teammate Lance Stroll was 15th behind AlphaTauri’s Yuki Tsunoda, as Williams’ Alexander Albon was only 16th after a good show in FP1. Alfa Romeo’s Zhou Guanyu was 17th from Ocon, Schumacher and Williams’ Nicholas Latifi.

Here’s how FP1 panned out in F1 French GP