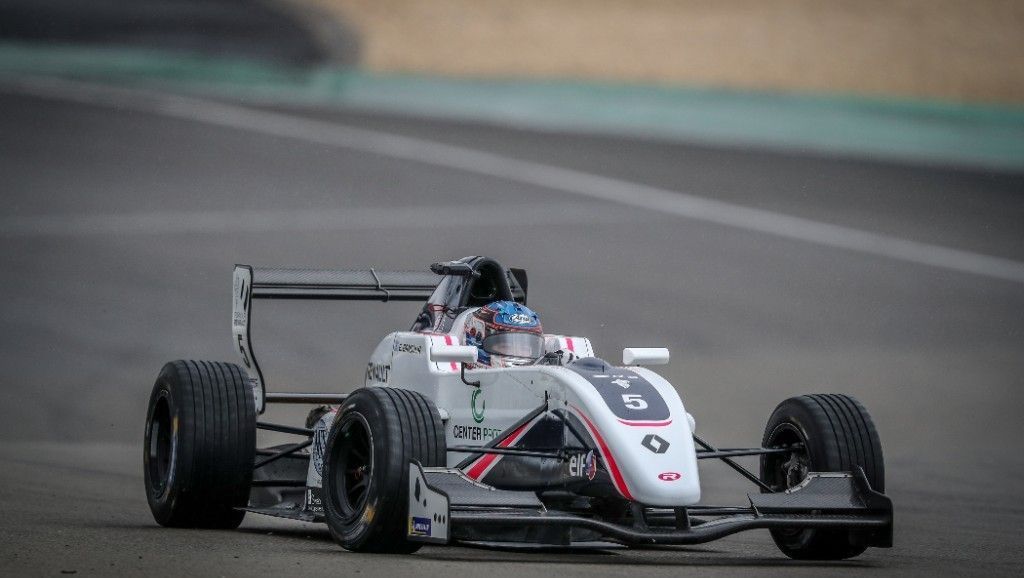 The 2018 Formula Renault Northern European Cup season gets underway this weekend with a double header at the iconic Pau Grand Prix in southern France.

The championship returns for a 13th season with a clear objective in mind; to bridge the gap between regional single seater categories and the Formula Renault Eurocup, the next stage on Renault Sport Racing’s junior single seater development programme, with a healthy entry list in place for the curtain-raiser.

For the NEC field, the weekend also marks the end of a long winter period of preparation, and the opportunity to finally pit themselves against one another competitively.

Anders Motorsport have expanded their organisation from last Autumn, with karting aces Phil Hill and Doureid Ghattas making the step up to international single seater racing.

Sharon Scolari and the Swiss ScoRace outfit are also newcomers to the category, having made the switch from GT racing earlier in the year.

Gabriel Gandulia has been meticulous in his preparation with reigning NEC Champions R-ace GP, including several shared tests with the Formula Renault Eurocup field, and will be one to watch.

Also on the entry list are several of the Eurocup’s most successful outfits, with a focus on using the street race to prepare for the championship’s support race slot at the world-famous Formula 1 Monaco Grand Prix at the end of the month.

MP Motorsport’s Christian Lundgaard has hit the ground running in 2018 and leads the Eurocup standings, and with 2017 Pau race winner Alex Peroni alongside the Dutch squad look primed to challenge for silverware this weekend.

Thierry Malhomme (Lano Racing Team), Nicolas Melin and Nicolas Pironneau (Formula Motorsport) are all familiar with the 2.0 litre, Tatuus-engineered Formula Renault car from the VdeV series, but Pau represents their greatest test against the best on the continent.

For 2018, the championship retains a free-to-air online streaming package for spectators, utilising both the series’ YouTube and Facebook platforms to increase engagement.

Race sessions will be streamed live with English commentary, with fans able to keep abreast of the latest updates from all other sessions through the championship’s social media platforms.

View from the Cockpit:

“Testing has been really productive, particularly the dates at Monza and the Nurburgring with the Eurocup drivers. Hopefully we can put everything we’ve learnt into practice this weekend at Pau.

“I’ve been training on the simulator with the team, and although it doesn’t have many corners this circuit is quite complex and leaves no room for error. The main objective is to finish all the sessions because it’s my first time on a street circuit, and then step-by-step we’ll build up to being competitive.”

“Testing has gone really well, but I realise both me and the team have plenty to learn because it’s very different to driving a GT car. It’s going to be very challenging but I can’t wait to get started.

“I’m look forward to being on a street circuit, it’s a completely new experience for me. The objective is to lap competitively and get a true measure of where we are compared to the rest of the field.

“It’s great being able to share a grid with the Eurocup drivers and I expect to learn a lot this weekend in as short a time as possible. It’s very important for me to compete here.”

“I’ve already done some simulator practice and watched video footage from previous years in Pau to prepare for the weekend. It’s a great event, held on a really fun circuit to drive.

“The competition is going to be tough with the experienced guys from the Eurocup joining us, but I think I can learn a lot and that’ll only serve to help my development. Testing with Anders Motorsport has been very promising ahead of the new season, particularly last time out at Hockenheimring.”