The FIA Formula E Championship revealed the dates for the 2018/19 pre-season test to take place in Valencia, Spain.

The two-day test which will mark the first official on-track presence of the new-for Gen2 cars will take place in October at Ricardo Tormo circuit in Valencia – a shift from UK’s Donington Park which has hosted the pre-season tests of the all-electric series so far.

The test will not be held on consecutive days either but apart by two days with Day 1 on Tuesday, the October 16 and Day 2 on Friday, the October 19. The days will be divided into two sessions as per the normal routine in the previous runs.

The morning session will take place between 9-12 PM with the afternoon session between 2-5 PM with all the 11 Formula E teams taking part with their 22 drivers to prepare for the new season which starts in Saudi Arabia on December 15, 2018.

The test days will be open to general public as well. So far majority of the teams have had private running with their Gen2 machines in different parts of Europe. The Season 5 features an extra team with HWA AG entering as a private outfit using Venturi’s power train.

There are couple of changes to some of the existing teams as well as Renault gives way to partner company Nissan, while Techeetah switches to DS power with Virgin Racing moving to Audi. As for the drivers, most of the seats remains to be filled up for the new season. 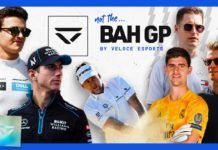 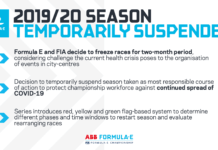 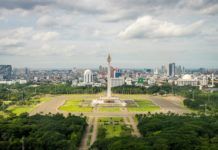