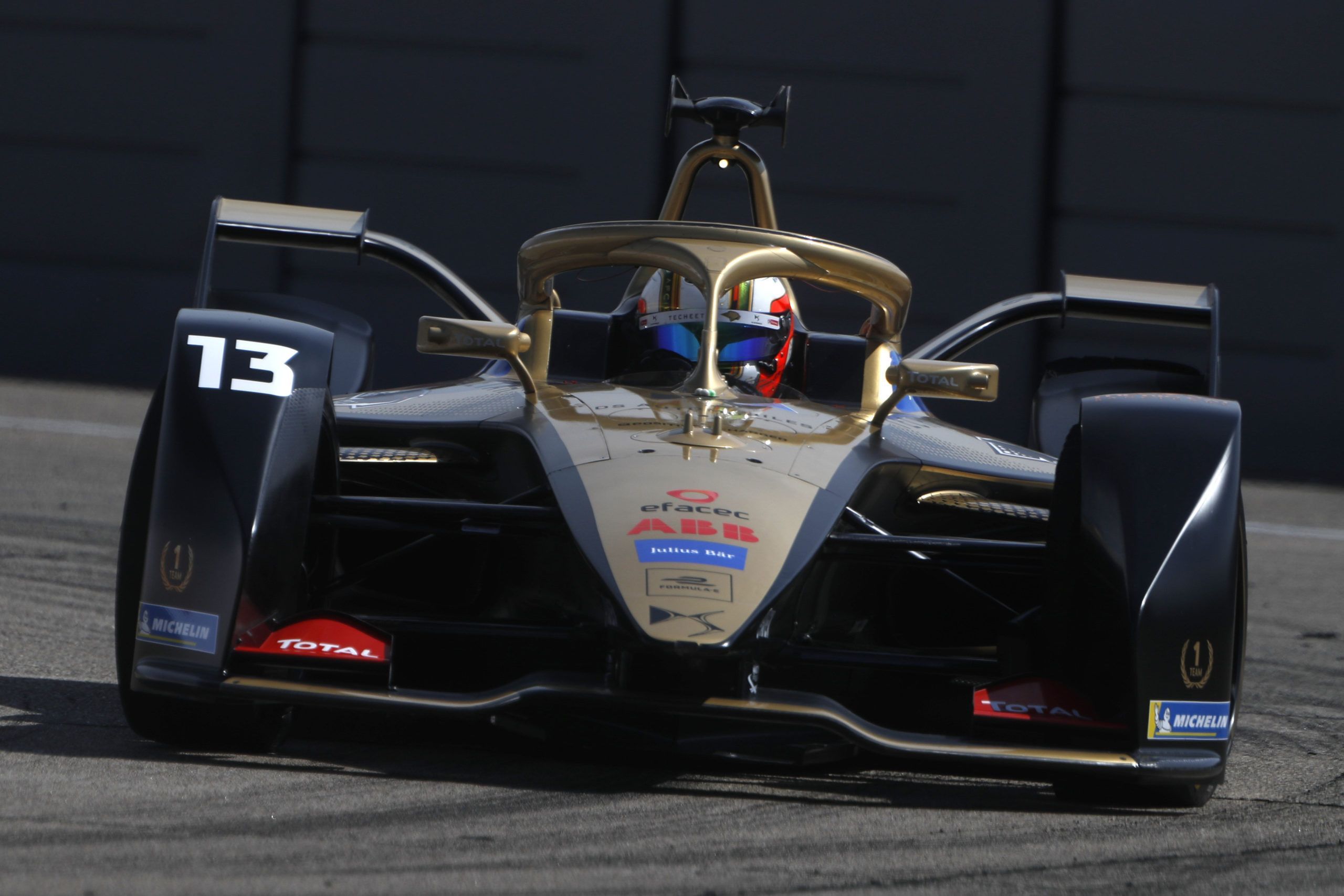 Pole-sitter DS Techeetah’s Antonio Felix da Costa had a steady start in first Formula E race in five months at Berlin as they ran in the opposite direction of the original Templehof circuit, with teammate Jean-Eric Vergne right behind him.

Porsche’s Andre Lotterer was third with Nissan’s Sebastien Buemi fourth from Mercedes’ Nyck de Vries and Mahindra Racing’s Jerome D’Ambrosio. His new teammate Alex Lynn was the only gainer to be 10th from 11th inside the Top 10.

While the Frijns retired immediately, Gunther continued on. The re-start, though, worked well for da Costa as Bird made up two places on D’Ambrosio and Buemi to be sixth with de Vries making up one place on Lotterer when he couldn’t deploy the Attack Mode.

At the back, Massa was losing places and dropped outside the Top 10 when he crashed out as the officials deployed a Full Course Yellow. The re-start was ballistic behind da Costa as teammate Vergne was too slow to drop to the lower half of the Top 10.

Bird was the man on charge as he cleared Vergne, de Vries and Lotterer to be second with the German in third from the Dutchman. His teammate Stoffel Vandoorne came through from nowhere to be fifth with D’Ambrosio back up to sixth ahead of Buemi.

Vergne was eighth with Gunther in ninth as his small nudge to Evans led him to a spin and drop back. Audi’s Lucas di Grassi was 10th having started from the back but at the front da Costa just made it over the line to win Race 1 of Berlin Formula E rounds.

He crossed with zero percent of energy as Lotterer and Bird rounded out the podium positions after the German re-passed the Brit to take second. De Vries was fourth to register his best result as D’Ambrosio passed Vandoorne to fifth.

Buemi slotted in seventh from Gunther, di Grassi and BMW Andretti’s Alexander Sims, who got the final point after the Brazilian nudged Vergne into a spin on the final lap. Audi’s Rene Rast did a solid job to be 11th with Venturi’s Edoardo Mortara in 12th.

UPDATE: Gunther has been disqualified for over-usage of energy as he loses eighth. His loss helps Formula E debutant Rast to score his first point in 10th as di Grassi is eighth and  Sims ninth. Mortara, Jani, Lynn, Evans, Rowland, Calado, Turvey, Abt, Camara all gain.