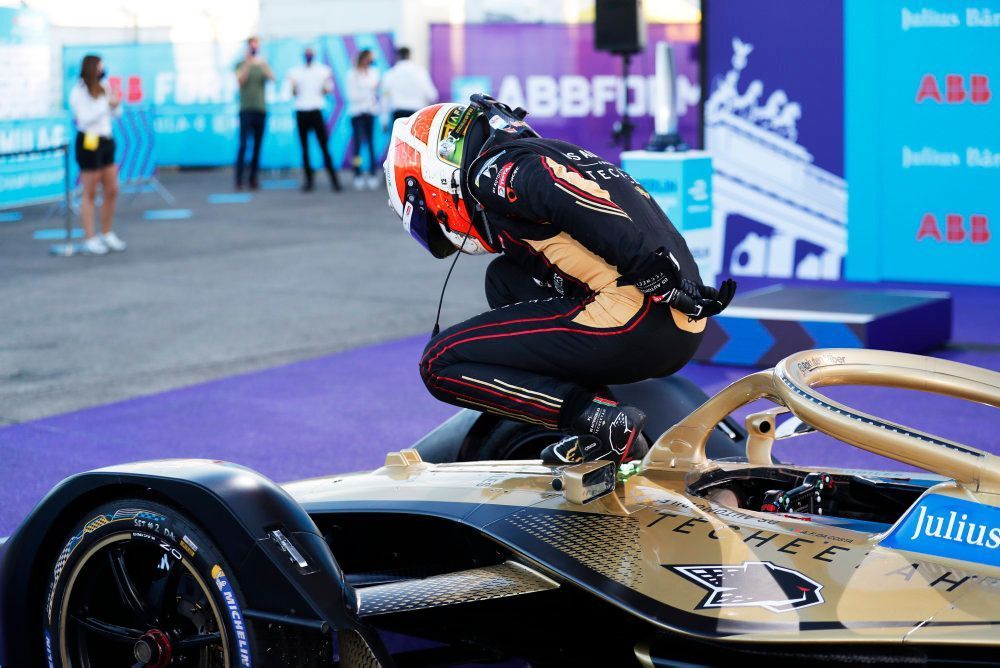 While da Costa led the way, Lynn started to drop down the order to be sixth as de Vries was overtaken by both Frijns and di Grassi in the Top 4, where the latter cleared the Dutchman just after a brief Full Course Yellow period to clear debris on track.

A second FCY period saw Lynn drop out of the Top 10 as he couldn’t take the Attack Mode as moments later de Vries slowed down to retire. He was put under investigation for leaving his cockpit as a third FCY was initiated by Formula E Race Director.

The third re-start bode well for da Costa as he continued to lead with Buemi right behind him. The Swiss racer briefly lost second to the Brazilian when taking the Attack Mode but re-took the position. The Audi racer had passed Frijns to be on the podium spot.

With one Mercedes out, the other with Stoffel Vandoorne driving was having a fun time. Having pushed himself inside the Top 10, the Belgian made a fantastic move on Rowland and Bird to be fifth as the Envision Virgin racer was also able to pass the Nissan racer.

Rowland hung on to seventh with Vergne re-gaining places to be eighth with Venturi’s Edoardo Mortara and Porsche’s Andre Lotterer also making up places to be ninth and 10th as Lynn dropped outside the Top 10.

At the front, though, it was no stopping da Costa as he secured Race 2 of Berlin Formula E finale with Buemi ending up second and di Grassi holding off Frijns, Vandoorne and Bird for third with Rowland in a distant seventh.

The Top 10 was closed off by Mortara, Lotterer and Vergne as Lynn missed a points finish in 11th from Jaguar Racing’s Mitch Evans, Audi’s Rene Rast, GEOX Dragon’s Nico Mueller and Mahindra’s Jerome D’Ambrosio in Top 15.