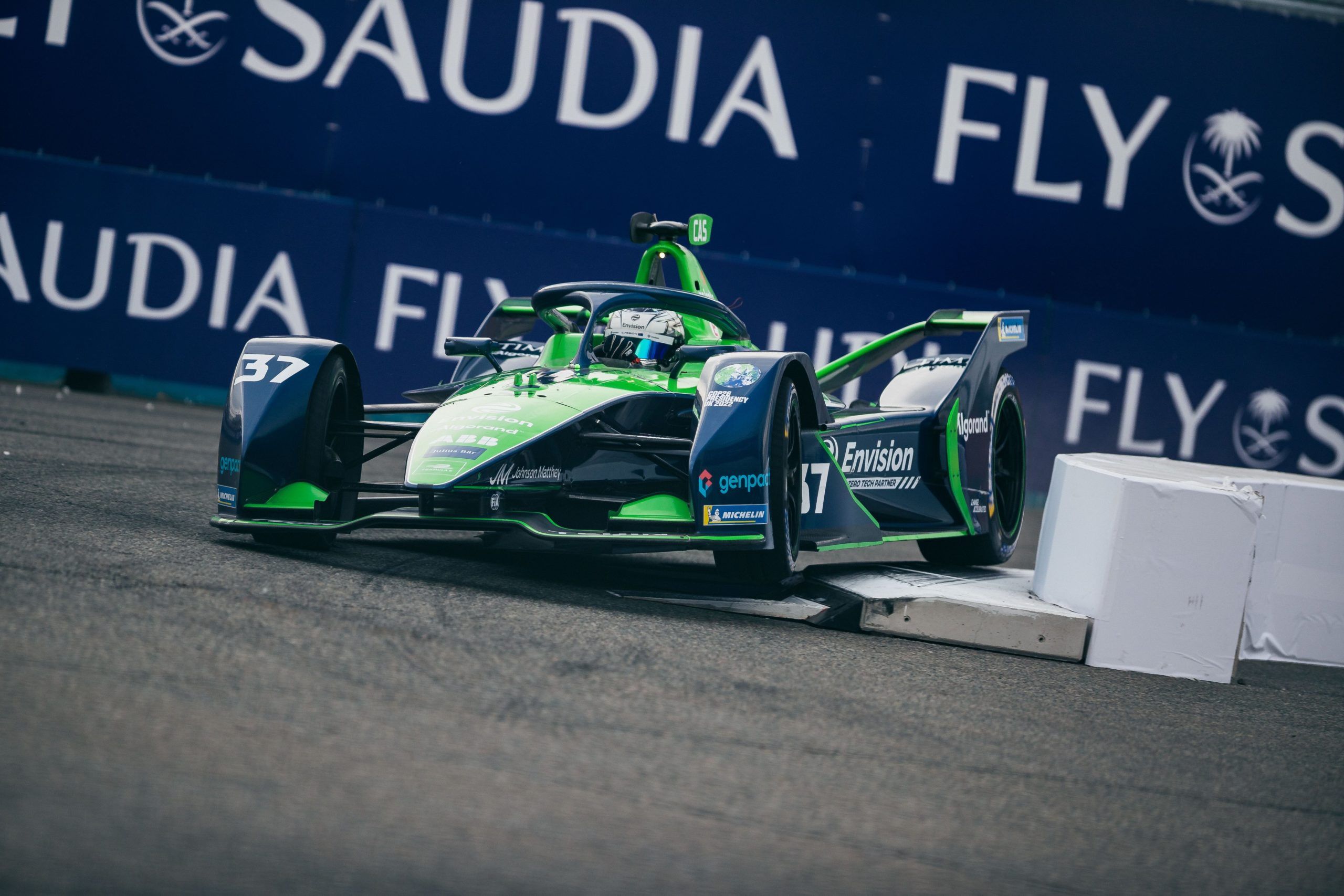 With conditions initially back to the more recognisable hot, humid New York City July weather after the qualifying drizzle, polesitter Cassidy was able to fire clear of Vandoorne, before the Mercedes-EQ was swallowed up by swift starting ROKiT Venturi Racing of di Grassi and the Nissan of Buemi.

Meanwhile, title contender Jean-Eric Vergne (DS TECHEETAH) found himself facing backwards and 30 seconds down on the pack after a spin midway around the opening lap. Disastrous for the Frenchman’s championship challenge, who was hit as the pack concertinaed by Mitch Evans (Jaguar TCS Racing) – himself nudged by one of the DRAGON / PENSKE AUTOSPORT machines.

Two ATTACK MODE activations required in this one, and Sims, Mortara and Dennis in seventh, eighth and ninth were first to make the jump on Lap 5. Frijns and Wehrlein followed a lap later, with the Dutchman able to hold fifth and set off after Vandoorne – who he’d pass when the Mercedes-EQ driver jumped for his first 30kW boost.

Di Grassi was the last to blink but couldn’t quite keep Cassidy behind – the Kiwi once again to the front of the pack when it all shook out. The big loser? Vandoorne who’d slipped four places from the start to fifth. Jake Dennis (Avalanche Andretti), meanwhile, had climbed five spots to eighth amid a flurry of Fastest Laps.

Mortara’s back and forth with Nyck de Vries (Mercedes-EQ) continued with the latter making it by the former again on Lap 16 after the reigning champ had made the decision to go for his second ATTACK MODE boost. De Vries then sent it up the inside of Dennis into Turn 1 to turn eighth into seventh spot.

Through the second round of activations, Vandoorne was able to make a spot up on Buemi to take a provisional third on Lap 20 – every place counts for the Belgian with Mortara running only ninth, and the others in the top four well out of the points-paying positions. On Lap 23, Vandoorne made another key move stick – this time on Mortara’s teammate di Grassi up the inside of Turn 5. The Brazilian’s defence had broken and now Stoffel had eyes on the rear of Cassidy’s Envision and a maximum score – Mortara still marooned in ninth.

Di Grassi wasn’t having that for long, though. Spying his chance after four laps, he swept to the inside of Vandoorne at Turn 1, with Frijns following – nudging Vandoorne down to fourth in another key twist in the points race. Mortara, meanwhile, had stealthily made it as high as fifth after going late for his second ATTACK MODE boost – right behind his nearest rival as it stood.

The race took a complete turn heading into the final 10 minutes, though, with heavy rain leaving standing water over half the circuit – most notably at the end of the back straight on the approach to Turn 6. The leaders hit the water first and were powerless to prevent their cars skating into the barriers – with Cassidy being followed by di Grassi and Vandoorne while Frijns and Mortara picked their way through.  The race had to end there with a Red Flag and on countback, the win went the way of Cassidy for his first in Formula E to the delight of the Envision Virgin team and crew.

#ABBFormulaE #NYCEPrix The EPrix will NOT be resumed. Standings as on the penultimate lap before the RED FLAG. This means that Cassidy wins round 11. #MsportXtra @FormulaEZone pic.twitter.com/wVRqelMH4s