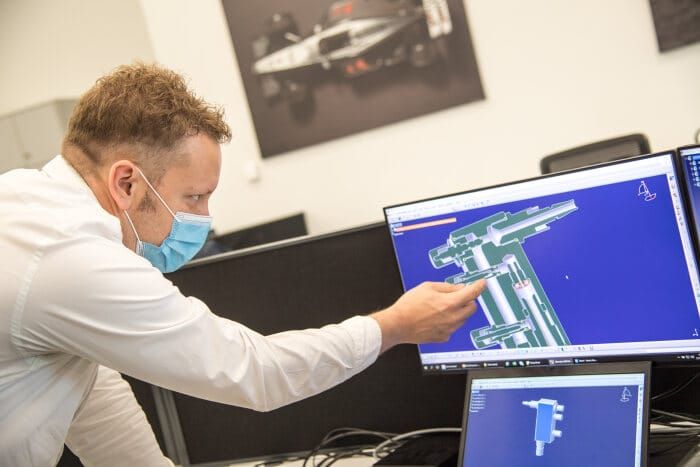 Former Mercedes HPP engineering head Ben Hodgkinson has been honoured by the Queen in the 2022 New Years Honours list.

After Mercedes’ Lewis Hamilton was announced to receive the Queen honours in 2021 list, the German manufacturer has added another personnel for the second successive season, this time it is a team member at Brixworth for his COVID-19 work.

Hodgkinson and his team worked during the stoppage due to the COVID-19 pandemic, where they created a new continuous positive airway pressure (CPAP) device. He was honoured by the British Empire Medal (BEM) for his aide to NHS.

“I am proud that I did it but I also do not feel as worthy as some,” said Hodgkinson to the Chronicle & Echo. “What I did was work incredibly hard for about three weeks. There are doctors and nurses who have been working in these conditions, day and night, for months and months.

“I helped as much as I possibly could and it was something that I knew how to do. It was just my duty. In my head I had the device looking like something off Wallace and Gromit. It turned out to be quite a small plastic block with three valves and I took it back to the labs at UCL and worked out how it worked pretty quickly,” summed up Hodgkinson.

This is not the first honour for him as the Royal Academy of Engineering already honoured him earlier in the year for his work on the CPAP under Project Pitlane. He and his team prepped up the order of 10,000 devices – by the Government – at Brixworth.

But he missed couple of weeks as he caught COVID-19 himself in March 2020. Interestingly, his designs were also taken up by NASA. “I’ve worked in Formula One for 20 years,” continued Hodgkinson. “You’re pushed hard and it’s quite stressful but you have this mental retreat that it’s only racing, it’s not life or death.

“But this was life or death. The few hours sleep I stole I felt guilty about. I just felt terrible leaving each morning.” Regarding NASA, he added: “As an engineer we always joke and say ‘it’s not rocket science’. Then, all of a sudden, NASA download your designs and you think, maybe it is?”

“When I got COVID, fortunately I didn’t need one of my own devices but while I was in bed, I kept being sent videos of them being used. It was very emotional. The honour from the Queen was completely unexpected. It’s a hell of a thing,” summed up Hodgkinson, who has since moved to Red Bull Powetrain as its Technical Director from this year.

Here’s the news of his hiring

Here’s Mercedes with the 2022 tease