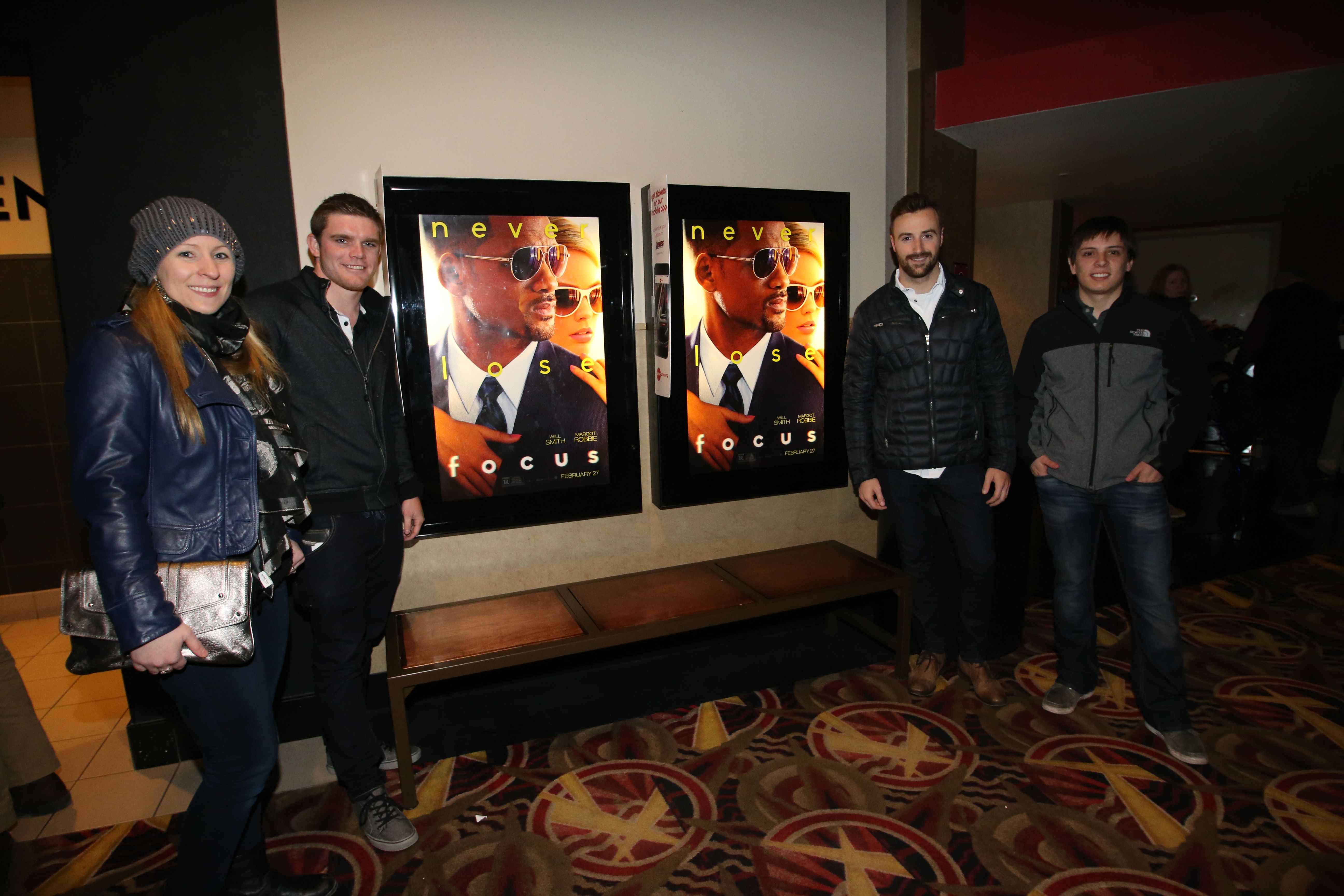 Race fans will recognize the familiar sound of a Verizon IndyCar Series car when heading to theaters Feb. 27 to catch the opening of “Focus,” a Warner Bros. Pictures film starring Will Smith and Margot Robbie.

Scenes with Verizon IndyCar Series cars were shot at NOLA Motorsports Park, which hosts the inaugural Indy Grand Prix of Louisiana on April 12, across the Mississippi River from New Orleans. Indianapolis 500-winning team owner and former Indy car driver Bryan Herta of Warren, Mich., and Carlos Muñoz, the 2014 Sunoco Rookie of the Year from Colombia, made their feature film debut.

“We were approached about providing cars for the movie and two other drivers had conflicts, so I thought, ‘What the heck; I’ll drive it,'” said Herta, who resides in Valencia, Calif. “I hadn’t driven an Indy car since ’06 or the new car ever, so I thought it would be fun to get in the car and see what it feels like for first-hand knowledge.

“Obviously, movie driving is a little different than racing, but it was still good to get out there and feel the downforce, the power and all those sensations again,” he continued. “I think the contract said we couldn’t go over 100 mph. I’m not going to say we didn’t though.”

Muñoz, 23, who resides in Miami, said he’s eager to point out the racing scenes to his friends on the big screen.
“After those days, I knew for sure I wanted to be a Hollywood star,” the Andretti Autosport driver laughed. “It was my first time with such an experience and probably my first and last time in a movie. I’m looking forward to seeing the movie and how our scenes turned out. I think it’s great for INDYCAR to be featured in such a manner.”

Leading up to the movie opening, several Verizon IndyCar Series race markets will play host to private screenings organized by Warner Bros. Show cars will be present at screenings in Tampa, Milwaukee, New Orleans, Indianapolis and Detroit. Drivers Ed Carpenter and Jack Hawksworth will be on hand to introduce the movie in Detroit and Milwaukee, respectively. Bryan Herta Autosport driver Gabby Chaves and Schmidt Peterson Motorsports’ James Hinchcliffe will attend the Indianapolis screening.

Verizon IndyCar Series driver Graham Rahal and his fiancée, Courtney Force of NHRA fame, will join the star-studded red carpet premiere at the famed TCL Chinese Theatre in Los Angeles on Tuesday, Feb. 24. Rahal, son of Indianapolis 500 winner Bobby Rahal, and Force, daughter of NHRA legend John Force, announced their engagement and the joining of two of racing’s most well-known families in November. The No. 15 Midas Indy car, which Rahal drove in 2013, is featured in the movie.

“Aligning the stars and cars of the Verizon IndyCar Series with the stars of a major motion picture like ‘Focus’ made a lot of sense to us,” said Mark Miles, CEO of Hulman & Company, the parent company of INDYCAR and Indianapolis Motor Speedway. “Warner Bros. and the entire ‘Focus’ production staff have been great partners throughout this process, and we look forward to positioning our brand with more of these opportunities in the future.”

“Focus,” written and directed by Glenn Ficarra and John Requa (“Crazy, Stupid, Love.”) centers around Nicky (Smith), a seasoned master of misdirection who becomes romantically involved with novice con artist Jess (Robbie). As he’s teaching her the tricks of the trade, she gets too close for comfort and he abruptly breaks it off. Three years later, the former flame – now an accomplished femme fatale – shows up in Buenos Aires in the middle of the high stakes race car circuit. In the midst of Nicky’s latest, very dangerous scheme, she throws his plans for a loop and the consummate con man off his game.