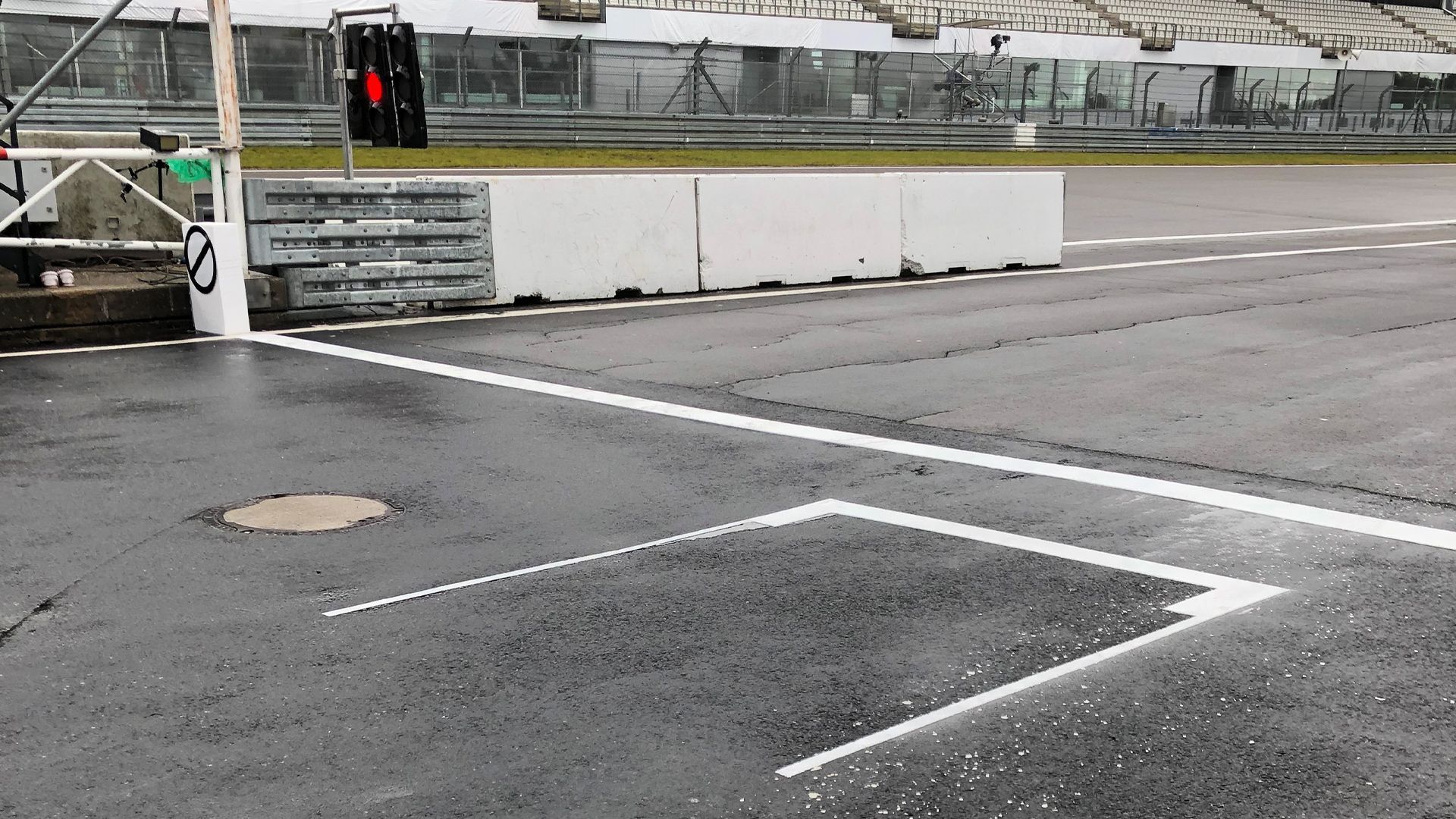 The FIA has marked a space for practice start during the F1 Eifel GP after Russian GP debacle as a Mercedes member has tested positive for COVID-19.

After the issue with practice start in Russian GP, where Lewis Hamilton was penalised for undertaking it from the wrong place, the FIA Race Director Michael Masi, has marked the space now for the drivers with white borders for this weekend’s Eifel GP.

As is the norm, it will be on the right-side of the pit exit but for the first time, it will be marked by white borders. In previous cases, they used to show it to the F1 drivers and left it on them and the teams to adhere but Russia’s case has forced them to mark it now.

“During each practice session, practice starts may only be carried out on the right-hand side prior to the derestriction line indicated by the white grid marking. Drivers wishing to carry out a practice start should stop on the right in order to allow other cars to pass on their left,” stated the FIA Race Director’s pre-event note.

“Any driver crossing this line must move back to the right of it as quickly as possible. For reasons of safety and sporting equity, cars may not stop in the fast lane at any time the pit exit is open without a justifiable reason (a practice start is not considered a justifiable reason),” the note ended.

There will be two practice start zones, however, one for during the practice sessions and the other one for pre-race as marked by the photo below. The FIA also reminded F1 drivers about track limits at Turn 4, which will be monitored closely during the weekend.

Additionally, there will be two DRS zones for the Eifel GP, one of it can be activated after Turn 11, while the other one after Turn 15. There is also a stewards substitution, with Andreas Witkowsky replacing Felix Holter, as the former will join Gerd Ennser, Mathieu Remmerie and Derek Warwick.

In Nurburgring there will be 2 zones for practice starts.

While the official COVID-19 data will be released by the FIA on Friday for the Eifel GP weekend, Mercedes has confirmed of a positive test for one of its F1 members, who has been sidelined as per the guidelines set by the governing body.

The statement from Mercedes stated: “We can confirm that a team member has tested positive for COVID-19. This has been handled and is being handled in line with FIA protocols, working closely with the FIA.”