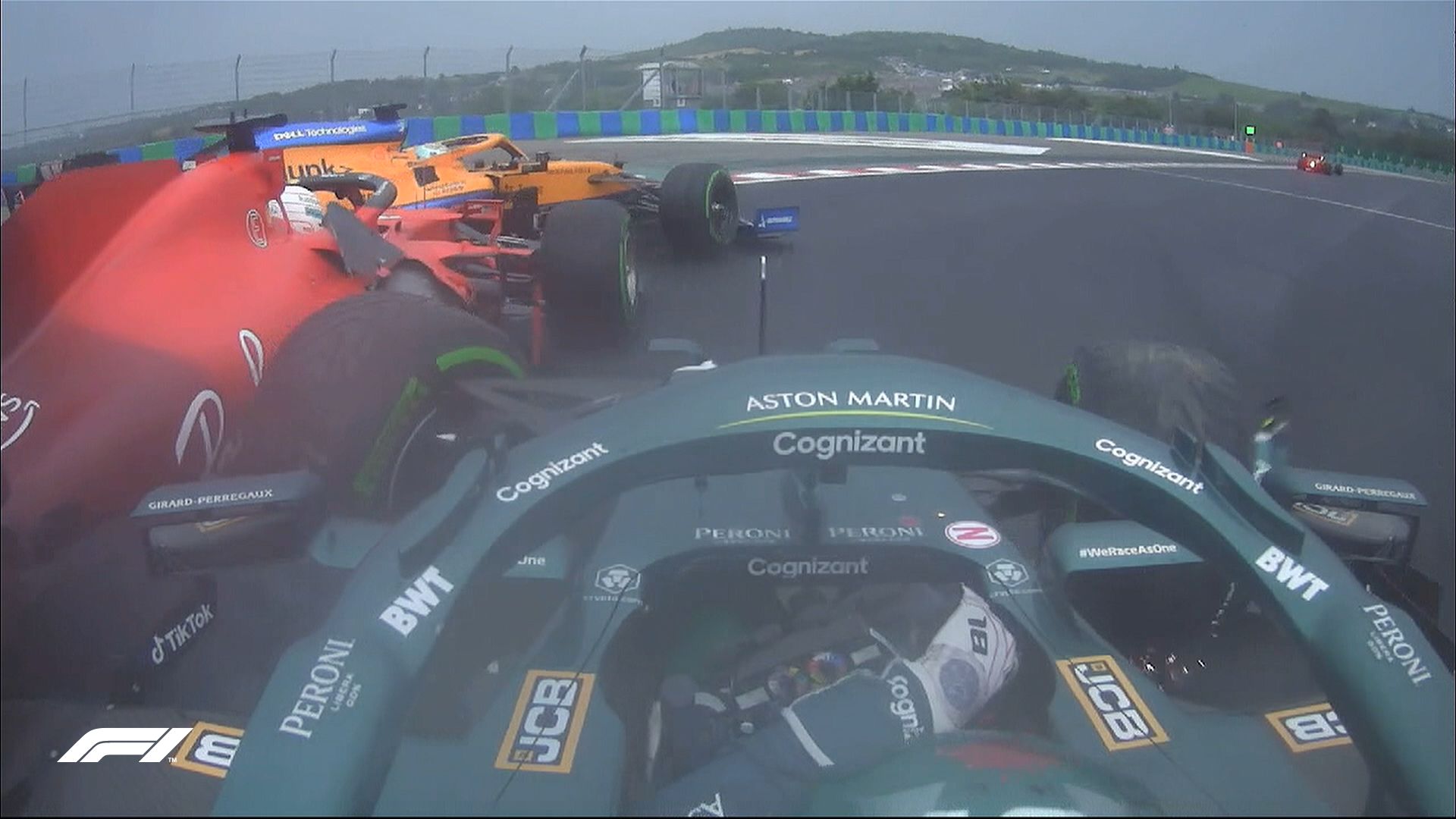 Ferrari has revealed that the damaged Charles Leclerc engine from F1 Hungarian GP is beyond repair amid talks from Mattia Binotto regarding rivals paying the bill.

A heavy smash from Aston Martin’s Lance Stroll to the right-hand side of Ferrari’s Leclerc car at the start of F1 Hungarian GP left a considerable visible damage. With car now back at Maranello, the team has managed to do more checks on the power unit.

Having done so, Ferrari has revealed that the power unit is beyond repair, which means, they will be forced to go on a third after the summer break, which will subsequently push them to take a fourth one, as well, to see-through the 2021 F1 season.

This means that Ferrari will have penalties on their side, while additional financial impact too. “The accident in which Charles Leclerc was an innocent victim shortly after the start of the Hungarian Grand Prix came at the cost of robbing him of the chance of a great result at the Hungaroring,” read a statement from the team.

“However, examination of the number 16 SF21 carried out yesterday in Maranello, revealed that on top of this, the engine was irreparably damaged and cannot be used again, following the impact from Lance Stroll’s Aston Martin. This is a further blow for Scuderia Ferrari and the Monegasque driver.

“This damage has a financial impact and also racing ramifications, given that over the remaining 12 race weekends this season, it is highly likely the team could be obliged to fit a fourth ICE to Charles’ SF21, thus incurring grid penalties.” While Leclerc was still on his second engine, Carlos Sainz already took his third at Hungaroring.

The timing of the release is interestingly amid the same topic raised by Red Bull, who are not certain about their own engine situation, with both Max Verstappen and Sergio Perez. While the Dutchman started the weekend using the Silverstone power unit, but was forced to switch a new one – his third from the pool.

If the Silverstone power unit is not repairable, it will push Verstappen onto a fourth one as well, while Perez’s accident at Hungaroring means, he is also in a vulnerable position. Christian Horner has already raised the issue of budget cap limitations, as Ferrari chief Mattia Binotto added about rivals paying the bills for such crashes.

“I think there is value for discussions in the near future with the other team principals, FIA and F1,” said Binotto to written media, including BBC, Motorsport Network, Racefans.net, Motorsport Week and more. “Obviously if you’re not guilty, having such damage in the budget cap is something which is even more of a consequence now.

“Should we add exemptions? I’m not sure that’s the solution. I think it may be very difficult to be policed. But I think that what we may consider is that if a driver is faulty, the team of the driver should pay at least to the other teams for the damages and repairs. That will make the drivers more responsible.”

Here’s what was said by drivers in Lap 1 carnage