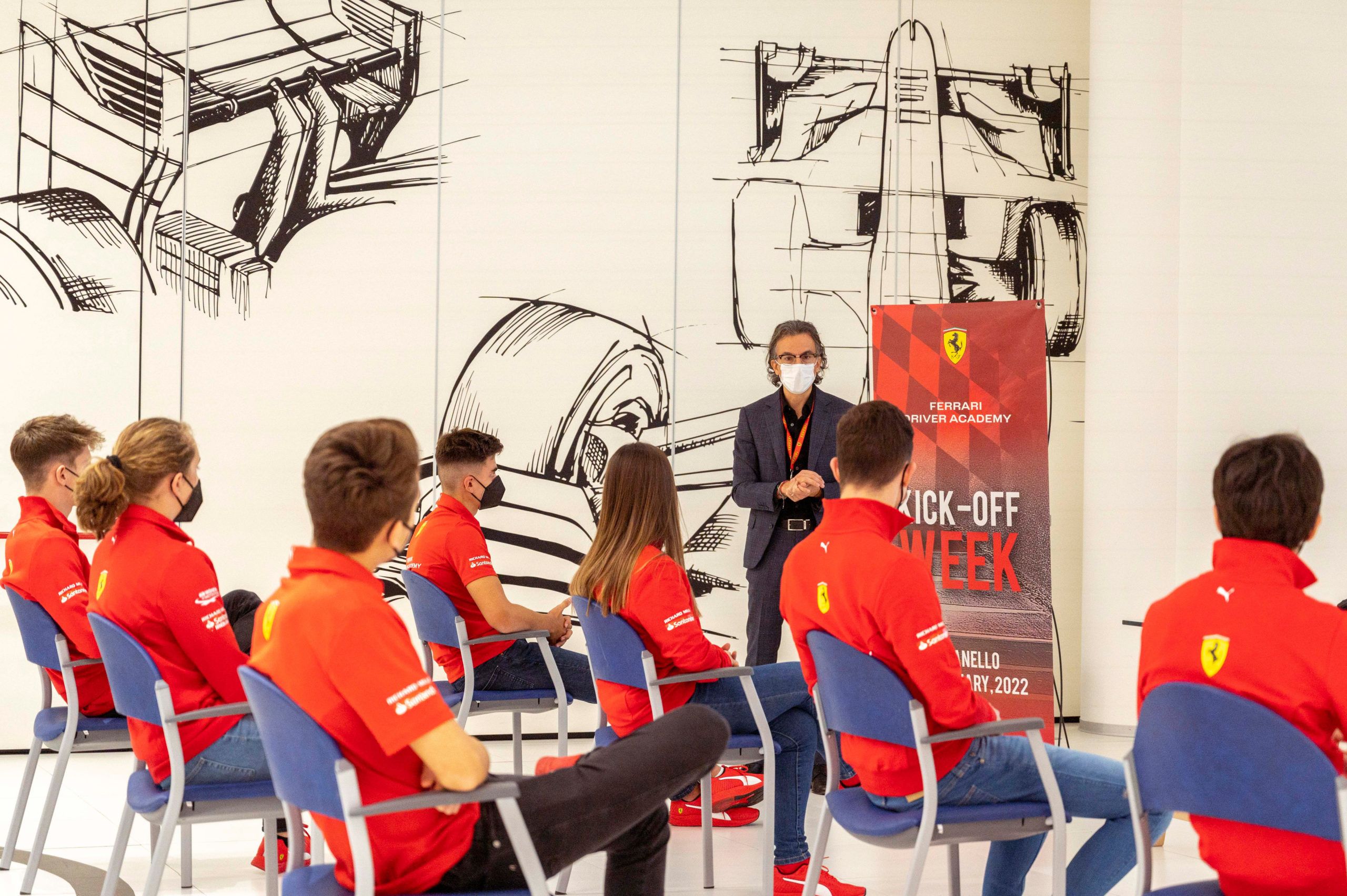 Ferrari has revealed nine drivers in its F1 academy for the 2022 season, whereby Callum Ilott will have a ‘gap year’ while racing in US.

Ferrari has retained six drivers from the 2021 season with three new drivers joining the academy for the 2022 season. Carrying on this year are Mick Schumacher, Robert Shwartzman, Arthur Leclerc, Dino Beganovic, Maya Weug and James Wharton.

The three to join this year are Oliver Bearman, Rafael Camara and Laura Camps Torras. While Marcus Armstrong has been dropped after five years with them, Ilott will have a ‘gap year’ considering he will be racing in IndyCar with Juncos Racing.

Seven from the nine drivers joined an integration and pre-season programme at Maranello this week, with Schumacher and Shwartzman – the two experienced pair – not present for it as they were busy working with Haas and Ferrari F1 teams, respectively.

Shwartzman was announced as Ferrari F1 test driver at the end of the 2021 season with his racing programme not yet revealed. Among the drivers racing, Leclerc and Bearman will compete in FIA F3 series, whereas Beganovic will continue in Formula Regional Europe.

Weug, meanwhile, will continue to race in Italian F4 along with Wharton and Camara having their first full year in the single-seater championship. The trio will also compete in few selected rounds of the ADAC (German) F4 Championship.

Torras will continue her karting programme and will look to make her single-seater debut in F4 later in the year. All of the drivers attended the camp which will run from January 11 to 14, which featured Marco Matassa – the Head of the FDA – Mattia Binotto and Laurent Mekies, at Maranello.

As known, Antonio Giovinazzi, Antonio Fuoco and Davide Rigon will remain as the Ferrari simulator drivers, where the former F1 driver Giovinazzi is also the reserve driver who will be available as a substitute to Haas and Alfa Romeo as well.

“The 2022 Ferrari Driver Academy intake starts its journey today,” said Binotto. “It’s always a significant day for the girls and boys involved and also for Scuderia Ferrari, because this programme is an important part of what #essereFerrari means. The FDA’s role is not simply to get the best out of the most talented youngsters and lead them to race our cars in Formula 1, it is also about forming people and drivers who are able to make the most of the values that Scuderia Ferrari represents.

“This year, seven young men and two young women will work towards their ultimate goal of racing in Formula 1. In 2022, 20% of the F1 grid is made up of past and present FDA students. The dream for them and for us is to do the same as Charles Leclerc, who is about to start his fourth season racing for the Scuderia. I wish each and every one of them the best of luck as they progress through the season, which I am sure they will tackle with the will to learn and above all with a smile, because being a racing driver is one of the best jobs in the world.”

At the same time, Matassa added: “For the Ferrari Driver Academy, the start of a new season is a serious moment, even more so this year: with the ongoing pandemic, it’s wonderful to be able to again open the doors of the Gestione Sportiva to our youngsters. We will be looking after nine students and will support them with our experience, helping them to make their way in the ultra-competitive environment of single-seater racing.

“In 2021, we sowed the seeds, with many of our youngsters tackling their category for the first time and I expect that this year we will see them blossom. We want to see more wins and our drivers fighting for the title in at least two categories. I also want to wish our new intake – Oliver, Rafael and Laura – the very best of luck.

“They definitely have what it takes and I expect them to confirm the quality of our selection process, based on partnerships with ACI, Tony Kart, Escuderia Telmex and Motorsport Australia, as well as the FIA Women in Motorsport Commission’s Girls on Track – Rising Stars programme which we believe in strongly.”

Here’s Ferrari on not developing car in 2021

Here’s news on Antonio Giovinazzi and others