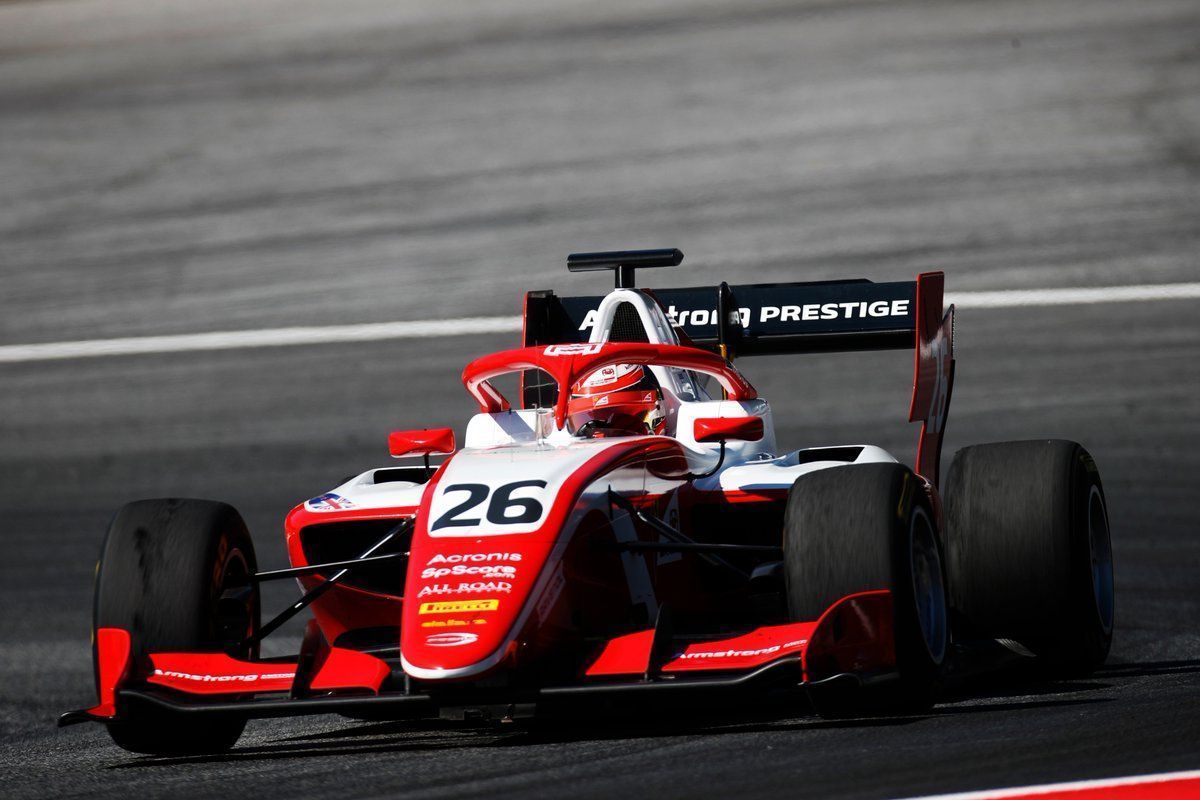 The early lead was with F3 points leader and Prema’s Robert Shwartzman at Red Bull Ring with Jehan Daruvala and Armstrong also in the mix. However, a mechanical issue ended Shwartzman’s chances as Armstrong and Daruvala started their fight.

The red flag though halted the proceedings with Armstrong ahead of Daruvala. As it went green and with the drivers improving, there was another red flag for Carlin’s Logan Sargeant, who went off at the final corner after getting launched due to the sausage kerb.

The final few minutes was a scramble as Ferrari junior Armstrong put in a 1m19.716s to secure his first F3 pole for the feature race at Red Bull Ring with Renault junior and ART Grand Prix’s Max Fewtrell (1m19.839s) improving as well to take second.

Even though Campos Racing’s Sebastian Fernandez (1m20.204s) rounded out the Top 10 but the Spaniard has a three-place penalty which will see him start from 13th. As a result, Sauber Junior Team by Charouz’s Lirim Zindelli (1m20.234s) takes 10th.

Even though Shwartzman wasn’t able to improve, the Russian still managed to set the 12th fastest time – and will start from 11th, ahead of HWA Racelab’s Bent Viscaal. Fernandez will be 13th with MP Motorsport’s Richard Verschoor 14th and Trident’s Devlin Defrancesco 15th

UPDATE: Following the post-race checks, the stewards have handed penalties to multiple drivers with big penalties to Lundgaard and Beckmann for a serious breach of operational regulations where their physios worked as a team member in the session.

The duo have been disqualified from the results but are allowed to start from the back of the grid. Additionally, both Andres and Deledda failed to slow down under the double yellow flag and so they have been given five place grid penalties.

The F3 statement in full:

Firstly, ART Grand Prix duo Lundgaard and Beckmann have both been disqualified from today’s F3 qualifying result, with their lap times from the session cancelled. It was found that two team members who are not on the operational staff list were involved in actions impacting the mechanical and engineering operation of the cars.

Having considered the matter extensively, the Stewards determined that the actions of the drivers’ physios were a serious breach of the Operational Staff regulations which are designed to be a key cost limiting component for the Championship. Both Lundgaard and Beckmann – who had qualified P5 and P9 respectively – have been given permission to start Race 1 from the back of the grid.

Moreover, it was found that Andres and Deledda failed to slow sufficiently under double waved yellow flags in sectors 5 and 6, during an incident at Turn 4, when marshals were recovering Robert Shwartzman’s beached PREMA Racing car. As such, they received a drop of five grid places for Race 1 tomorrow, ahead of Lundgaard and Beckmann.