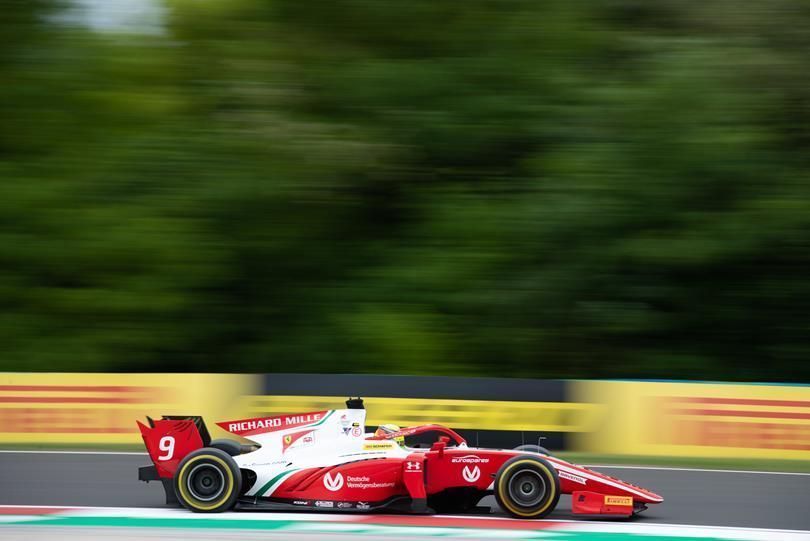 Reverse grid pole-sitter and Prema’s Schumacher made a good start in sprint F2 race at Hungaroring ahead of Carlin’s Matsushita and DAMS’ Sette Camara in the Top 3. MP Motorsport’s Jordan King was fourth with Campos Racing’s Jack Aitken fifth.

The Russian though lost out to Ghiotto with Sauber Junior Team by Charouz’s Callum Ilott also going past. At the front, Schumacher held on as Matsushita and Camara started to squabble. The Brazilian tried a move but couldn’t make it stick.

The Japanese remained ahead as he started to push Schumacher ahead. The two remained together on the track for the remainder of the race as Schumacher managed to hold him off to register his first career F2 win in Hungaroring’s sprint race.

It was also Prema’s first win of the 2019 F2 season as Matsushita settled for second with Camara completing the podium positions – the Top 3 represented by Ferrari, Honda and McLaren. King hurried Camara towards the end but settled for fourth.

The two also had Aitken on their tail but the British-Korean racer also couldn’t make the move to be fifth as F2 points leader de Vries managed to hold down title rival Latifi for sixth, with Ghiotto scoring the final point in eighth.

Ghiotto’s teammate Guanyu Zhou was ninth with Ilott rounding out the Top 10. There was some fights in the lower half which saw a small contact between Campos Racing’s Arjun Maini and BWT Arden’s Tatiana Calderon, which resulted in the latter’s retirement.