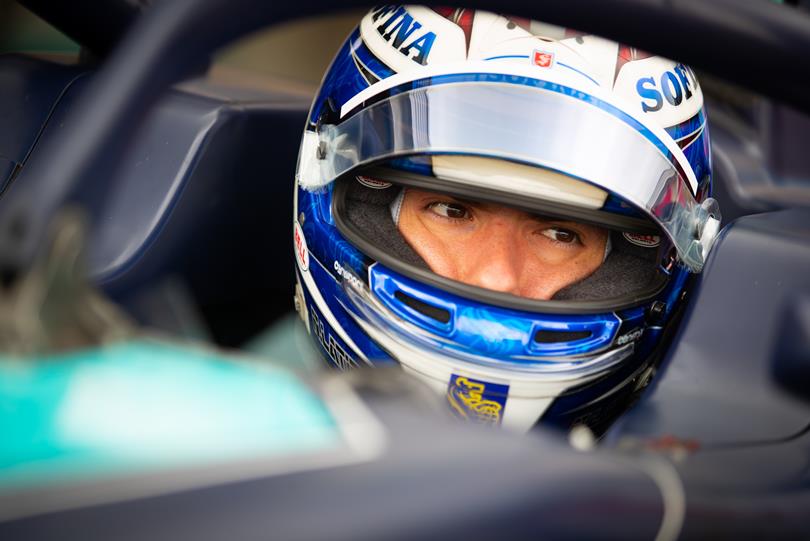 DAMS’ Latifi made a rocketing start in F2 feature race at Hungaroring as the Canadian took the lead from pole-sitter and ART’s de Vries as UNI-Virtuosi Racing’s Luca Ghiotto fended off the charge from Prema’s Mick Schumacher to keep third position.

Campos Racing’s Jack Aitken jumped to fifth ahead of a fighting duo of Carlin’s Nobuharu Matsushita and Sauber Junior Team by Charouz’s Callum Ilott as behind them Carlin’s Louis Deletraz came to halt with a suspected engine issue.

A similar issue for Campos’ Arjun Maini slowed him down but he managed to continue on for few laps until his eventual demise at Turn 4 as the Virtual Safety Car was deployed. It was MP Motorsport’s Jordan King in the lead at that time on an alternate strategy.

In the leading pack though, Latifi continued to head de Vries but Aitken made a solid move to get past Ghiotto for net third as Schumacher came under pressure from DAMS’ Sergio Sette Camara, who made his into the Top 10 after starting outside it.

The Brazilian passed him for net fourth as the German’s downward spiral kick-started as he lost places to Matsushita and King then on to be eighth. Both Camara and King were on the charge as they moved up to be fifth and sixth respectively ahead of Matsushita.

At the front, Latifi continued to lead the way from de Vries, who didn’t look to challenge his F2 title rival. A late safety car for Trident’s Ralph Boschung neutralised the race which eventually ended under it to give Latifi his fourth F2 win of the 2019 season.

It is his first in 11 races to claw into de Vries’ points lead but the Dutchman in second did no big harm to his title chances as Aitken did well to complete the podium positions. It was Ghiotto in fourth on the road but a penalty dropped him to sixth as a result.

It promoted Camara to fourth from 12th on the grid as Matsushita was fifth from Ghiotto, King, Schumacher, Zhou and Ilott in the Top 10 as the German secured a reverse-grid pole for the Sunday’s sprint race – the one before the summer break kicks in.

Having been disqualified from the F2 qualifying, BWT Arden’s Anthoine Hubert fought back to be 11th ahead of ART’s Nikita Mazepin, who had his qualifying ruined due to an engine mapping issue. Hubert’s teammate Tatiana Calderon was 16th.