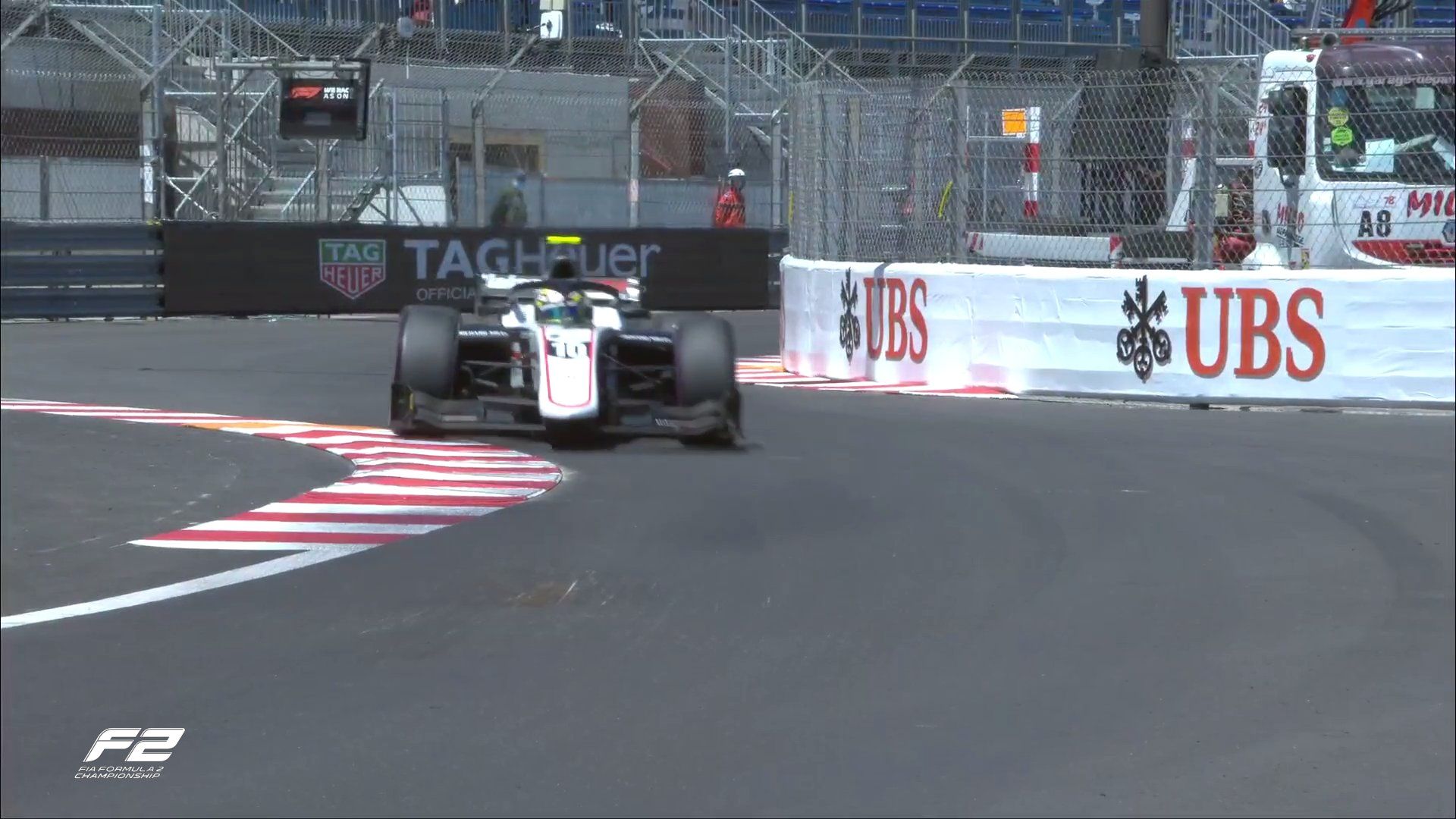 ART’s Theo Pourchaire from Group A was enough to hand him Monaco F2 pole in feature race from Prema’s Robert Shwartzman and Oscar Piastri.

The first part in F2 qualifying in Monaco had the even numbered cars. Considering that Group B runners will hit the track when it is more rubbered in, most of the drivers did not push hard in their first lap and pitted after setting a slower banker lap.

Campos’ Gianluca Petecof and Trident’s Bent Viscaal, though, went for a flying lap and were first and second. The second run saw multiple lead changes with Hitech GP’s Juri Vips going fastest but a bent steering wheel ended his run early, where he was unable to improve.

#F2 #MonacoGP Qually results group A. After his car had been repaired, @BentViscaal has put his @trident_team on P8. Lets see where he ends up after group B. #MsportXtra pic.twitter.com/mvqUKr6FdO

The second group in Monaco F2 qualifying had similar strategy for majority of the runners like seen in Group A, with only Trident’s Marino Sato going for a quick fast lap. It was multiple changes on top, but none were able to clear Pourchaire in the end.

Prema’s Robert Shwartzman ended up fastest with a 1m21.403s, with Carlin’s Dan Ticktum (1m21.589s) in second, while Campos’ Ralph Boschung (1m21.854s) did a superb job to be third from ART’s Christian Lundgaard and UNI-Virtuosi Racing’s Guyanu Zhou in Top 5.

With none able to beat Pourchaire, it handed him pole for Monaco GP F2 feature race on Saturday, where Shwartzman would start alongside him. The Top 10 reverse grid pole for Race 1 on Friday, will see Zhou on pole alongside teammate Drugovich.

UPDATE: The stewards after meeting the HWA Racelab team manager passed the judgement to allow Deledda to start the race but from the last position in Race 1 and Race 3. He will be starting last irrespective of penalties to any other drivers.